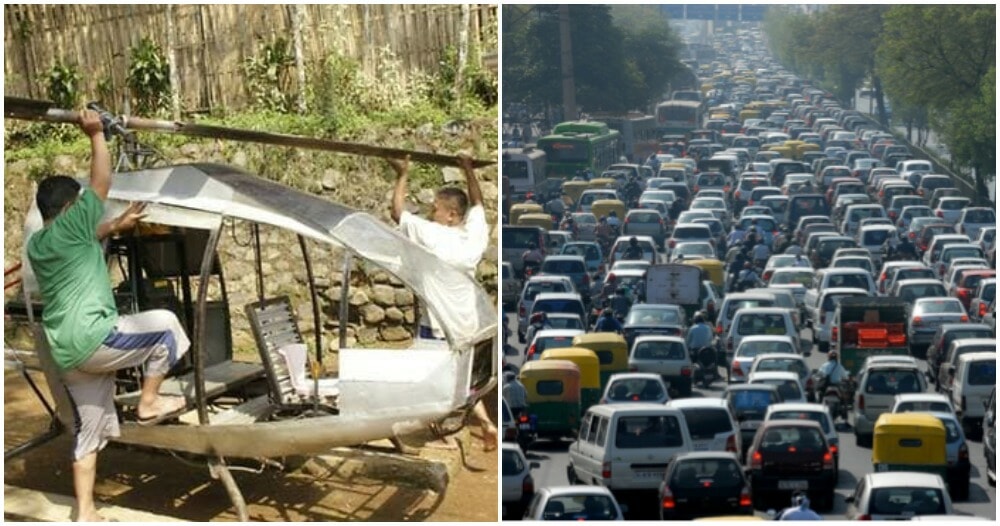 Stuck in traffic? Feeling frustrated ? Well, so are we! According to a study, KL-ites spend 53 minutes stuck in traffic every day! That’s almost an hour! That’s two whole episodes of my favourite show. But yeah, it’s all spent stuck in traffic. Don’t you wish there’s some magical way that would allow you to escape the traffic? This Indonesian man decided he had enough of traffic and decided to build his own escape method.

Jujun Junaedi started building his own helicopter because he was sick of the traffic. He said that not only is it incredibly frustrating but it’s also a waste of petrol and time! 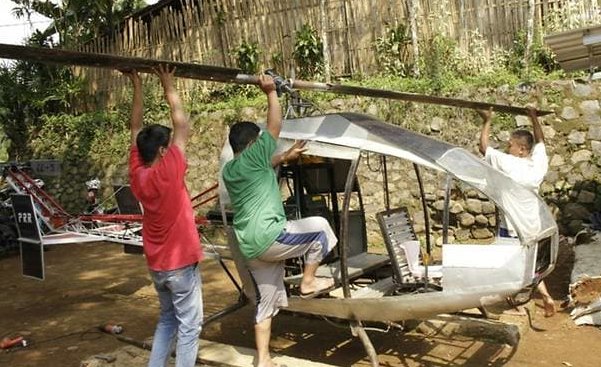 See when I get sick of the traffic, I just take the KTM, but to each their own I guess ?

How is he building it you ask? Well, he bought parts and scraps from his auto repair shop at a total of 30 million rupiah (RM8,885.41) from when he started building it 18 months ago. Even his young son and neighbour were recruited to help him build his helicopter.

“As long as my helicopter takes off then I’ll be satisfied,”

But there also seems to be a problem, as in case y’all haven’t noticed, building a helicopter COSTS MONEY! According to his wife, Yeti, the money spent on the engines and blades was extremely high.

“If everything is spent on this helicopter we’d have nothing left to buy food.” 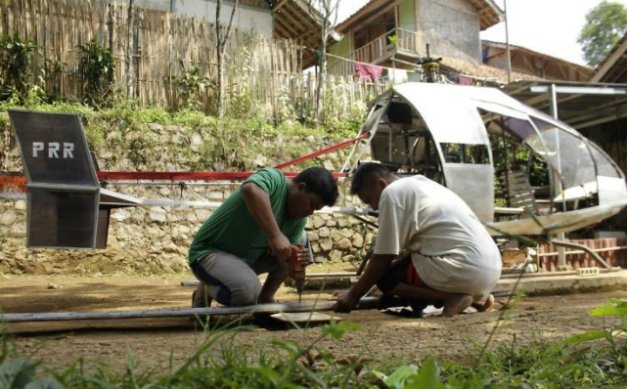 Well, whether or not his helicopter takes off, you can’t deny Jujun is dedicated. We can just hope his family isn’t starving to support his dream. To rest of y’all who are stuck in traffic, just remember you’re not stuck in traffic. YOU ARE THE TRAFFIC! 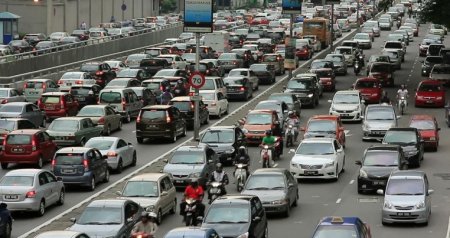