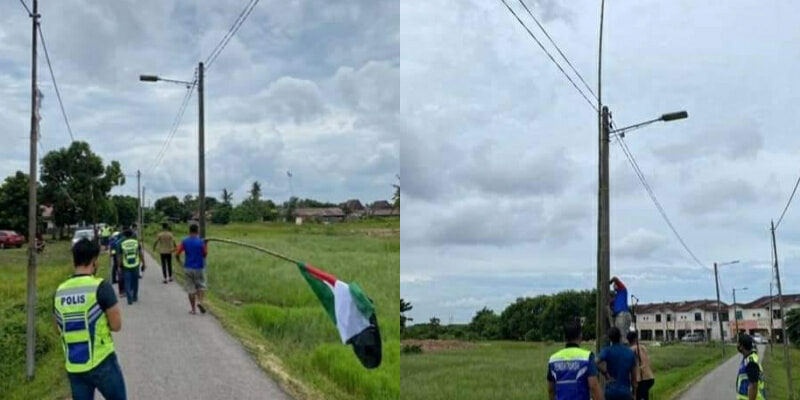 Taking to Facebook, Mat also known as Mohd Noor Helmy advised members of the public to not hoist flags on government assets such as flagpoles or signboards.

Taking example of a man being made to take down a Palestinian flag he hoisted at an electric pole, Mat said that the advice was not only for flags. 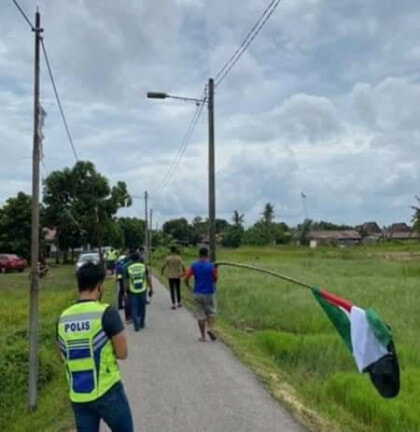 “Avoid hoisting the Palestinian flag in public, what more when doing it by repurposing government assets such as poles, signboards or electric poles.”

“Authorities will take action by pulling it down under the pretence that it may endanger the public.”

“It is not the authorities’ fault. They are merely enforcing the law.” 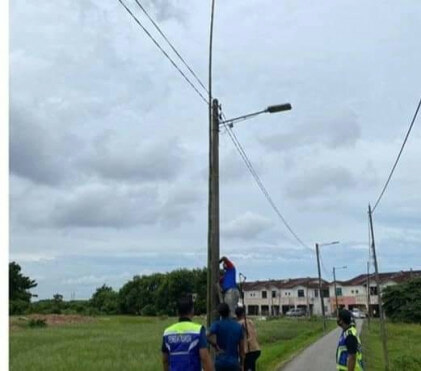 He adds that should you insist on using government assets or hoist a flag, you can do so according to specifications set, and apply for approval from local authorities.

Netizens however, were unimpressed. Many commented that the local authorities should not just focus on illegal flag hoisting but also Ahlong stickers that litter public property.

“Ahlong flyers are everywhere. Why not do something about that first?”

Essentially, it is ok for you to show your support for Palestine, all you need is a permit and a stable platform.