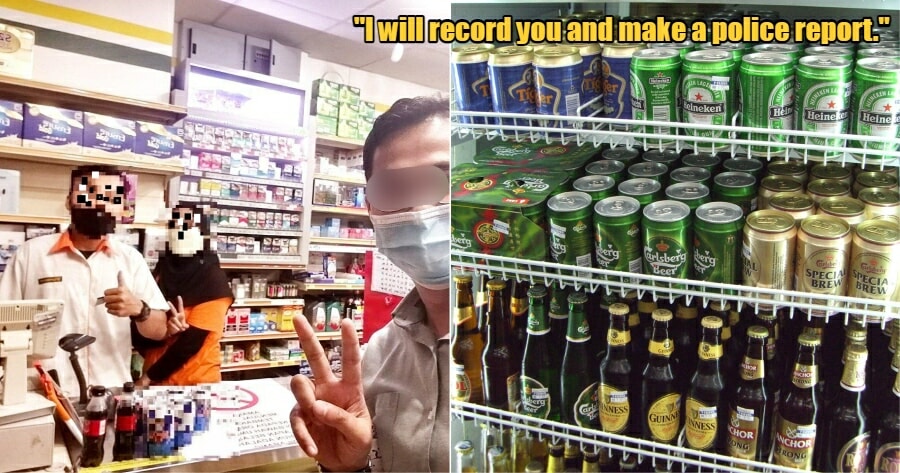 A recent incident at a local convenience store in Bangi has caused quite the commotion online, after an Ustaz prevented a beer sales transaction from happening.

Ustaz Bilal Jailani, who is the Yang Dipertua Ikatan Muslimin Malaysia (ISMA) for their Bangi branch, took to his Facebook page to share that he had stopped a beer sales transaction from happening after he confronted a female cashier at the counter.

The incident started when Ustaz Bilal was in line for pay at the counter when he noticed a foreign national behind him, holding six cans of beer. 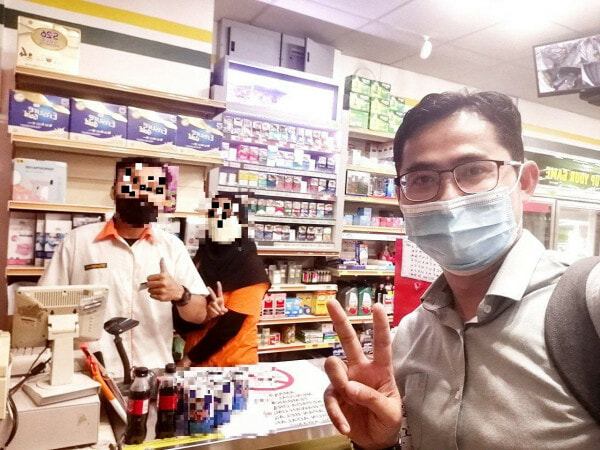 “Miss, can you handle this alcohol transaction?” Ustaz Bilal asked her, to which she responded, “That’s the thing, if it is possible, I do not want to get involved (with the transaction).”

He then proceeded to tell her, “Miss, in Selangor, selling alcohol is a crime under Syariah law, punishable by three years in prison. You cannot proceed with this transaction. If you do, I will record you and make a police report.”

Ustaz Bilal then told the foreigner that the cashier cannot continue with his transaction, which prompted a male staff member to approach the preacher. 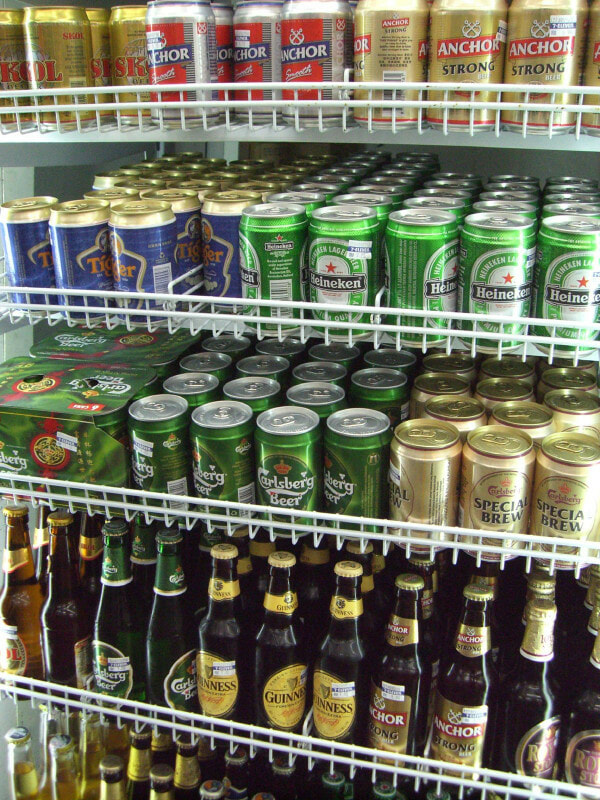 “We understand that alcohol is not good. We don’t want to sell it ourselves either. But, this is a matter of work”, the male staff member interjected, to which Ustaz Bilal responded with, “Employers cannot order employees to do something that is against the laws of the country. You also cannot do work that violates the laws of the country, regardless of your employment contract.”

Eventually the foreigner left without his beer, the manager of the store was called and the incident was reported to their upper management.

“I succeeded in preventing an evil deed.”

He also offered to work out a protest to prevent the sales of alcohol at the convenience store, so that the staff members can “work happily”.

Malaysians are two-minded about this

The incident has since caused an intense discussion in the comment section of Ustaz Bilal’s post. While there were some netizens that sided with the preacher…

“May you continue to be brave in opposing wickedness.”

…others condemned his actions. They shared that the cashier was just doing her job and the Ustaz should not have interfered in that.

“You can cause her to lose her job, are you ready to give her financial aid?”

“If you really want to help, you can help find this cashier a new job, don’t take action that can cause her to lose her job. So, after this if only non-Muslims are hired for cashier positions, don’t question it.”

“Stupid. You find the cashier a new job, yeah? She is only working. If you want to confront someone, confront the higher ups.”

One netizen even went so far as to compare the Ustaz’s actions with those of Karens.

“Male version of a Karen.”

Some also pinpointed that the cashier should reconsider changing jobs if she feels uncomfortable around the sales of alcohol.

With so many different opinions surrounding this issue, we would like to hear your thoughts on this.

Also read: MP: Is the government planning to separate ‘sin tax’ so that this money will only be used for non-Muslims? 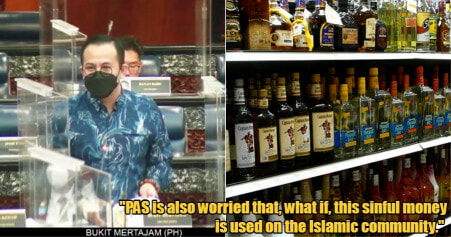