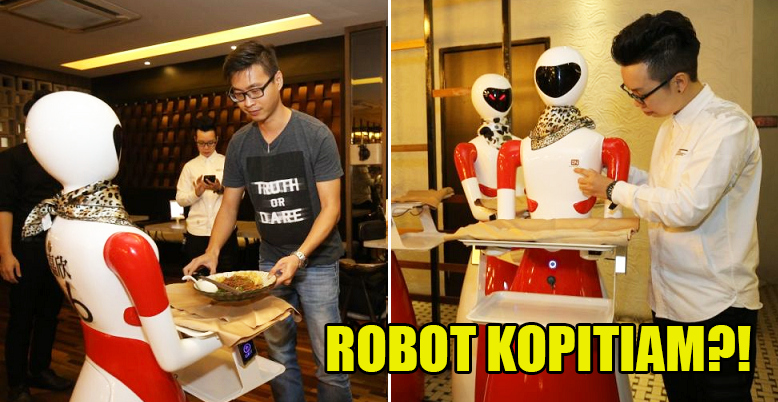 Robots are the future! While we are familiar with seeing them in other industries, who would’ve thought we’d see some in a coffee shop? 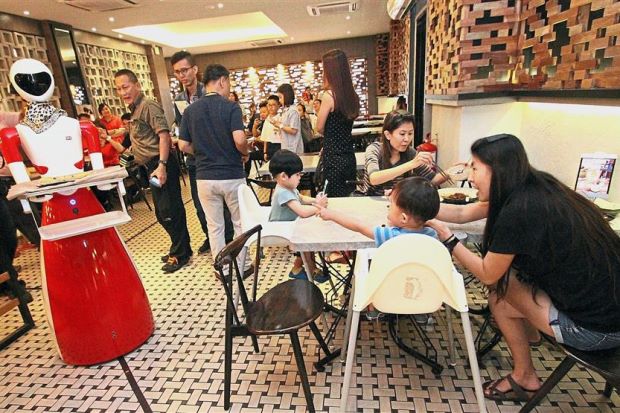 Well, this revolutionary coffee house in Ipoh, Perak (aka the birthplace of kopitiam) called Nam Heong Kopitiam will definitely blow your mind!

That’s because this kopitiam is quite canggih; it has robot servers instead of humans. How cool is that?

Don’t believe us? Take a peek at what they have in store:

Jacklyn Lim, Nam Heong Sdn Bhd assistant general manager, said these robots were brought in from China to improve services, reported the Malay Mail. “We hope to cut down our customers’ waiting time by half from the present by 20 minutes during peak hours,” she said.

Before implementing the idea, Lim said the company had requested for feedback from customers. “They were receptive to it as long as we do not raise our prices,” she explained. Moreover, she added that from the total of 10 robots, eight will be stationed at its HQ in Ipoh while two will be in its Kuala Lumpur outlet.

So KL-ites, don’t worry, you can experience being served by robots at their Damen Mall Outlet in KL.

Worried about language barrier? Lim assures us that these robots are programmed to speak English and Cantonese, although they can actually converse in 36 languages. Impressive! 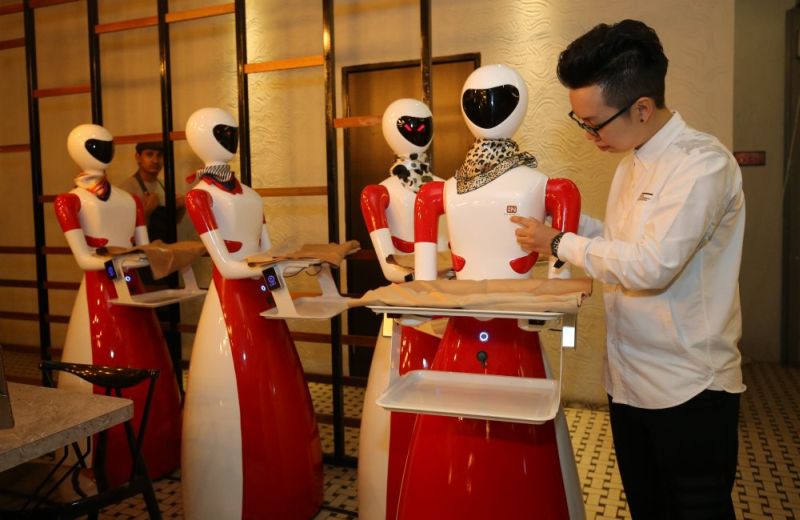 However, customers are still required to get the dish from the tray themselves after being greeted by the robots. Why you ask? “Its main function is to bring food to the respective tables,” Lim told the daily. 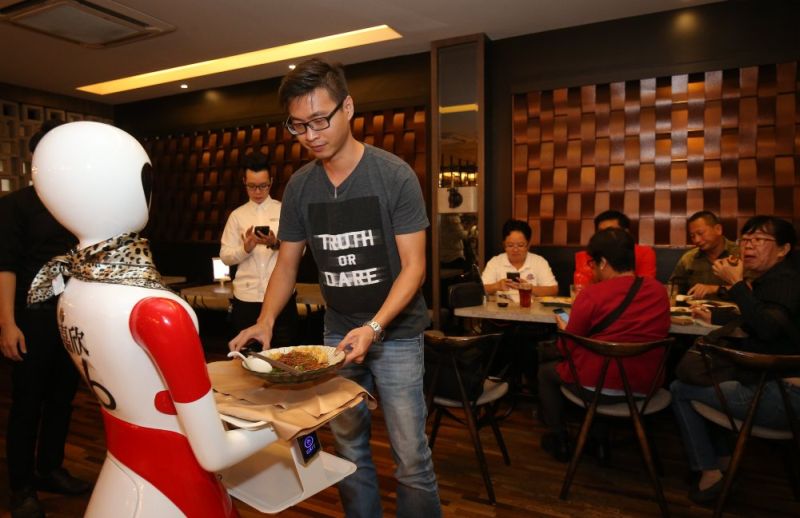 After customers get their food, all they need to do is touch the robot’s hand where a sensor is located and this will send it back to its station near the kitchen to pick up other orders.

“We limit it to 30 kilometres per hour as we do not want the food and drinks to spill,” Lim said. 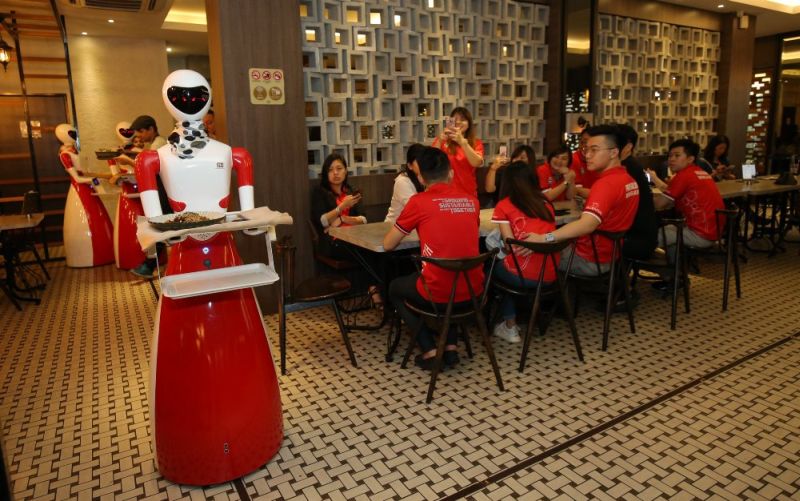 Despite the introduction of these robots in the outlets, she said that none of the 25 existing workers will be laid off. Phew!

FYI, you won’t be served by just any robots but robots named after famous actresses like Michelle Reis, Fan Bing Bing, Angelababy, and Dilraba Dilmurat.

While most customers are on-board with the robot-waiters concept, one undergraduate student is quite apprehensive towards the idea.

“It is weird being served by robots,” said a 21-year-old UTAR student. Meanwhile, her boyfriend described the robot-waiters idea as “innovative”, saying, “I can accept the idea of getting served by a robot.”

Another approving customer, Charmaine Sai, 35, said she read about the robot two days ago in Facebook and decided to check it out. The human resource manager said locals might need time to get used to the idea of being served by robots but it is a good idea since it’s cost-efficient as less manpower is needed.

In short, coffee time at Nam Heong Kopitiam just got much cooler! 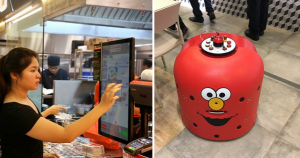