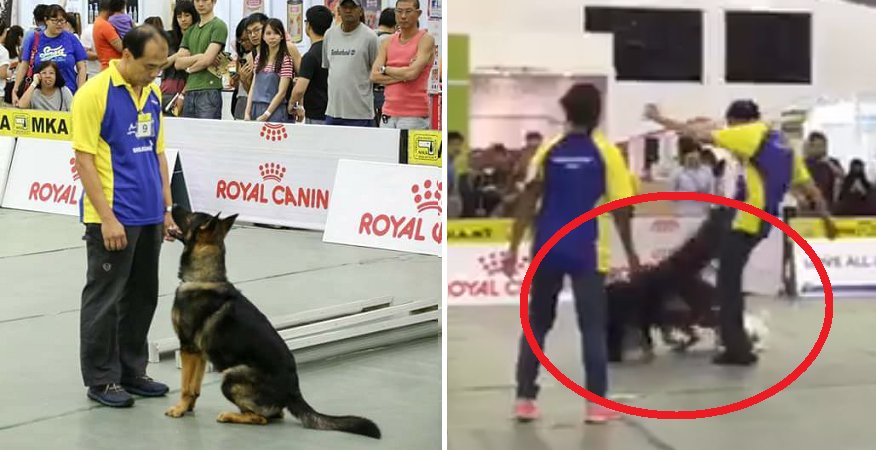 A video of a dog trainer brutally kicking a competitor’s canine surfaced on social media just weeks after the case of animal violence by Terry Yee. And boy, would it infuriate the heck out of you! 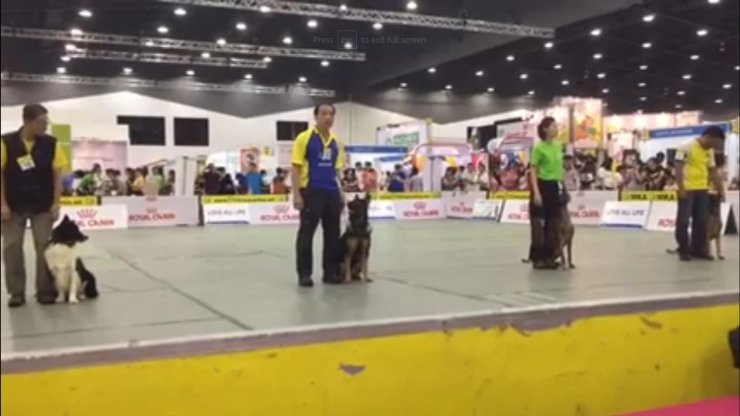 In the video uploaded, it was shown that the parties involved were in a dog show called Pet Fiesta Expo that was organised in Setia City Convention Centre. A group of dog trainers can be seen standing in line with their dogs by their side as part of an obedience test. During the test, the trainers were presented with an order which requires them to leave their dogs.

The dogs were left alone sitting in their designated position while the trainers made their way out of the field. It was at this moment where one dog left his spot and started picking a fight with another dog, causing panic among everyone. 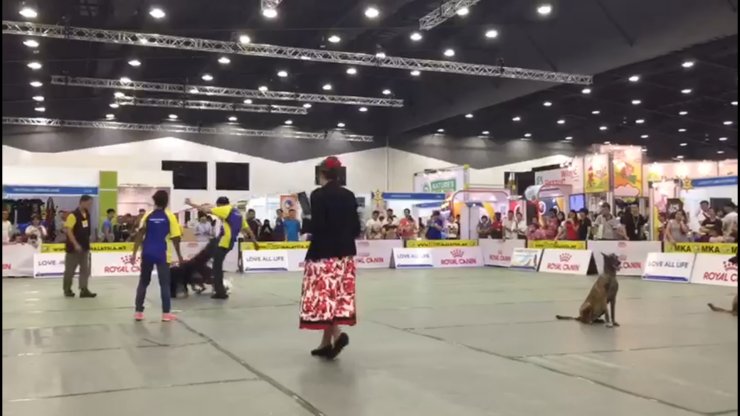 As soon as the fight happened, the trainer is seen walking towards the scuffling dogs and kicked the other dog several times!

The spectators were found to be extremely upset and condemned the actions of the trainer.

Fellow pet lovers who were horrified at the scene can be heard exclaiming, “Eh why he kick the dog??”, “Don’t do that!”, “He’s kick other people’s dog!” 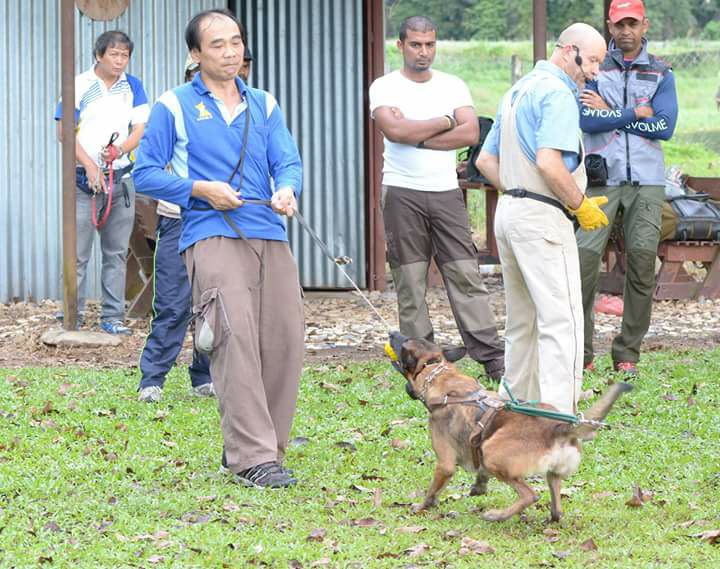 Soon after the video was uploaded, Malaysians proved their stalking skills worthy as they found out the identity of the trainer, Lee Kong Hoong. Many have shown disapproval of his action, with several netizens begun questioning his capability as a dog trainer, seeing as Lee viciously kicked the canine with no remorse.

Apparently, other people have had troubles with Lee in the past as well.

“I reported him last time to the MKA and they did nothing! He should be banned for life from dog competition!” one commentor revealed.

However, his justification backfired. Many made it clear to point out that it was his German Shepard that attacked the other dog first.

He denied that he is an animal abuser, stating that his extensive experience and hobby in training canines proved otherwise. Well, we’re not too sure about that.

Watch the video below and judge for yourself! 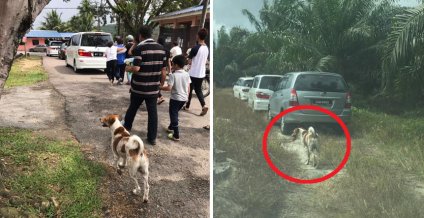