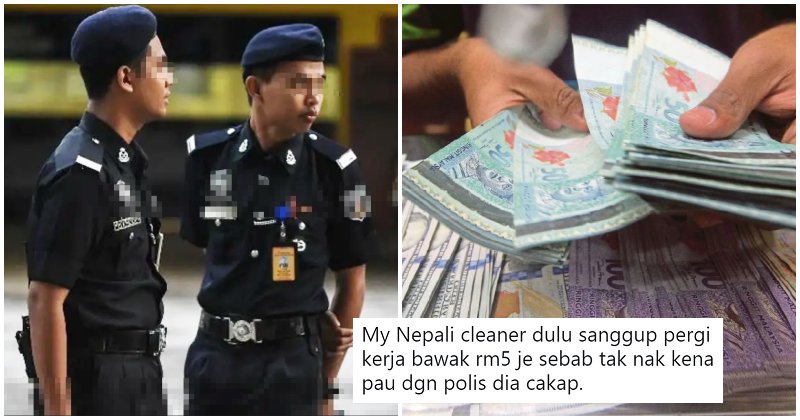 Just a couple days ago, four police officers were accused of extorting a foreign worker in Cheras. What’s so bad and infuriating about it is that the innocent man was forced to admit that he had drugs on him, then having to pay RM5,000 to these four cops.

This case has caused a lot of locals to be furious as it showcased the sheer corruption of the men in blue who are supposed to be the very ones who keep our country peaceful. Not to mention the injustice the poor foreign worker had to go through.

One Twitter user, Shaz Johor shared that this is not the first time such a case has happened. In fact, it happens so frequently while we’re going about our daily lives. He wrote,

“Last time, my Nepali cleaner told me that he would carry only RM5 to work, just so he would not get ‘pau’ by the police officers.”

This short story alone garnered over 1.8k retweets with many sharing the same sentiments as him.

A few others shared their story as well. One wrote,

“Not all police officers are like that, but we can’t deny that these incidents happen very frequently as well. These workers fork out thousands of Ringgit to come here to work hoping to earn more money but they’d be conned by their agency. When they finally get a job and enough money to send back to their family, then they’re faced with cops who blackmail them. I heard this story from themselves. Pity them.”

“Some even rather pay RM50 to get a Grab home because they’re afraid of bumping into policemen on the streets. Even when they have a valid passport, they’d get extorted for at least RM100. True story.”

You can ask @GrabMY who’s their biggest fare payer. All rather pay RM50 and above fares to get from one place to another, cause takut kena pau. Minimum RM100 gone even if u have a valid passport. True story.

While there are many similar stories shared by Malaysians in the thread, several users reminded that not all police are bad, and it’s the bad lots like these that damage the reputation of other cops.

Well, we hope stern action will be taken against these corrupted cops so these cases can cease to exist in the future. Kesian also lah some of these foreign workers who are rendered helpless by the authorities who are supposed to uphold integrity and honour.

Also read: 7 M’sian Cops Broke Into a Datuk’s Home & Stole RM7.9 Million While He Was Away 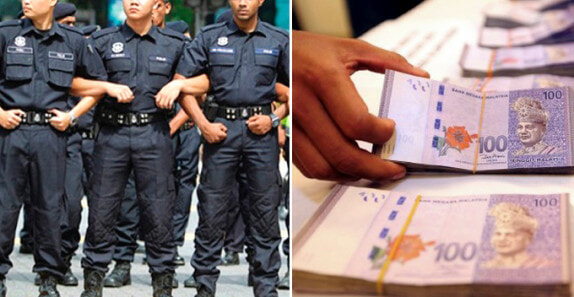