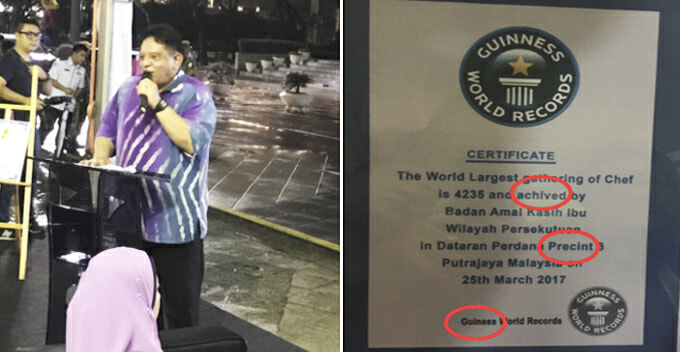 This time, he tweeted an image of a Guinness World Records (GWR) certificate which turned out to be a fake one. 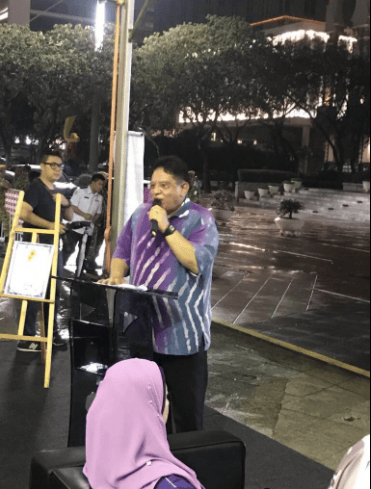 As if that wasn’t embarrassing enough, several spelling errors were spotted as well! 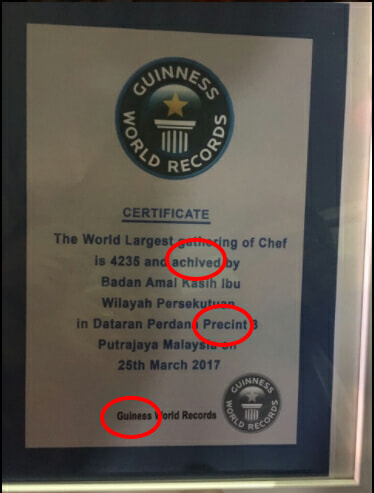 According to FMT, the certificate was used as a gimmick to recognise the achievement of ‘the largest gathering of chefs’ that took place in Dataran Putrajaya on Sunday.

The mega event was called ‘iCHEF 2017’ and 4,235 chefs came together to break the previous world record set by Consejo Nacional de Cultura Gastronomica with 3,634 chefs in Mexico in 2014.

After the picture went viral, the event organiser, Finemen Holdings Sdn Bhd released a statement confirming that the certificate twitted by Ku Nan was indeed a fake one and described the incident as a ‘misunderstanding’.

Responding to the embarrassing spelling errors, Hakim admitted that a ‘technical error’ had occurred when the organiser was preparing their own GWR certificate.

It was reported that the organiser is in the midst of liaising with GWR to obtain the official confirmation and the authentic certificate on the achievement.

“If you want to forge the GWR certificate, at least hire someone who is professional to do it for you, not amateurs,” a netizen said.

“Why did you do this to us Malaysians? If you want to be known as a liar, go ahead. But with this, you are making us Malaysians look really bad!” another netizen commented.

To be honest, I’m not surprised by the incident because anything can happen in Bolehland. 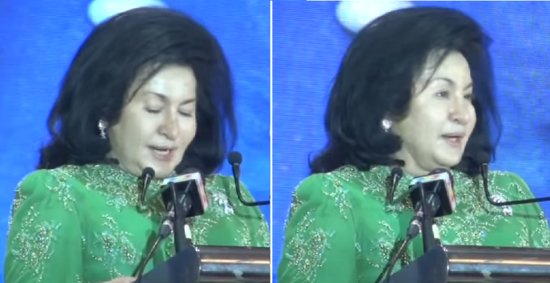