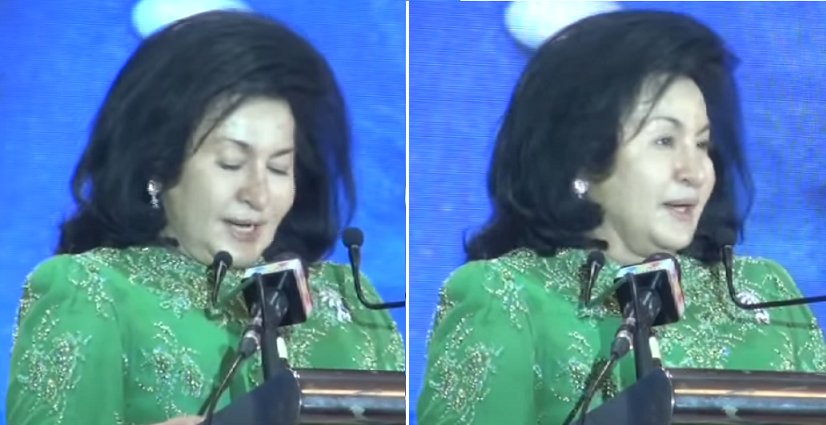 Proudly presenting you our very own First Lady! 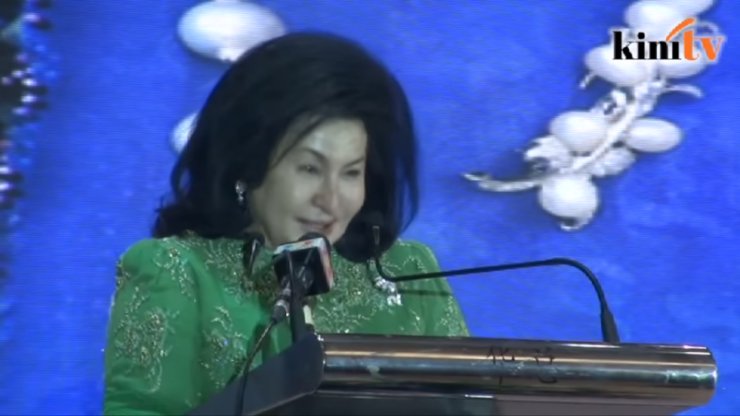 The First Lady Rosmah Mansor was recently left in surprise and disbelief when she had her speech interrupted by the emcee. According to the video below, the emcee interrupted the First Lady’s speech thinking that she was done with her speech, when she in fact wasn’t.

How dare this emcee interrupts our beloved first lady???

Rosmah Mansor was giving her speech at an appreciation dinner hosted by the Malaysian Chinese Women Entrepreneurs Association (MCWEA) in conjunction with World Women’s Day when the incident occurred.

Despite being cut off so suddenly, the First Lady kept her cool and remained calm. Rosmah also played it off nicely and accompanied by a light-hearted laugh, subtly telling the emcee that she wasn’t done with her speech.

Watch the video below and have a nice laugh at the emcee fail!