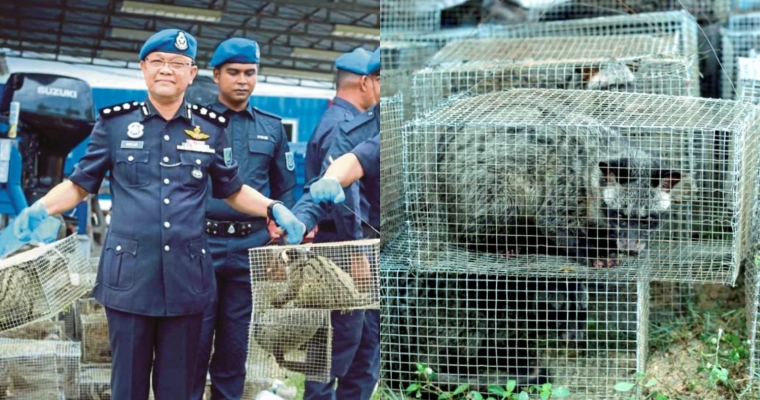 Malaysia’s marine police solved a smuggling case during Ops Khazanah on Friday (22 November) and the details are pretty shocking to us.

A total of 642 exotic animals were held captive inside cages and carriers, in an attempt to be smuggled from Malaysia to Vietnam. These poor animals include 473 tortoises, 43 freshwater turtles, 100 civets, and 26 monitor lizards, and they are worth an estimate of RM240,000. Woah, that is A LOT of animals. 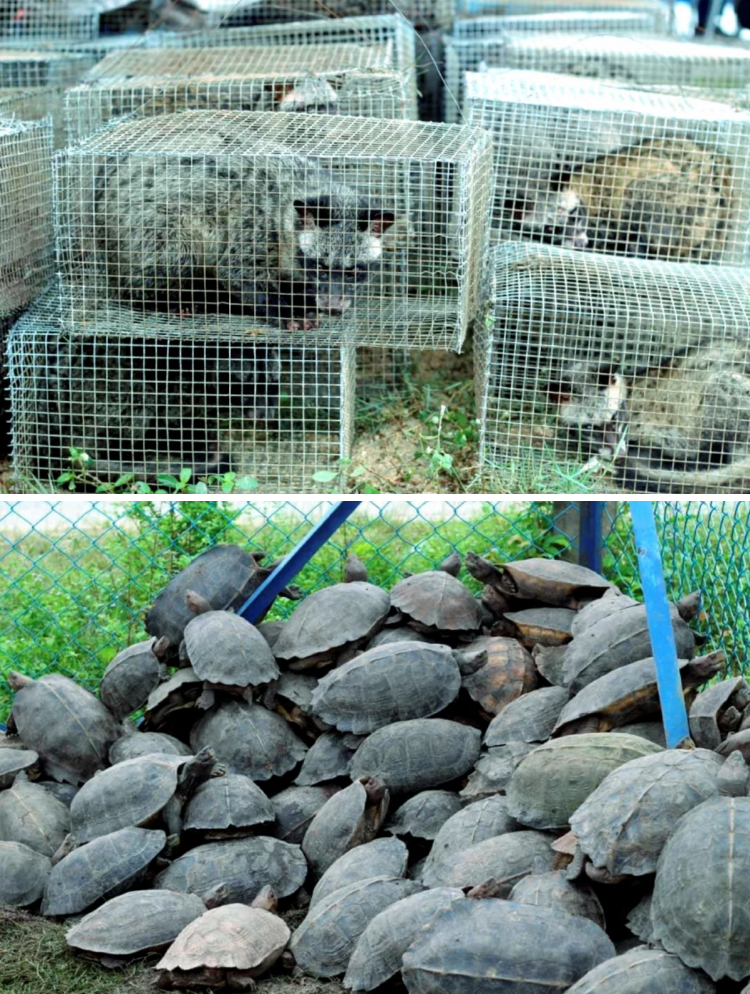 The Marine Police Third Region commander Assistant Commissioner Norzaid Muhammad Said, mentioned that a team of 14 personnel were deployed to a bushy area near Kampung Air Tawar in Kelantan. Right after the team arrived at the scene, they discovered four men unloading their vehicle with cages and containers to a nearby riverbank. The cages and plastic containers were initially to be loaded onto a boat that evening, as reported on The Star.

“After raiding the group and checking the contents of the containers, they discovered the animals.” 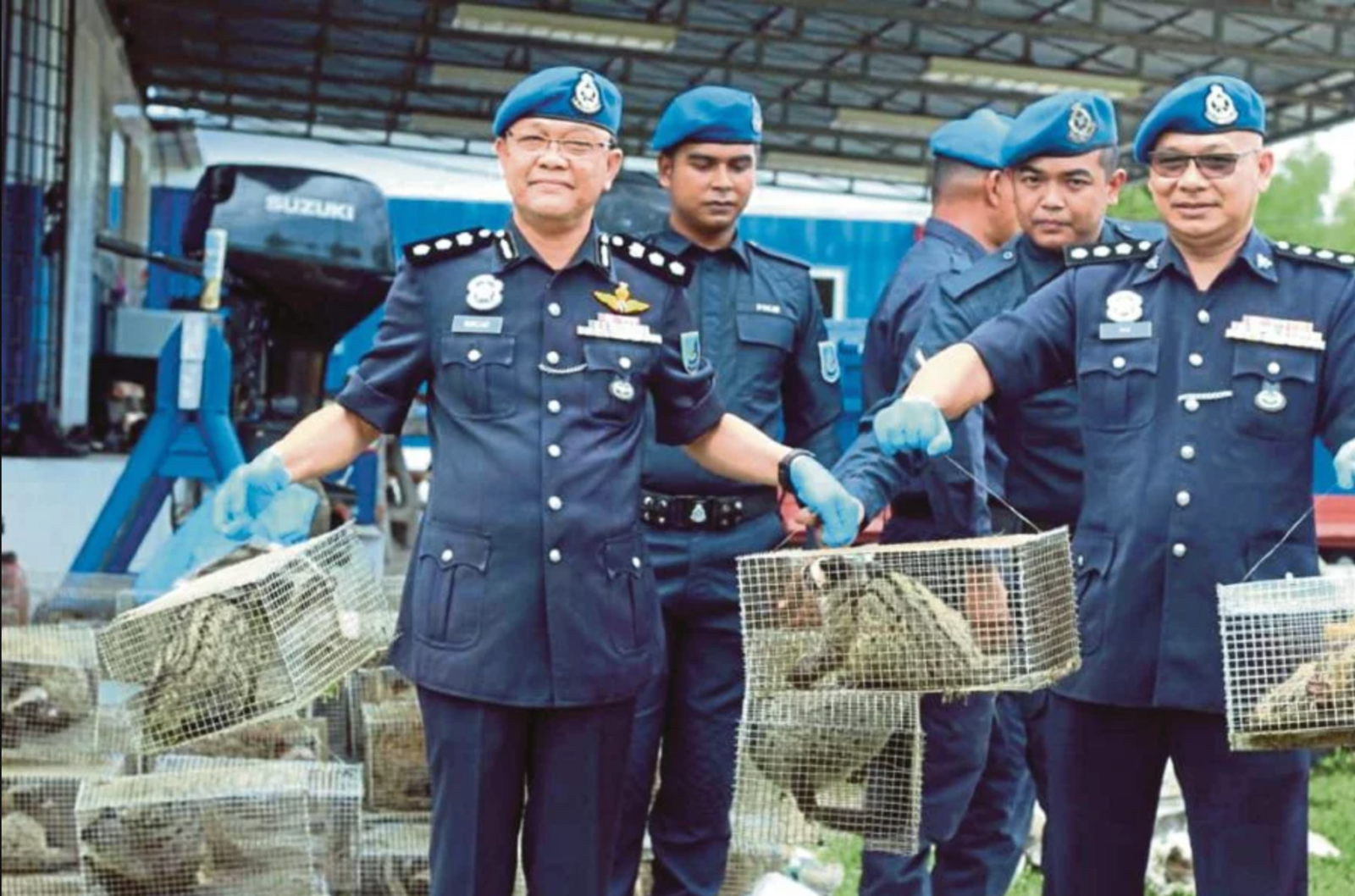 According to the New Straits Times, these poor animals were believed to be sent to Vietnam via river and sea, and then to be distributed in that country. The suspects who were remanded were three Vietnamese and one Malaysian, aged 18 and 44. A Proton Iswara Aeroback and a weighing scale were also seized in that operation.

“We believe that the animals which were obtained from Machang, Perak and Pahang were meant to be smuggled out using the sea route.”

If you’re wondering what will happen to the huge number of animals, they’ve been handed over to the Wildlife Department.

We can’t imagine how the poor animals would feel being held captive in tiny cages, hopefully, they’ll be taken care of in their rightful habitats. 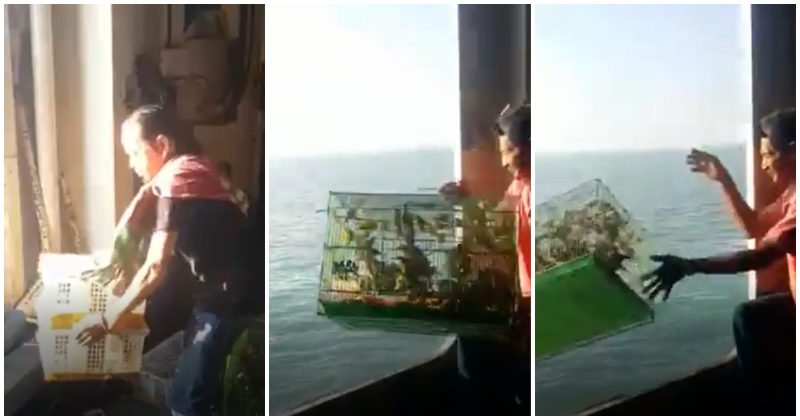