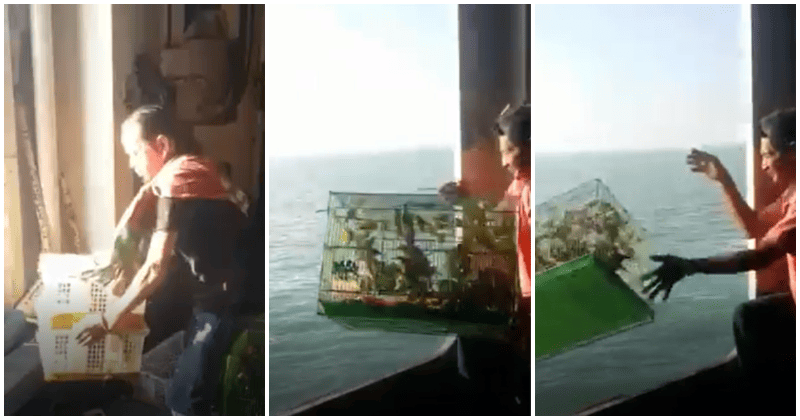 Animals smugglers may the worst kind of people possible to exist. They separate these innocent creatures from their families, even sometimes killing said families, to be sold and kept in tiny cages for the rest of their lives.

But what if an animal smuggling syndicate gets foiled? The animals should be set free, so that they at least have a chance at survival, right?

That’s not what these evil animal smugglers were thinking as they were being chased by marine police as they made their way from Java to Jakarta. In fear of getting caught, they decided to dump container after container of exotic animals into the open water. 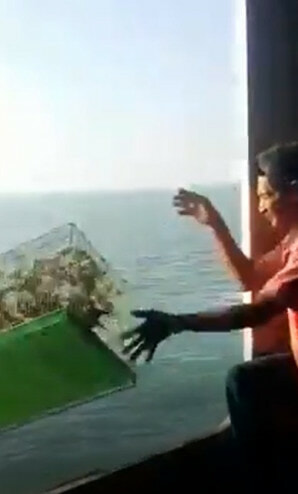 Worse still, they decided to video themselves doing so to prove to their boss that they did not steal the animals to be sold for themselves. Amami Ao took to his Facebook page to share the disgusting video.

Amami wrote, “On a ship bound for Jakarta from Java, these captured wild animals were thrown into the sea by people to escape the pursuit of marine police. The animals included green tree pythons, some rare birds and lizards.”

What’s worse is that they threw the animals into the sea while they were still in crates, making it impossible for them to at least swim for their survival while the birds could have just flown away.

These disgusting human beings didn’t even give the animals a chance to survive and ended those poor animals’ lives so quickly.

We genuinely hope the marine police managed to catch and prosecute the smugglers despite their evil act of ‘getting rid of the evidence’, because that evidence they threw off the boat was innocent lives.

Amami’s posting has since garnered over 4,900 shares.

Or maybe karma will eventually drown them. 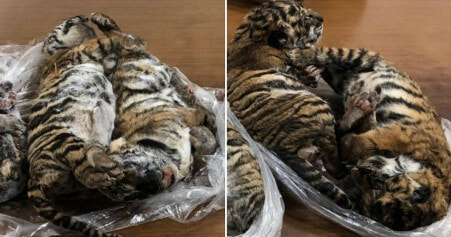