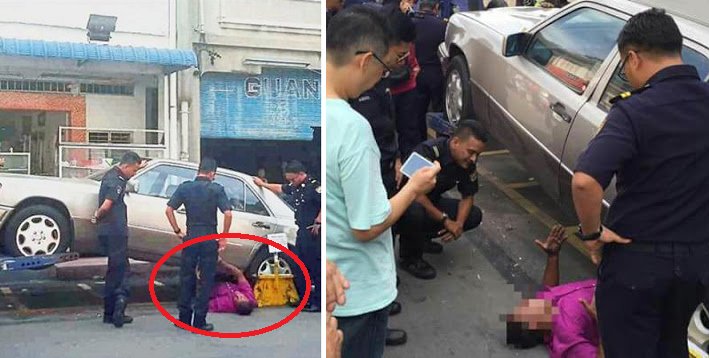 How far would you go to protect your car from being towed away?

A restaurant owner slid under a gold coloured Mercedez Benz after the local council officers tried to tow it away. This bizarre incident happened in Jalan Danby, Bukit Mertajam.

According to News Asia One, the Seberang Jaya Municipal Council (MPSP) officers spotted the car parked at the motorcycle parking lot right in front of the man’s restaurant at 11.30 am. 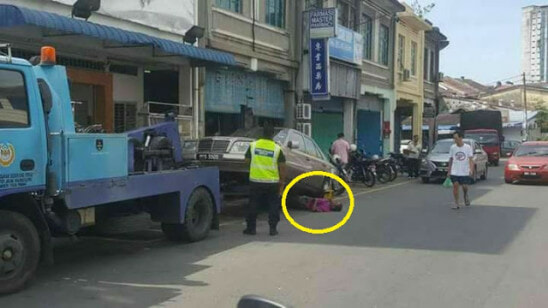 The officer blew his whistle three times but the car owner did not respond to it. So, the officer locked one of the car’s tyre.

Only then the 60-year-old man stormed out looking angry. He refused to pay the compound of RM50 for the car tyre to be unlocked. Even after all that, it was said that the car actually belonged to the man’s son. 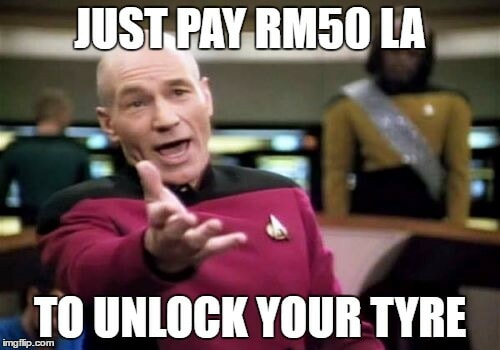 “He was told that his car would be towed to the MPSP office in Jalan Betik, but he still refused to pay,” said the officer. True enough, a tow truck was called in at 2.40 pm to tow the car since the man wasn’t cooperating with the officer.

“The man then slid under the car to prevent it from being towed away,” said the officer. Bro, seriously? 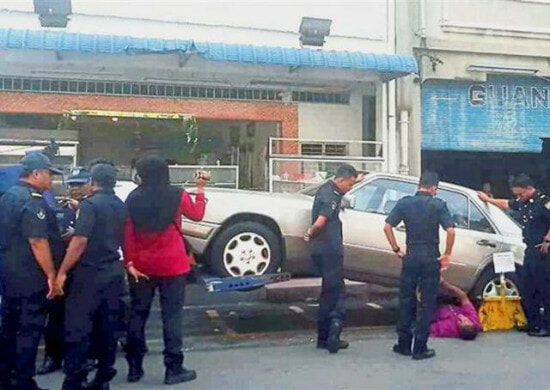 I guess this is the time when the man said: “Over my dead body.”

Things got ugly when a few policemen had to forcefully pull him out from under the car. The man was then brought to Bukit Mertajam police station for further action.

The policemen and MPSP officers had earlier try to persuade him from coming out under the car but he just wouldn’t listen. Guess he’s a hard nut to crack. 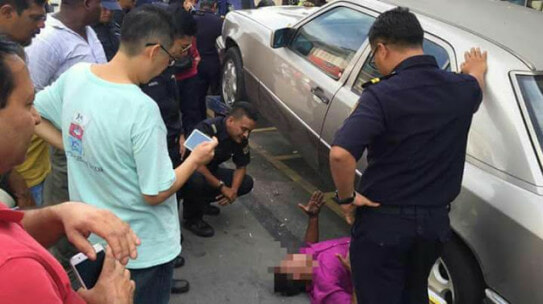 Other witnesses also said that the man was being rude to the MPSP officers and obstructed them from carrying out their duty.

Regarding the issue, MPSP Councilor Michael Tan said that signboards were already erected to warn the motorists that they are in a towing zone. He also urged motorists not to behave as such because the officers were just doing their job, and that being rude will not solve the problem.

He added that the man will faced up to two years of jail time or fined up to RM10,000 upon conviction. The man has been released on the police bail and the case is being investigated under Section 186 of Penal Code.

Instead of paying RM50 and move his car away, he is now facing jail time or hefty fine. I guess some people just want to do it the hard way…