Reports recently showed a man that was brutally stabbed to death.

The story goes that the sister of the victim wanted to marry her boyfriend, but the victim and brother, Mohd Shukri, was rather wary of him – as any loving brother would. I mean, would you just let any schmuck marry your sister?

The family, who are from Kelantan, traveled 160km to the Terengganu State Religious Department to perform a background check together with the prospective groom.

The background check revealed that the boyfriend wasn’t actually husband material. In fact, he was previously married and still has a wife!

This obviously infuriated Shukri who refused to allow the marriage. There are some unconfirmed reports online that he has two wives!

The man pleaded to Mohd Shukri, insisting that they are separated, but it’s assumed that no legal documents were put forward as the check says the marriage is still active.

Their confrontation got escalated into a pretty heated argument in the parking lot. After a lot of loud, angry words were spewed, the man pulled out a six inch knife and stabbed Shukri multiple times!

The brother who was only concerned for his sister sadly passed away on the spot as a result from his injuries. 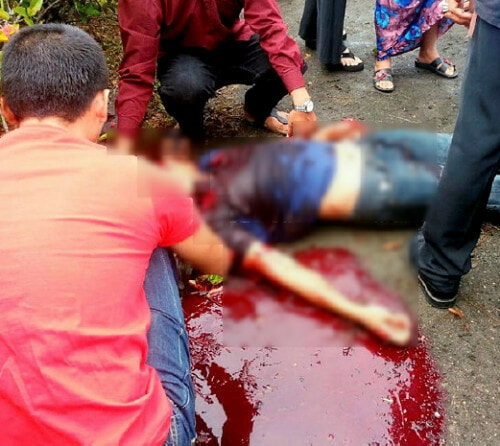 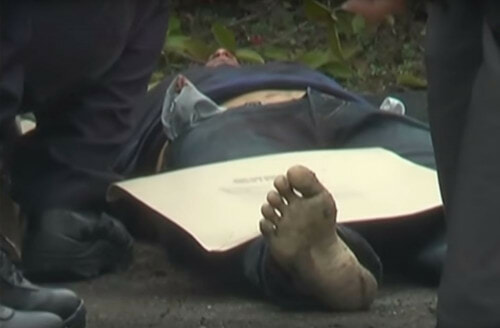 The whole ordeal caused a ruckus and the security guard, sensing something was amiss, immediately closed the main gate.

However, the suspect turned on the guard with his knife and opened the gate himself. We need to beef security up with means to defend themselves after this and the Ara D’sara robbery.

“I rushed to close the gate. All of a sudden, a man came out of the car and pointed the knife at me, telling me to back away. Then he opened the gate”

– Security Guard to the Police

According to witnesses, the suspect drove off in a red Honda Civic.

Some tech-savvy people have tracked the car down and began sharing the image of who they thought was the suspect, however the lead only pointed to the previous owner, a teacher, who sold it a while back. Kesian the poor guy. 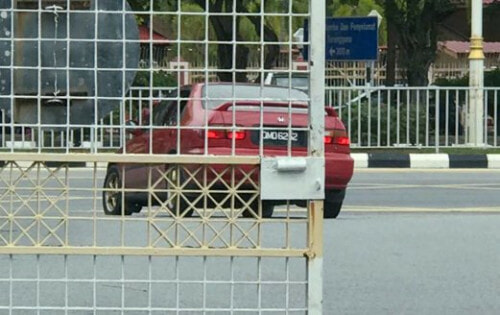 He stated that the victim was stabbed six times, including in the throat and chest. He also stated that this could be premeditated as they found something rather interesting.

“We also found some newspapers believed to have been used to conceal the knife. We believe the suspect had come prepared,” 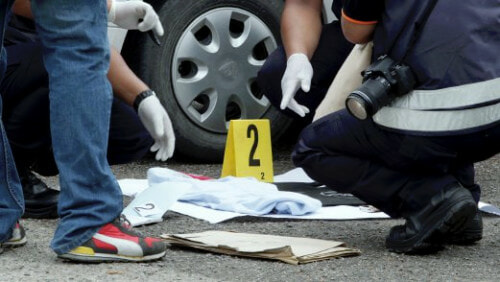 If any one of you guys have any news on any of his whereabouts, do contact your local police department, which you can find here.