How patient can someone be? Well a man had his patience tested as he was about to fill up some petrol for his car.

While waiting for his turn, he noticed the man before him doing something pretty unusual.

Being a true modern citizen, he whipped out his phone and took a video of the whole scene that unfolded before him and uploaded it to the internet. 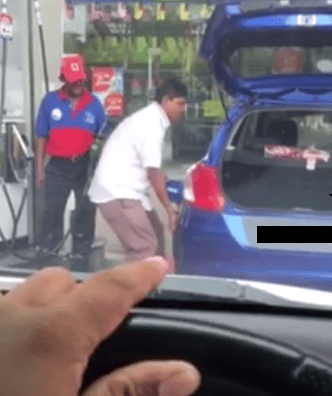 The video depicted the man before him looking like he’s humping his car, as the vehicle violently shakes up and down.

But what it appears that he’s doing is, allegedly letting ‘all’ the petrol flow in the tank so he can fill more.

The video was cheekily captioned as, “How would you feel if you were the one waiting for this guy to finish filling his petrol?” 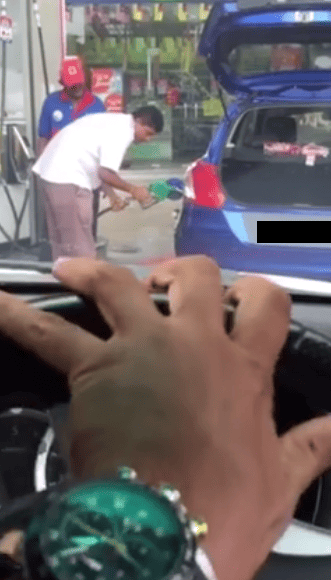 The man can be seen switching back and forth, of bouncing his car and filling the tank with more petrol. He even hands the nozzle to the gas station attendant for convenient while he shakes his car. 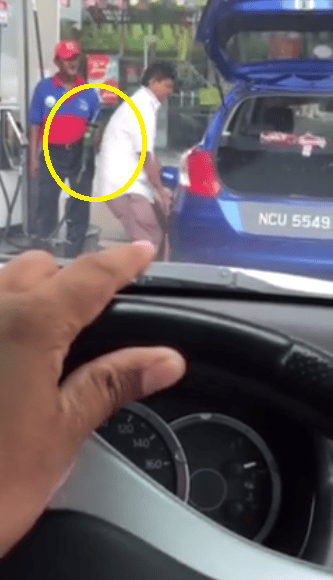 Frustrated, the man who shot the video can be heard saying,

Just when you think he couldn’t take any more longer, the man goes to the back of the car and violently shakes it up and down 😉 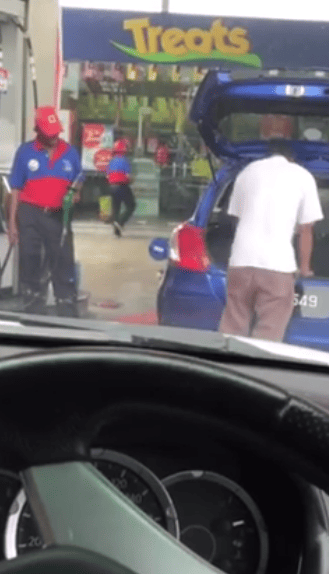 The man goes on throughout the 2 minute video, so no one is exactly sure how long it took for him to finish filling his petrol. At least it was pretty entertaining? Do you guys think it was worth the wait?

Watch the amusing video below:


What would you do if you were in that situation?
ShareTweet