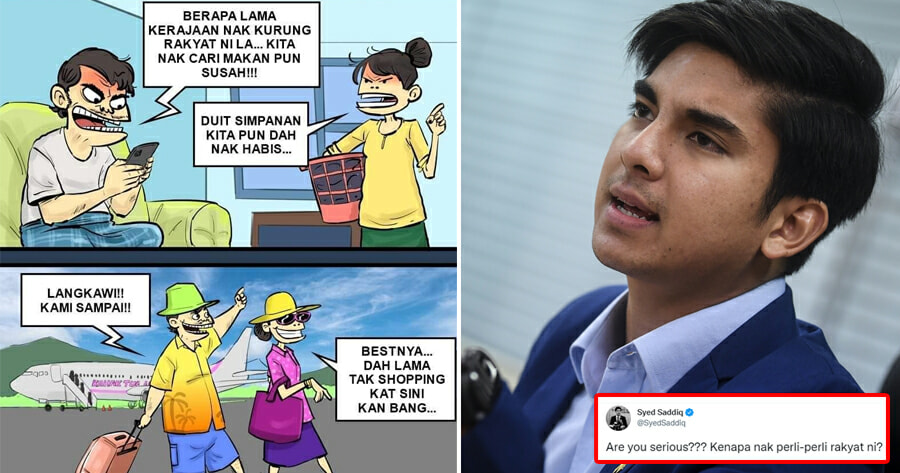 The Department of Information Malaysia (Jabatan Penerangan Malaysia) has come under fire for uploading a comic illustration that many have deemed to be a mockery of the rakyat.

In the first part of the comic illustration, the drawing shows a husband and wife complaining about the government and how their family is running out of money. 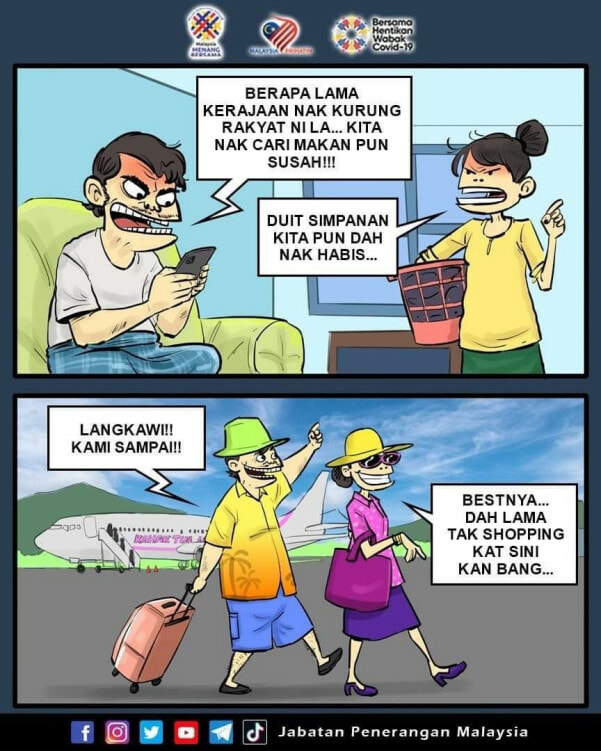 Husband: “How long does the government want to imprison the people? It’s hard for us to find food!”
Wife: “Our savings are about to run out”

The second part then shows them travelling interstate to Langkawi and going shopping.

Husband: “Langkawi!!! We have arrived!”
Wife: “It’s the best! I haven’t shopped here for a long time.”

The post’s caption says, “Prioritise needs. Spend within your means”.

The post has since garnered a lot of criticism from netizens, with many asking why the government was indirectly calling the rakyat hypocrites. They also expressed that there was nothing wrong with travelling interstate after being in lockdown for so long.

“VVIPs can travel to other countries. The rakyat who are depressed want to go to Langkawi also cannot?” one netizen said.

“There is no other way to look at this illustration other than the government calling us hypocritical with how we choose to spend our meagre paychecks after seasons of being locked down. A lockdown which was caused by ministers in said government, I might add.”

“People have been stuck at home for almost two years. What’s wrong with wanting to go for a holiday? We are all humans too, do you need to mock us to this extent? It’s not like we can stay home after two years and not be allowed to go out freely? This is stupid and infuriating.” 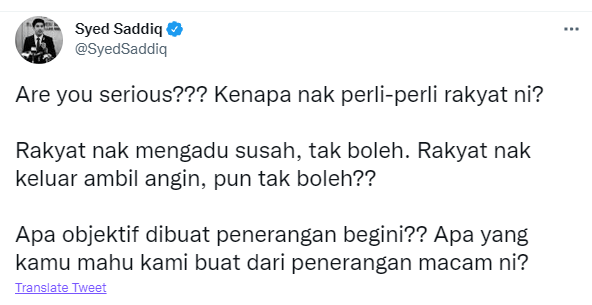 “Are you serious ??? Why must you mock the people?” he said.

The Department of Information has since deleted their post and uploaded another comic illustration which paints a different scenario.

This time, the illustration shows a husband and wife expressing their relief that interstate travel is allowed and how they hope to see their grandchildren soon. 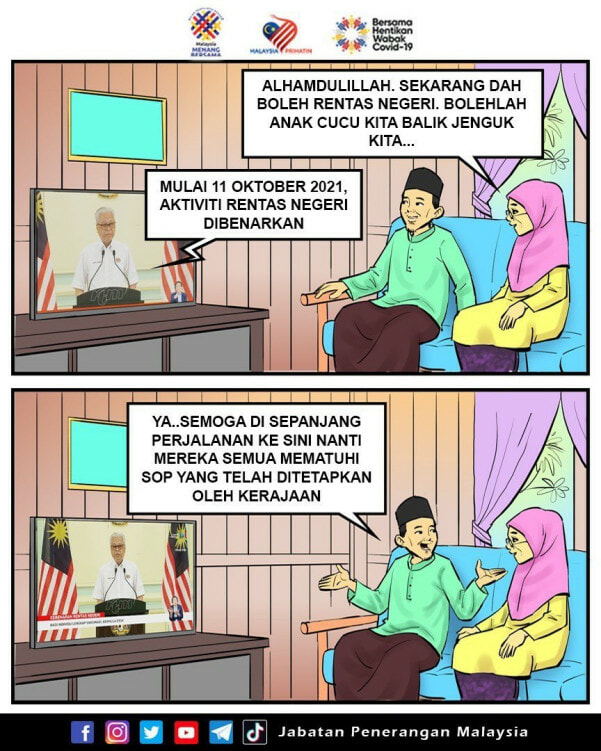 Husband: “Alhamdullilah. Now we can travel interstate. May our grandchildren return to visit us.”
Wife: Yes. Hopefully, during the trip here they would all comply with the SOPs set by the government.”

“Surely the heavy feeling of missing your parents is definitely felt after being apart for such a long time. Go back to your hometown and spend time with them. Happy interstate travel to everyone! Continue to adhere to SOPs with discipline.” 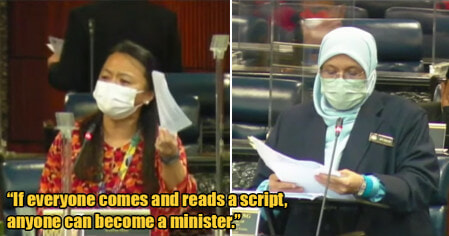