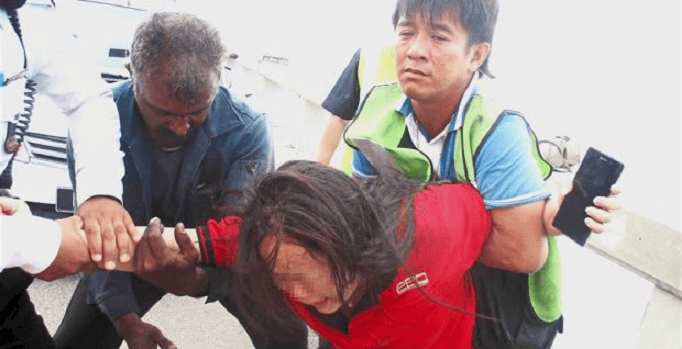 He scours the Penang bridge everyday for two things; accidents and people trying to jump off the bridge!

40-year-old Tan Chin Leong is not your everyday tow truck guy. Everyday at 6:00am when everyone is still fast sleep before heading off to their desk job, he is already on his shift.

Tan, who is affectionately called ‘Ah Heang’ by Penangites, waits patiently every morning for reports to come in on his walkie-talkie. 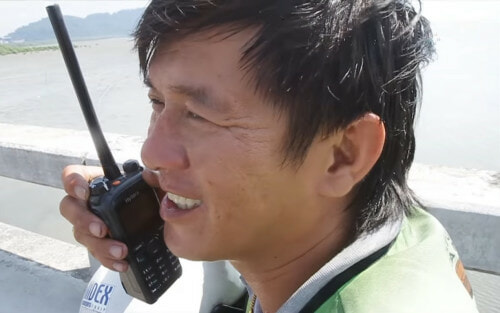 Sometimes the reports aren’t about stalled or wrecked vehicles but sightings of people standing at the edge of the bridge, according to The Star who published a story on Tan.

Tan, who started working as a tow truck service runner since he finished his schooling days revealed that over the past decade, he personally saved 10 people.

“They always come alone. Most would be teary-eyed, while some would still be crying … They look pale and somber – a sign that they have lost hope and see suicide as the last resort” 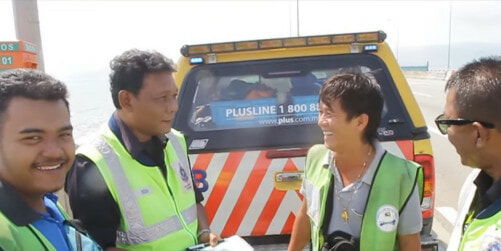 Tan revealed that often, people who want to commit suicide exhibit some sort of odd behavior, like riding a motorcycle without proper gear, which many toll plaza workers have noticed and alerted Tan to.

Tan yearned that such abnormal behaviors can be easily monitored and identified before a tragedy strikes, like the case where a father killed himself by jumping off the Penang Bridge.

Tan says there’s two ways he employs to get people to not kill themselves; talking to them and physically yanking them off the edge. 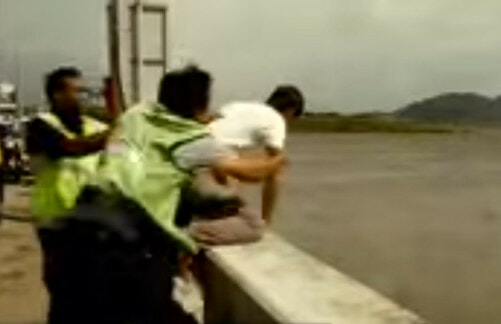 Reenactment By: The Star

Late last year, a picture of Tan holding a 30-year-old woman who wanted to kill herself went viral in many local daily papers.

He spotted her while riding his motorcycle. She parked her car along the roadside, which according to Tan, was a dead giveaway of what her intentions are.

So he jumped off his bike and gave chase.

“In the process of bringing her to safety, she struggled and bit my arm until it bled but I would not let go,”

PLUS highway’s response team managed to help Tan restrain her until the police arrived on scene to take her away. 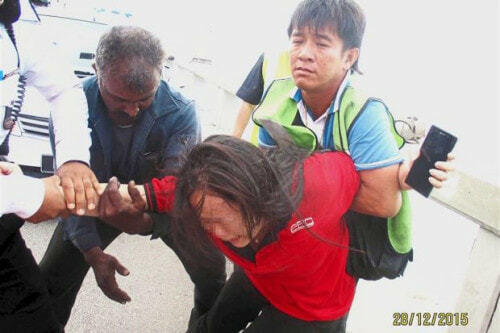 Tan’s advice to anyone who is depressed and contemplating suicide is simple; don’t give up. Though it may seem like a cop-out answer, it could not be more true.

“I have friends and family members and I am thankful, every single day, for having them around. Everyone should also cherish their loved ones. Suicide never solves anything,”

Well that was a beautiful message, and one we should spread, share this post out to your friends and family; who knows, maybe you could save a life.