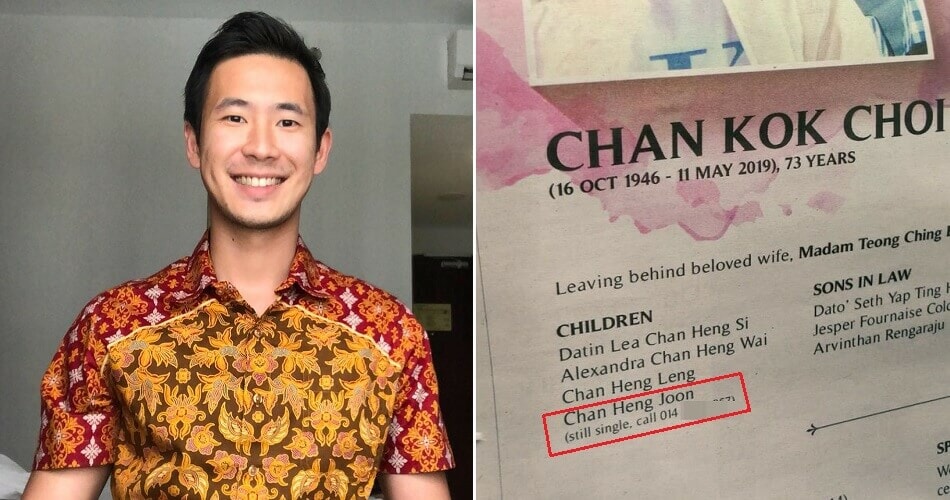 While deaths are usually a time when people mourn for their loss, this Malaysian family took the opportunity to crack a little joke, all in honour of their dad’s great sense of humour.

On 11th May 2019, a man named Chan Kok Choi passed away. The 73-year-old was fondly called “Sunshine” by his group of close friends and they even described him as “the most generous and kind man”. When he passed, he left behind his beloved family made up of his wife, 4 children and 8 grandchildren. 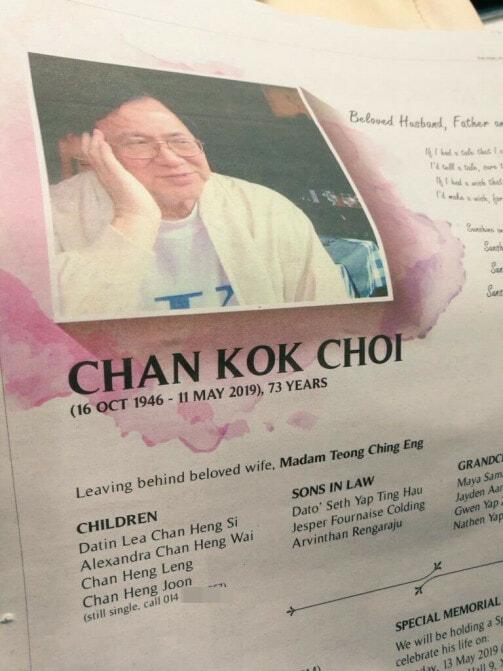 His obituary was published in a local newspaper the next day on 12 May, where it announced that a special memorial will be taking place. What’s interesting is that, if you look a little closer, under the names of his children, the last name is actually his only son and right below it is a disclaimer in brackets. Here’s what it said: 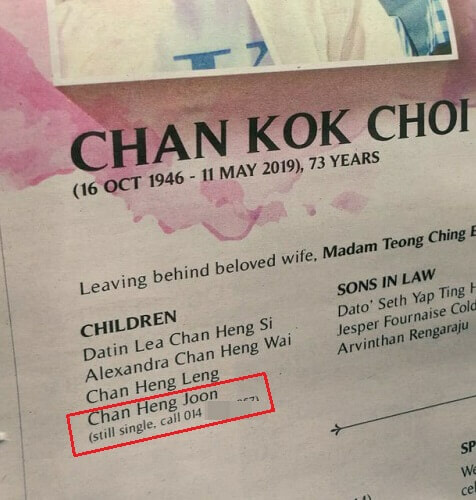 LOL. His family saw an opportunity, and they seized it.

FYI, his “still single” son, Heng Joon, is pretty easy on the eyes too. Here’s what he looks like: 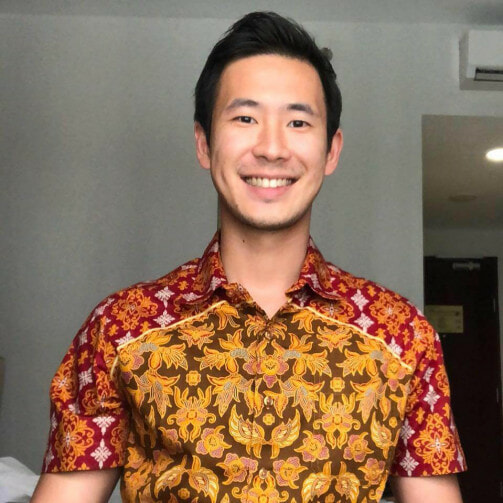 Will you call him, maybe?

Netizens who saw this obituary thought it was quite funny since this shows their hilariously desperate attempt at finding the son a life-long partner by advertising him via this method; meanwhile, others thought it was a little disrespectful.

That said, as mentioned earlier, the family did reveal that the motive was merely comical. After all, Heng Joon’s single status has always been the family’s long-running inside joke and hence, they thought this was the best opportunity to pull something like that.

Heng Joon himself agrees with this, saying that his late father “would’ve loved that”, Says reported. Aww! 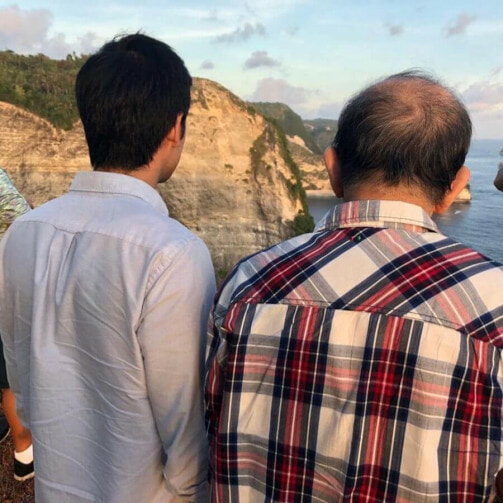 What do you think of this family’s way of promoting their single, eligible bachelor in their late dad’s obituary? Sound off in the comments! 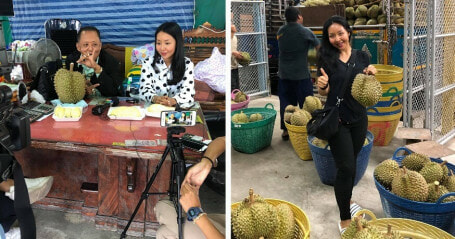