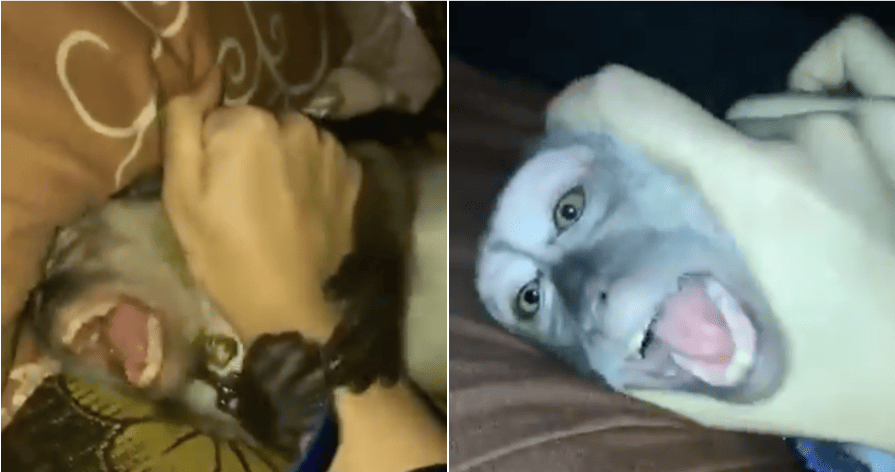 Having a pet means that we treat them well, provide them with love and care while making sure that they are provided for because they are entirely reliant on us for their wellbeing. Although there are plenty of domesticated animals to choose from, having exotic or wild animals as pets are becoming a trend these days such as rearing monkeys.

Recently, a series of videos have surfaced, initially uploaded by a Malaysian girl to her Instagram story, showing her “act of love” towards her pet monkey, which has enraged netizens everywhere.

The videos show the girl joking around and playing with the monkey in ways some might feel are a bit harsh. She can be seen choking the monkey, pinning the monkey’s head down and tugging on the leash strongly to prevent the monkey from moving which caused her to receive a huge amount of backlash.

In response to the outrage of the community, she has since removed all stories from her platform and uploaded a statement apologising to everyone who was offended by the videos but she further clarified that although it looked a bit harsh, the alleged abuse that she did was normal interactions with all four of her monkeys. 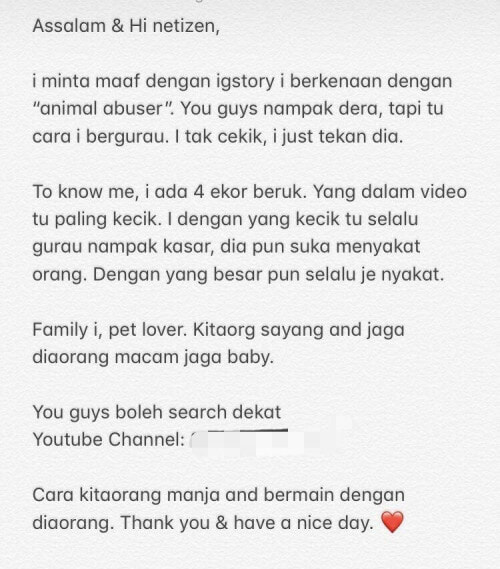 She then added that she and her family are all pet lovers and they take care of the monkeys how they would take care of a human child. She also said that she was just playing with them and sometimes, they liked to play rough.

Netizens from both sides have come out and voiced their opinions, with some of them condemning her for taking wild animals as pets and for the harsh treatment. A few others who claim that they are monkey owners themselves have defended her actions, saying that it is normal to play with monkeys that way.

What do you think of the interaction between her and her monkey? Do you think it is too harsh? Would a monkey be considered a good pet to have?

Also read: Stray Dogs in Shah Alam Are Being Poisoned to Death and Their Limbs Chopped Off 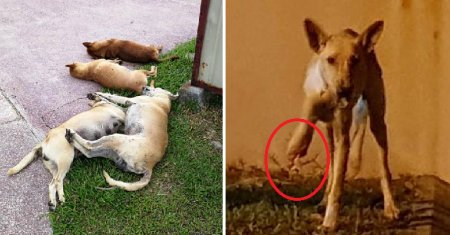