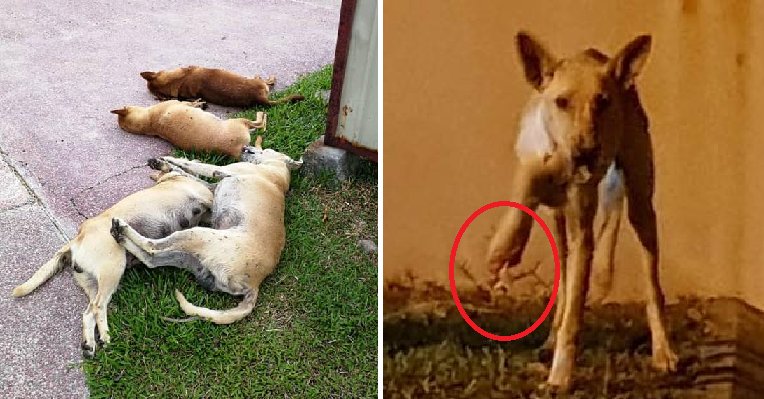 Even if you are not an animal lover, this is no way to treat these innocent creatures!

Although some people may be uncomfortable with having stray animals around their residential area, it certainly does not excuse them from killing these animals. 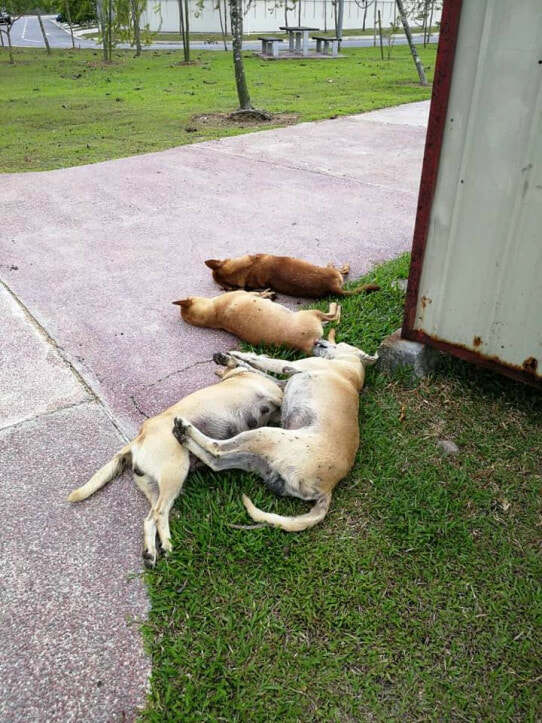 It has been reported by The Star that as many as 11 stray dogs so far have been found dead within the span of one week in Elmina Garden, U16, Shah Alam but the culprit(s) behind the senseless killings have not been caught yet.

The organisation that has been working with the authorities is known as Dogs of Denai Alam (Doda) and the dog lover group says that they have reason to believe someone has been poisoning the dogs. Those poor doggos!

This was because they could not find any other injuries on the dead dogs’ bodies other than foam around the mouth and excretion. Kevin Raj, one of the founders of Doda said, “Seven plastic bowls were found in the central garden facing the three housing areas, and it is believed that the contents had poison.” 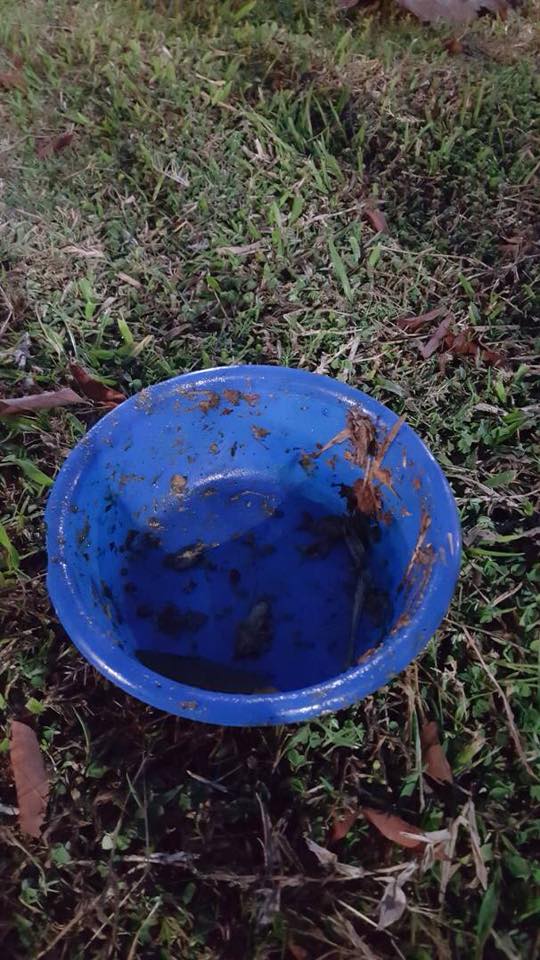 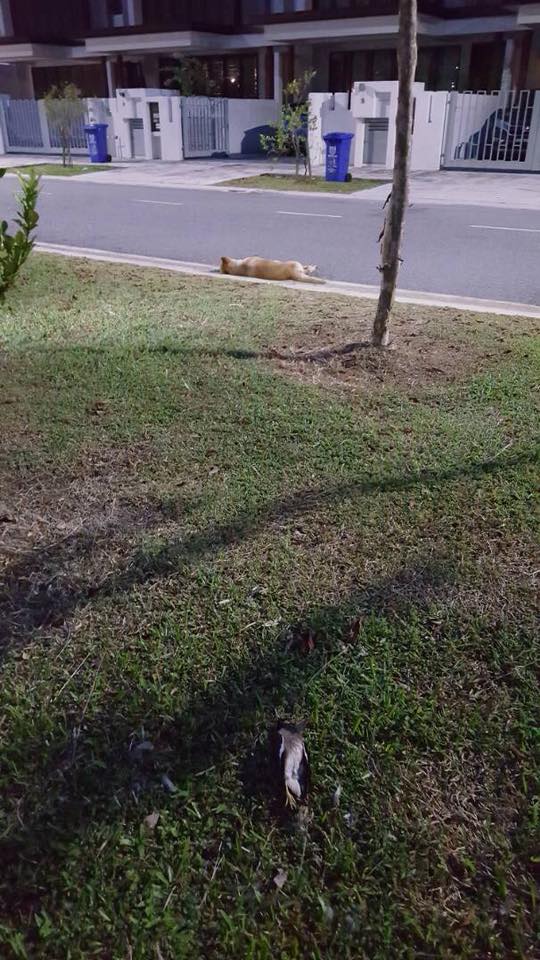 In a viral Facebook post on their page, Doda says that several animals who unwittingly ate the poisoned food including birds also died and their bodies were found in the area at the Crista, Cressida and Garinia, Elmina East parts of the residential area since July 24. 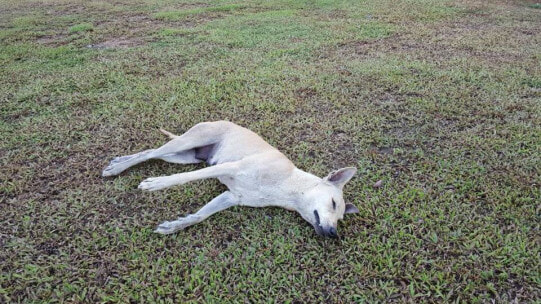 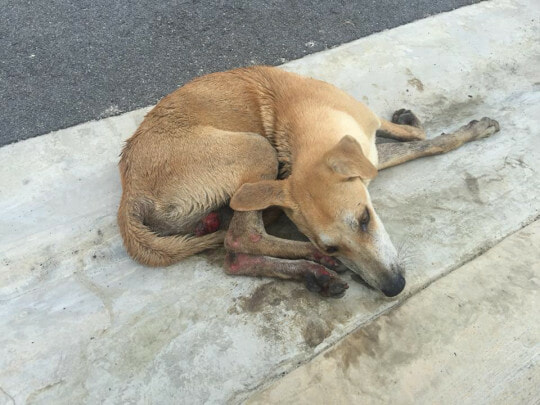 The bowls have since been collected and handed over to the police for investigation.

However, the animal cruelty doesn’t stop there because Doda also discovered that stray dogs in Denai Alam were found to be horribly disfigured by some terrible people. 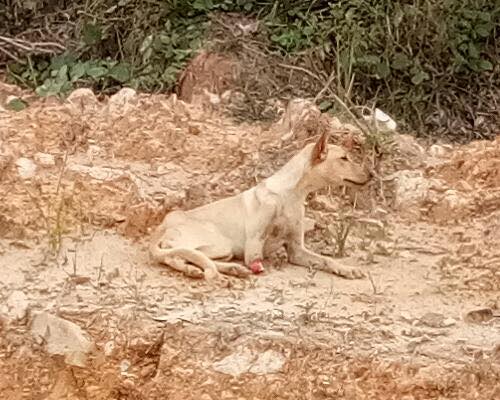 Apparently, they found at least four dogs who were limping around on three legs and the dogs seemed to be afraid of humans. One of them had fresh wounds on their severed leg and Doda is working hard to treat the injured pooch. Why would you torture a helpless dog like that?

Doda says they are working with the authorities and several other organisations to solve this problem before more defenceless canines are injured. Sime Darby Property, the developer behind the residential area said that they want to reach a humane solution to the strays as there were residents who are uncomfortable with their presence.

Kelvin also says that they are already working together with the Denai Alam Residents’ Association, Shah Alam City Council (MBSA), SPCA, and PAWs so that they can solve the stray dogs’ problem at U16. Shah Alam City councillor Muhammad Shakir Ameer Mohideen confirmed this and said that MBSA would catch the dogs humanely and then PAWS and SPCA would be in charge of rehoming the dogs.

“Since the number of strays is high in the area, we are looking at having a space to keep the dogs and work on the necessary processes to encourage adoption,” he added.

Muhammad Shakir urges other people not to take matters into their own hands.

This is horrible animal cruelty and we should never do this to innocent animals. If there are stray animals that are becoming a nuisance, do report to the authorities instead!

Also read: Over 30 Dogs Raised by Old Man Poisoned to Death by Cruel People in Penang 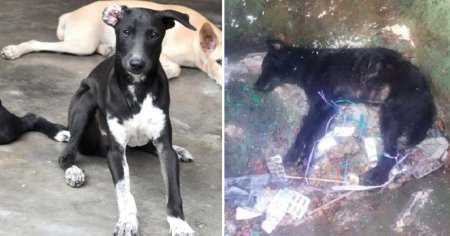