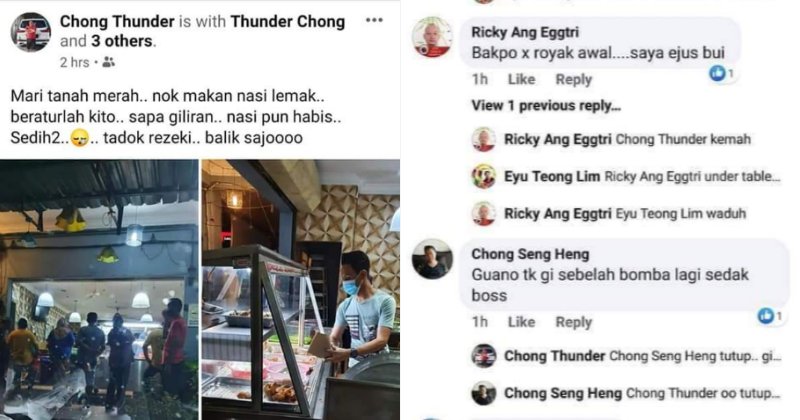 Dialects have a special place among Malaysians, serving as proof of how much we Malaysians have adopted each other’s culture, to a point that it alters the way we speak in our daily lives.

And dialects are indeed hard to master, as there is no formal learning process involved, dialects are usually adopted when you immerse yourself with the community you live in.

Such is the case for these Kelantanese-Chinese when they spoke and wrote in fluent Kelantanese when responding to a famous watering hole that went viral on social media.

For most of us living outside of Kelantan, seeing a non-Malay conversing in a certain dialect is quite uncommon, but for a Kelantanese, such a scene is just a part of everyday life in the East Coast.

“If you were to close your eyes, you wouldn’t even notice that the speaker is Chinese. They are really fluent.”

To give you an idea just how fluent they are, netizen @akhifairuz_ shared several images of how the Kelantanese-Chinese would converse with one another in the Kelantanese dialect. 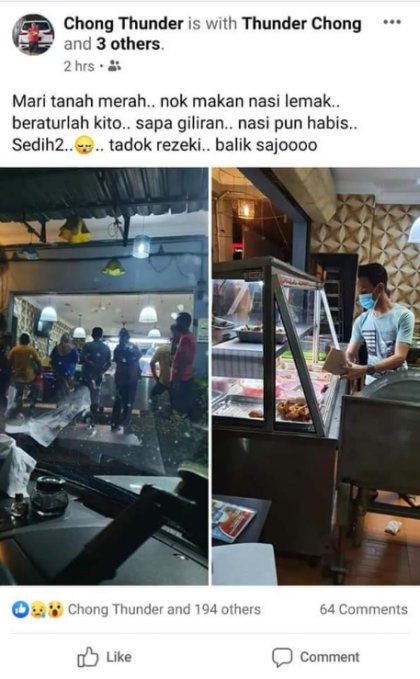 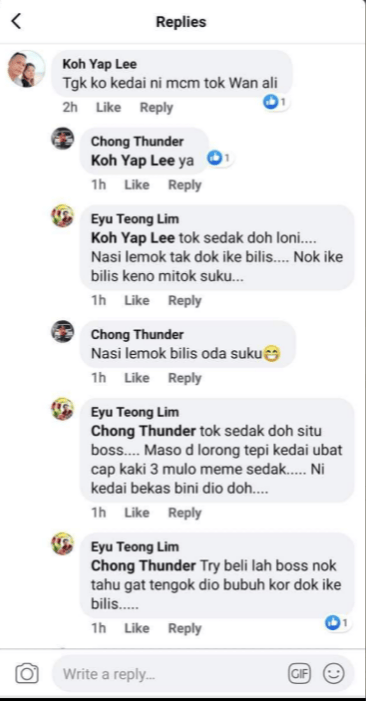 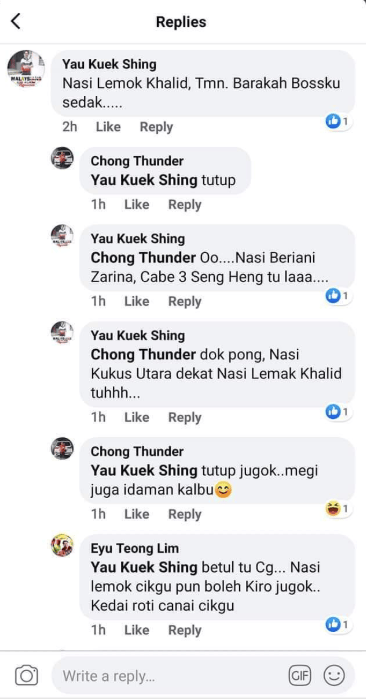 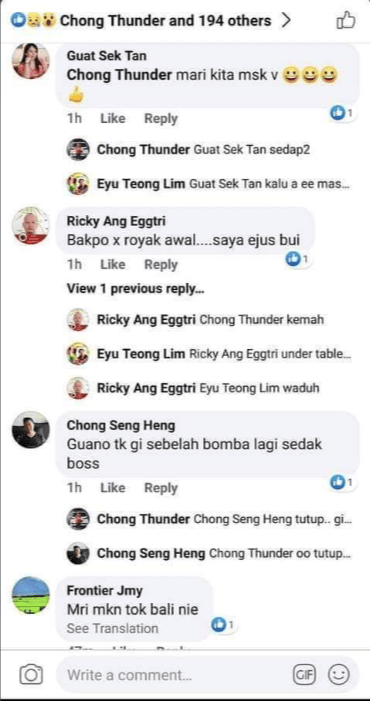 In his tweet, a discussion took place in a Facebook post made by a netizen named Chong Thunder who writes, “If you want the best Nasi Lemak and do not mind lining up, come to Tanah Merah (Kelantan).”

Replying to his Facebook several others began comparing notes on the best places to eat in the state of Kelantan – all in the Kelantanese dialect.

Truth be told, even speakers of Bahasa Malaysia at times stumble and fall in their attempt to understand certain Malaysian dialects especially Kelantanese.

Let’s tip our hats to our fellow Malaysians for not only showing how far we have come together, but also how we tend to shed light on the similarities we have instead of giving attention to our differences. 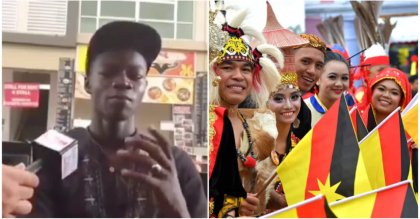