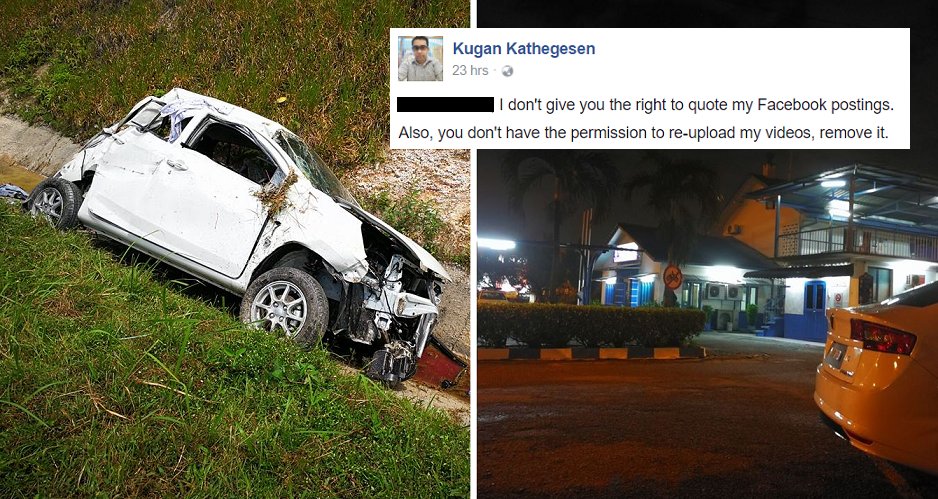 Recently, a horrific accident involving a Perodua Axia and Proton Persona has shaken the nation after a three-month-old baby lost his life in the accident. The whole incident was captured by a dash-cam and the footage was uploaded by Kugan Kathagesen on his Facebook account. 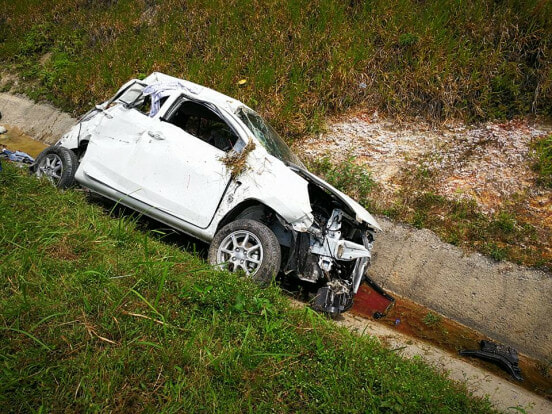 As a witness to the horrifying accident, he shared:

“On the way to Kedah today. I witnessed an accident, happened right in front of me.

“A White Perodua crashed. The father, mother and their 2 kids managed to come out. One of the kid that was like 1 year old, was stuck inside the car. The father kept on asking for help to pull his baby out. The doors were stuck. Eventually, I managed to force open the door and pull the baby out. There were a lot of blood and the baby don’t seem to be moving. The mother started to cry while carrying the baby. I was heartbroken.

“The driver of the Proton and his passenger never bothered to come and check on the victim. Despite it was clearly her fault. I was really upset about this.”

However, the heroic netizen who was the eyewitness to this tragedy was suddenly cast into a rather negative light by a local Bahasa news portal.

Here’s the headline by the news portal: 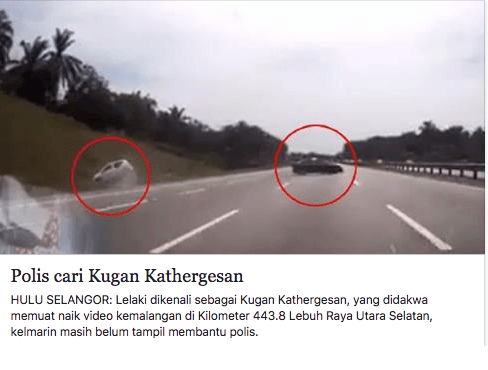 These pictures are screenshots from the said local news portal. The headlines were poorly worded and they had obviously cast Kugan into a very bad light. It sounded as though Kugan is a fugitive who’s responsible for the accident, and the police is hunting for him. He’s not a criminal okay, he’s the witness!

Also, the line ‘masih belum tampil membantu polis‘ sort of depicted Kugan as unwilling to cooperate with the police, even though he mentioned on his Facebook post that he had already emailed the footage to PDRM and cooperated with them.

Netizens who were following the development of the case were baffled and thus, criticised the news portal for their irresponsible writing. The news portal has since taken down the news article as it wasn’t accessible anymore.

“I was already at the police station at 4pm. This article is written after that. Should I sue them?” Kugan mentions.

Hours later, the portal updated the news saying that Kugan has recorded his statement at Setapak Police Station, which wrote:

“The witness has handed over the dash-cam and the footage to the police to facilitate the investigation and we (the police) would like to thank him for cooperating with us.”

Aside from this issue, Kugan also pointed out that most news portal had gotten their facts wrong. Apparently, the baby wasn’t thrown out of the car as he was the one who pulled the car door open and retrieved the baby.

Anyway, we’d like to thank Kugan for his heroic act of helping the family at the crash site. Malaysia needs more people like him! 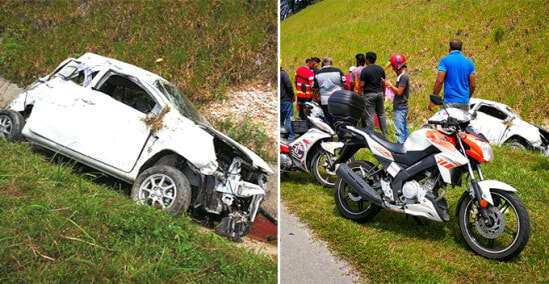