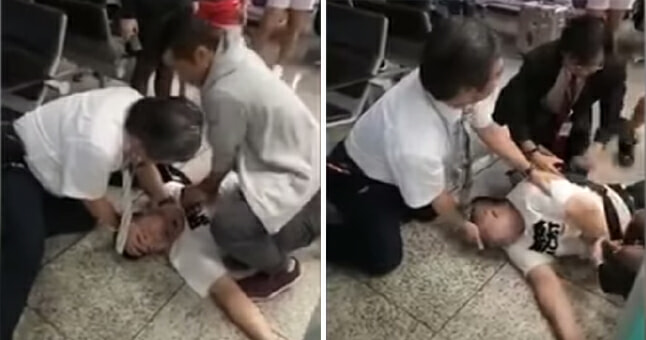 While most foreigners consider us Malaysians to be a friendly bunch upon visiting our shores, that sentiment doesn’t stop there as proven recently by the heroic act of a young man.

Malaysia national basketball player Mohd Shadzwan Kamalrulzaman has turned into a national hero when the footage of him saving a man’s life was making rounds on social media. That’s another feather on your cap Shadzwan!

From the footage, Shadzwan was performing cardiopulmonary resuscitation (CPR) on an unconscious man at Hong Kong Airport on 13 December. 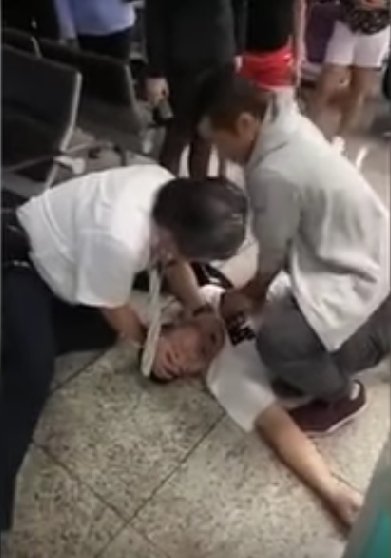 The incident took place when Shadzwan and his team were about to board a bus that would take them to their hotel. He told Harian Metro:

“A woman suddenly screamed for help. I looked around and saw a man lying unconscious, his lips blue, frothing at the mouth.”

Seeing this, Shadzwan quickly jumped in to save the man. He first checked for the pulse but failed to detect any. The unconscious man wasn’t breathing as well. So Shadzwan performed CPR on the man hoping to revive him.

Thanks to the CPR performed by Shadzwan, the man showed some response. As soon as the man was able to move his lips and eyes, the paramedics took over to care for him. 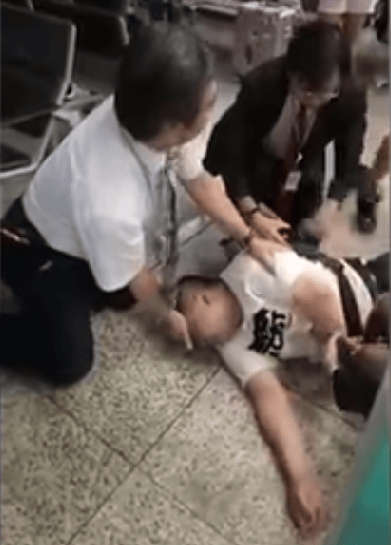 However, little did he know that his heroic action had been recorded by Malaysian Basketball Association (MABA) president Lua Choon Hann on his phone.

The 50-second video was uploaded onto Luo’s Facebook and it has garnered over 45K views and 200 shares by netizens.

In response to the viral footage, Shadzwan said he didn’t know that he was being recorded at that time and was surprise to find it going viral on social media. He was then quoted by Harian Metro:

“I don’t think I did anything special because I’m sure anyone else would have done the same to help the man, I am simply happy that I was able to help in some way towards saving that man’s life”

Not all heroes wear capes. Some comes garbed in a jacket and sweatpants.

Here’s the video of the hero in action: