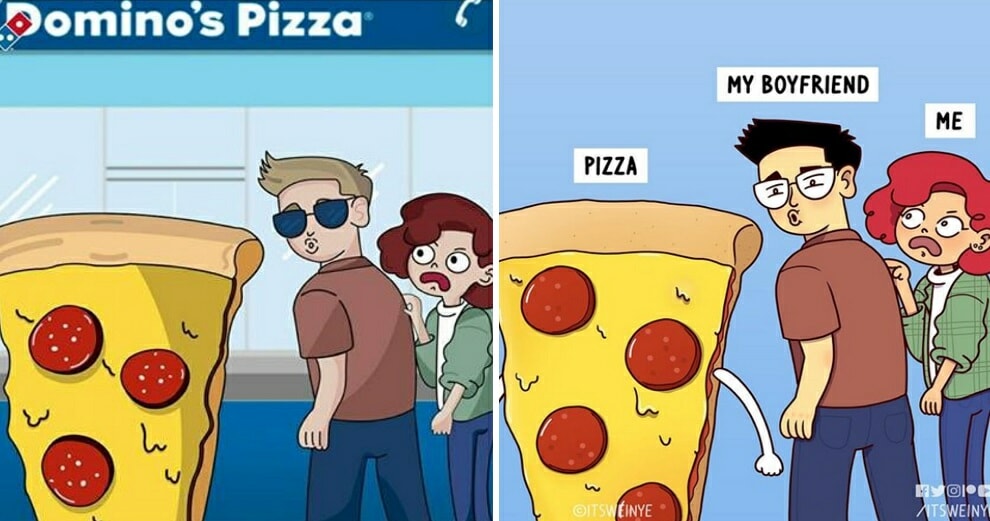 Earlier on Sunday (25th February), a local artist named Weinye Chen took to Facebook after discovering that her comic was used in a social media advertisement for the popular pizza chain without her permission or credit.

Based on a side-by-side comparison, it’s very hard to ignore the blatant similarities despite the slight change in the characters’ clothing and general appearance. On top of that, her original drawing was initially posted on her Instagram account months ago in September 2017. Yikes! 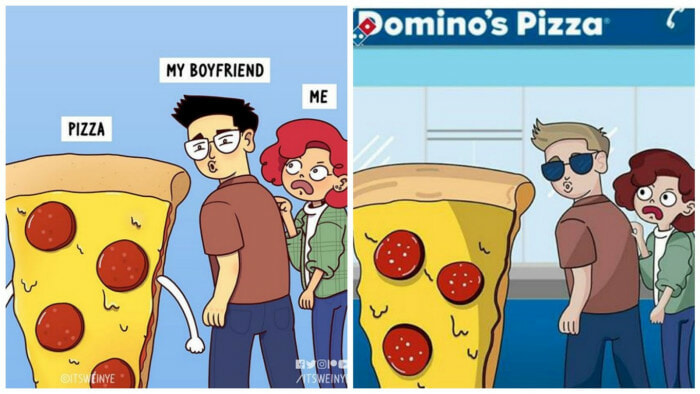 As if that wasn’t enough, when one of her followers pointed out the blatant plagiarism in the comments section of the advertisement, Domino’s simply replied “memes are memes”. 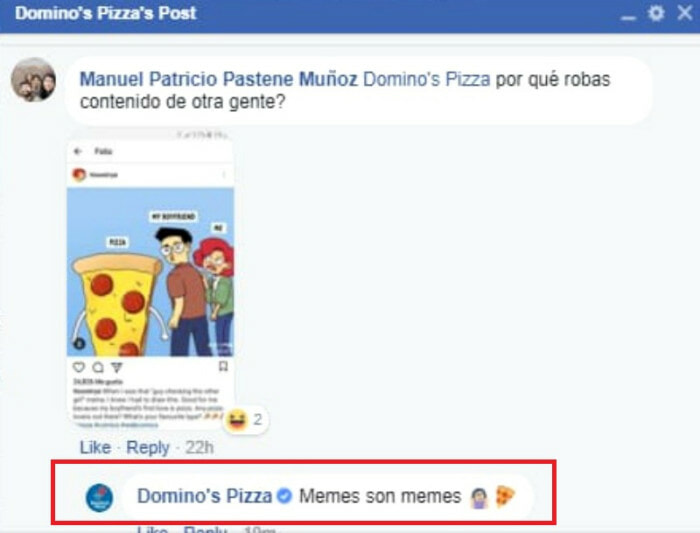 “When confronted by one of my followers as to why were they stealing content? Domino’s simply replied, ‘memes are memes’.”

“I like how they made effort to change (or whitewash) Robbie’s character’s appearance but not to my redhead character (which is obviously the most important and recognizable bit of the whole thing) lol.”

Upon discovering the advertisement, Weinye decided to leave a comment calling them out on their plagiarism and made sure to include a photo of her original artwork. 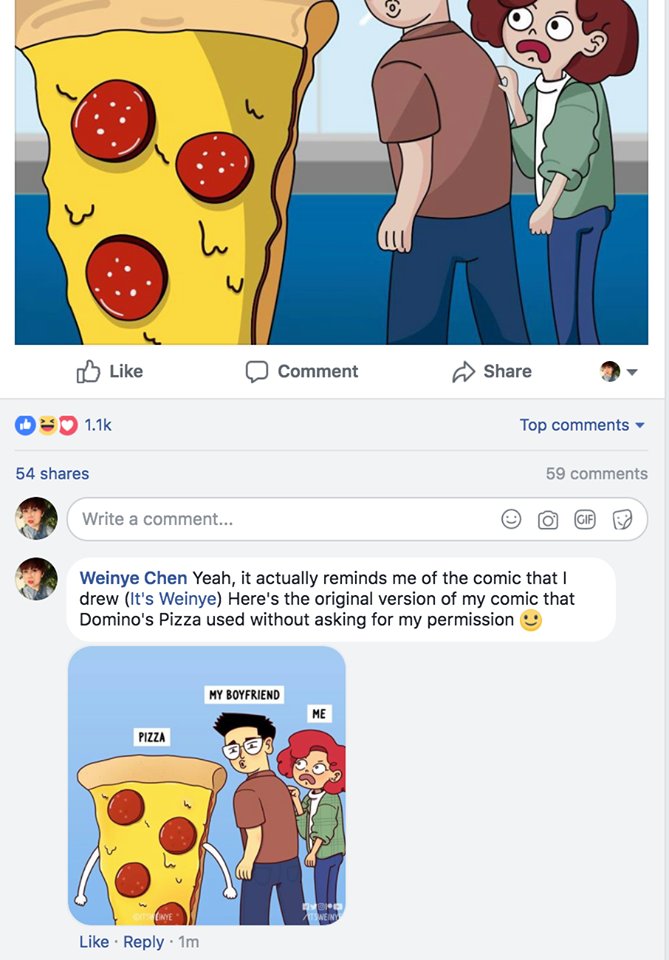 Now, according to a recent update from Weinye, Domino’s Pizza Chile has since removed the Facebook post. 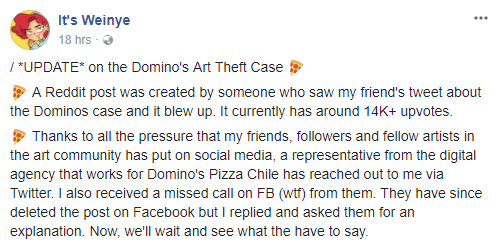 Well, we’re glad that the plagiarised drawing has already been taken down. Let’s hope they take the effort to ask an artist’s permission and credit them next time! And at least apologize if they’re really at fault! 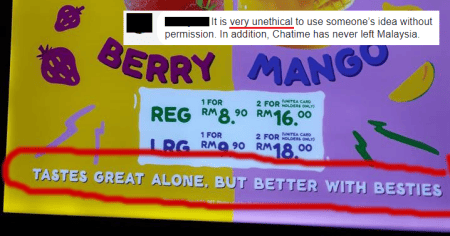