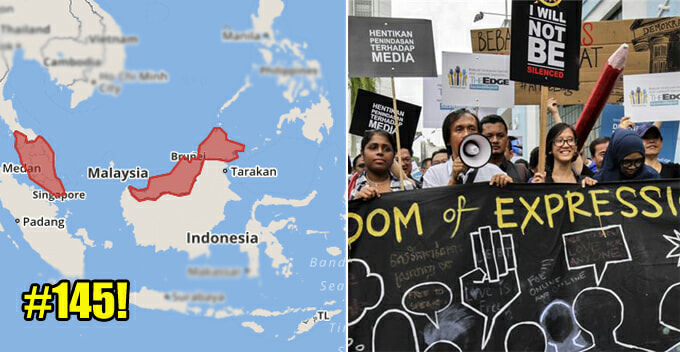 The 2018 World Press Freedom Index has just been released, and like previous years, our beloved country didn’t perform well. Sorry to disappoint! In fact, out of 180 countries in the ranking, Malaysia came in at 145th place, which is one spot lower than 2017. 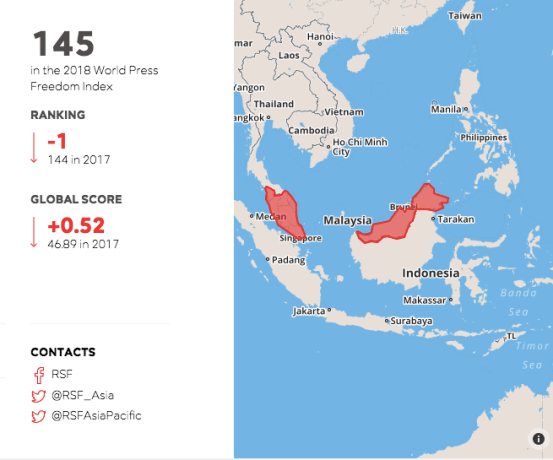 Just so you know, this index is compiled by Reporters Without Borders (RSF), the world’s biggest NGO specialising in the defence of media freedom. Their headquarters is located in Paris.

So, what makes the media in Malaysia not so ‘free’? Well, according to RSF, there are a few factors.

1. Reporters and media outlets are subjected to harassment

“Journalists and media outlets are subjected to harassment campaigns when deemed too independent or critical of the government led by Prime Minister Najib Razak, who is still embroiled in the 1MDB corruption scandal,” RSF said.

For instance, websites such as Sarawak Report and The Edge often become inaccessible to the mass public after covering news related to 1MDB.

2. Amendments have been made to existing laws to curb media freedom in Malaysia

RSF stated that the already powerful Official Secret Act, and Communications and Multimedia Act have been enhanced with several proposed amendments, which pose threats to media covering the 2018 general elections. 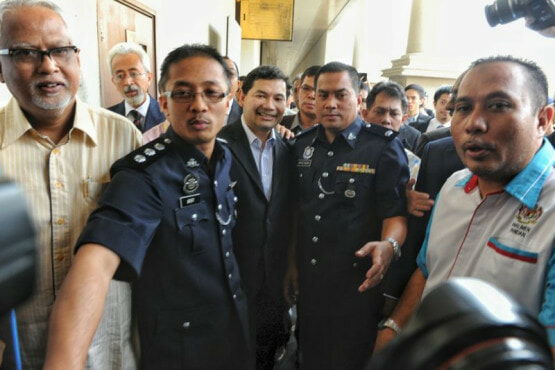 “Bloggers are closely monitored by the authorities, who can prosecute them for spreading ‘false news’, a euphemism for criticism of the government,” RSF wrote.

3. The deployment of ‘cyber-troopers’ on social media

Malaysian netizens are well aware of this fact, especially on Facebook pages that are inclined to a certain political party. This situation is so obvious that even RSF noticed it!

The NGO wrote, “Thousands of ‘cyber-troopers’ are used by the government as social network trolls.”

We’re not surprised to hear this because not too long ago, an ex-Umno supporter revealed to Sinar Harian that cyber-troopers and bloggers are indeed paid to stir up issues online. 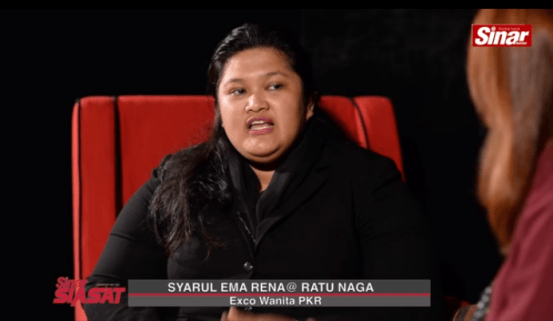 “Umno cyber-troopers can get paid in the range of few thousands to millions for one project. I’ve heard of one project that paid RM3 million to cyber-troopers and the duration was until the general election ended. As for the opposition, the cyber-troopers are not paid but done based on the party member’s initiative. I’m not sure about DAP, Amanah and Bersatu.”

You can read the full story as told by this ex-Umno supporter here.

4. The Sedition Act is the biggest threat to journalists

In fact, the law was given more power when the penalties were toughened up. BBC reported that under the newly revised law, those guilty of sedition that causes bodily harm or property damage will receive jail time of between 5 and 20 years.

The amendments also allow our government to remove any online material that is deemed seditious.

It should be pointed out that RSF did mention that under Malaysia’s Printing Presses and Publications Act, newspapers have to renew their operating license yearly with the government. However, this practice has been abolished in 2012.

In other words, their licenses and permits would remain valid unless revoked by the Home Ministry.

If we’re honest, this ranking is not something we’re proud of. Let’s hope that our government can model after Norway who topped the index for two consecutive years. 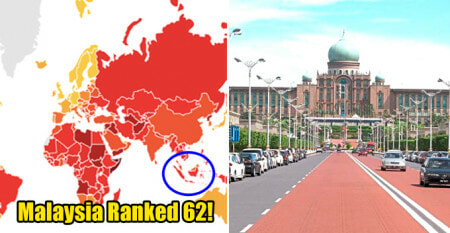