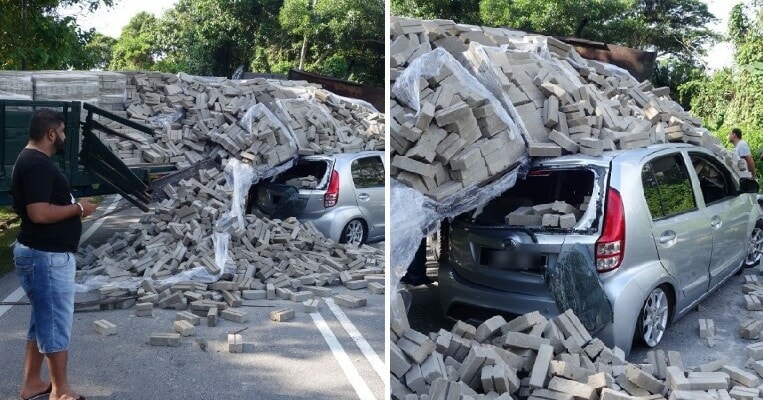 Oh no, this is seriously scary!

A lorry that was carrying a heavy load of bricks suddenly started reversing when its engine stalled and the driver could not restart it in time.

The incident is believed to have happened in Kuala Kangsar’s industrial area when the lorry was going up a steep slope on the road, Sinchew reported. It took place this morning (Feb 15) at around 10am, as the lorry was carrying its cargo to the next destination. 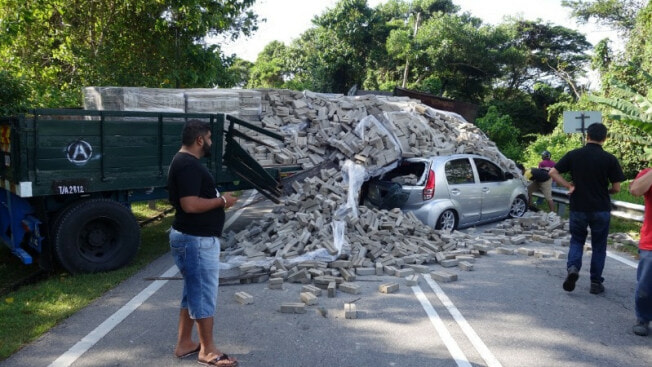 Apparently, this particular slope is notorious for its steepness and heavy vehicles experiencing problems there is not something new. Residents who live around the area are aware of this and they are extra careful when using that road.

The lorry’s engine stalled and the 59-year-old lorry driver lost control for a bit as the vehicle slid down the slope. This caused the heavy load of bricks at the back of the lorry to start falling out and unfortunately, these bricks landed on top of a passing Perodua Myvi that was behind the lorry. 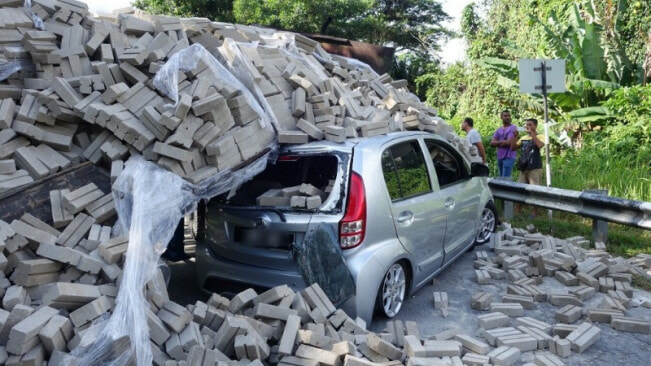 The heavy bricks fell on the Myvi as the terrified 26-year-old lady inside the car could not do anything else. Luckily, the bricks did not break the roof of the Myvi and the lady managed to escape relatively unscathed from the freak accident but not before getting the biggest shock of her life.

The bricks are currently being cleared up from the road as other motorists are unable to use it at the moment.

That must have been a very frightening experience for the lady! We’re glad that she’s fine now! 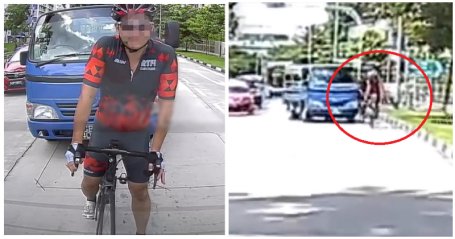