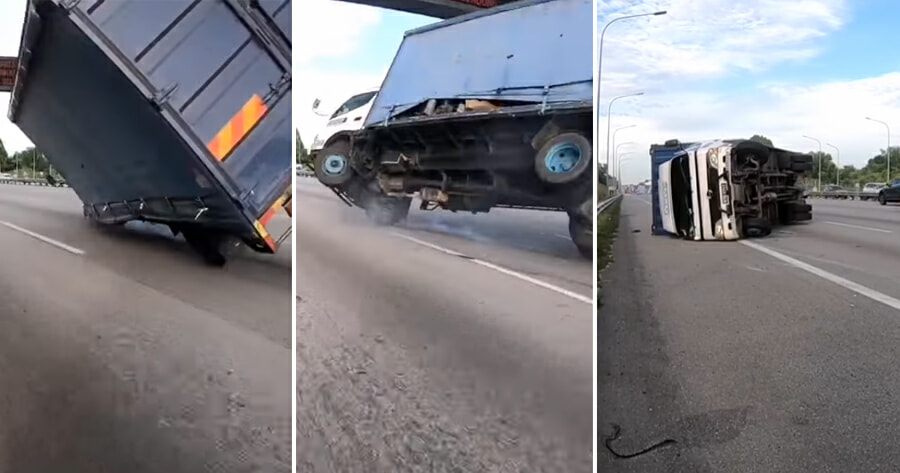 A lorry driver lost control of his vehicle after falling asleep on the wheel and skidded on the NKVE heading towards Subang yesterday (23 September).

A video of the incident shows the lorry on the right lane before it abruptly swerved to the left and tilted to its left side before toppling over on the right.

According to Harian Metro, Acting Shah Alam District Police Chief Superintendent Ramsay Anak Embol confirmed the incident which took place at about 8.30am.

He said initial investigations at the scene found that the lorry driver, a 33-year-old man, suddenly lost control of the vehicle as it is believed that the driver had fallen asleep behind the wheel. 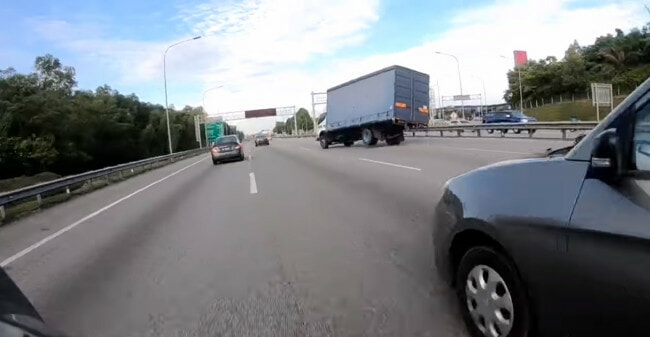 He said a few minutes later, a motorcyclist on the same road failed to dodge the lorry and collided with the vehicle, which is not shown in the recording. However, the motorcyclist only sustained minor injuries.

Additionally, Ramsay said a urine test was conducted and the lorry driver was found to be positive for methamphetamine. 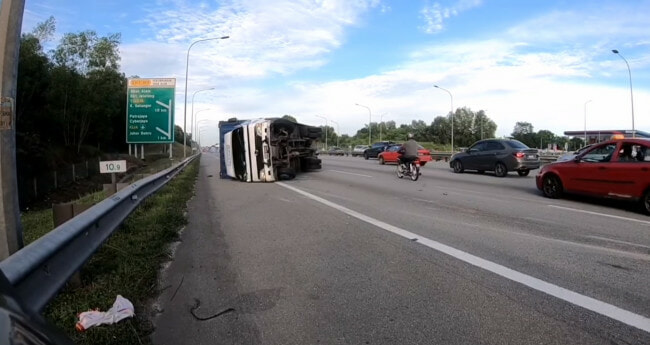 “The suspect was brought to court today for a remand application for an offence under Section 15 (a) of the Dangerous Drugs Act 1952,” he said.

“As for traffic offences, the case is being investigated under Section 45 of the Road Transport Act 1987 for driving a vehicle under the influence of drugs.”

Ramsay added that witnesses or members of the public with further information about the incident are urged to contact the Investigating Officer of the Shah Alam District Traffic Investigation and Enforcement Division, Inspector Mahummad Hasrul Suhiami at 011-31215697.

Stay alert on the road, everyone! 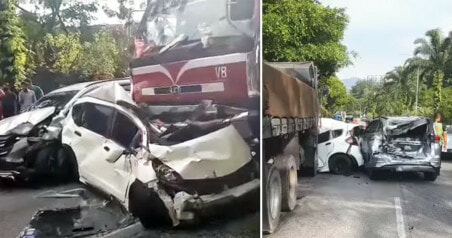