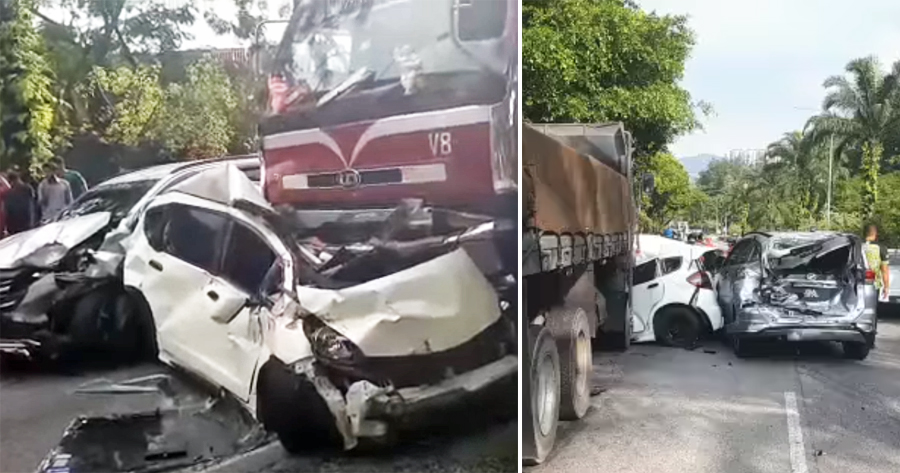 A third pile-up accident has taken place this week involving another lorry and seven other vehicles.

According to Astro Awani, the incident happened on 9 September at Persiaran Bukit Rahman Putra 1, Sungai Buloh around 6.20pm.

Sungai Buloh district police chief, Supt Shafa’aton Abu Bakar said the lorry driver was at a downhill bend when he lost control of the vehicle due to faulty brakes and crashed into several other vehicles waiting at a traffic light.

She said the lorry laden with tarmac had crashed into a Perodua Myvi, Perodua Axia, Honda Jazz, a four-wheel-drive vehicle, two vans and a crane lorry.

“All the victims, aged between 35 and 57, escaped uninjured, but their vehicles were damaged,” she said.

Currently, the 35-year-old lorry driver is under investigation to determine if he was driving under the influence of drugs. The case is being investigated according to Section 43(1) of the Road Transport Act 1987.

Previously on Monday (6 September), a lorry driver who was high on drugs crashed into five vehicles, completely crushing a Perodua Myvi in the process.

Thankfully, the Myvi driver managed to survive what could’ve been a fatal accident with only minor injuries. 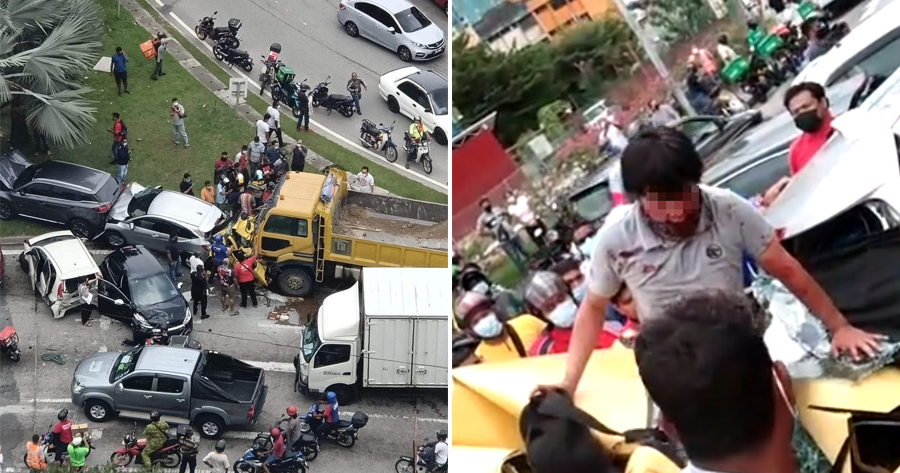