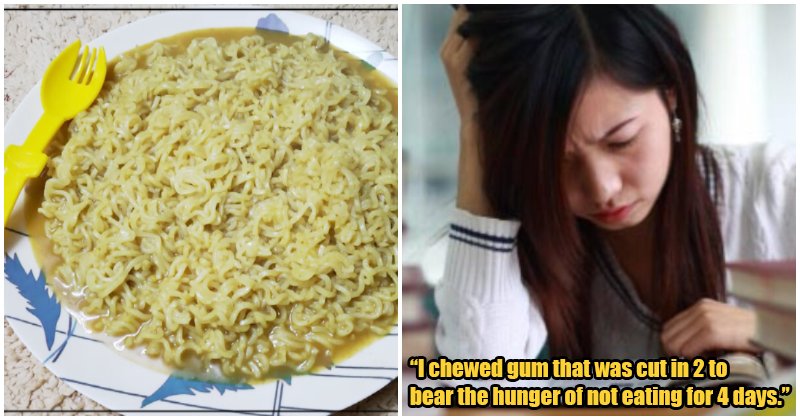 A majority of us have experienced being broke at least once in our lives, especially when going from our higher education stages to our young adult stages. Let’s face it, adulting is very expensive and super hard.

But what we often fail to see though (probably because we’re complaining) is that there will always be someone out there that has it harder than us.

Abeden wrote, “Do share your experiences of when you were the poorest in your life.”

Some of the responses he received are truly sad and heartbreaking.

This comment says, “When I broke my fast in my room in university, I used to dip dry crackers into tea for a week. I’d put on Hari Raya songs to add to the sad atmosphere.”

This comment reads, “I didn’t have money to buy pads. I just used tissues. Until I die, I’ll remember this experience and hope I never have to go through such difficulties again.”

This comment goes, “I didn’t have any money when I was studying. I went 2 days without eating. I messaged my father to tell him I had no money for food. He came with rambutans and salak fruits. He told me he didn’t have money to give either. Those fruits were all he had. Until I die, I’ll remember that.”

This comment says, “I chewed gum that was cut in 2 to bear the hunger of not eating for 4 days. The day after was the 5th night in which I couldn’t sleep because I was sweating and my heart was palpitating. My friend staying next door fed me Milo 3-in-1. My friend also shared Maggi soup packs with me for a week. May you RIP, Nel, and thank you.”

This comment reads, “I had white bread spread with strawberry jam at 7-Eleven. Luckily they had clean tap water (I had asked the cashier). I did this for more than 2 to 3 months to survive. I lived in my car. My motivation to swallow it was that I repeated in my head, ‘Others don’t even have bread‘ and it’s the best memory that I have.”

Thankfully, these people managed to get themselves out of those hard times and have humbled themselves based on those experiences. Most importantly, they kept their heads above water because they believed that there were others out there that had it worse than them.

So the next time you feel like complaining that you can’t afford that bubble tea you’ve been craving, we should remember that there are people out there that can’t even afford drinking water.

Abeden’s posting has since garnered over 7,400 retweets.

Hence, we truly should be thankful for the tiny luxuries that we have.

Also read: Father Too Poor To Afford A Suit, Goes To Daughter’s Graduation As Superman 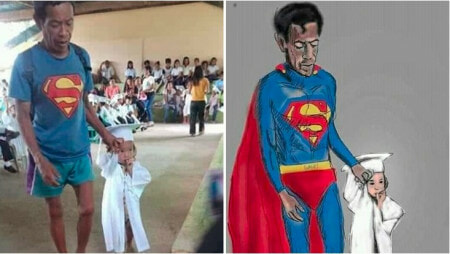