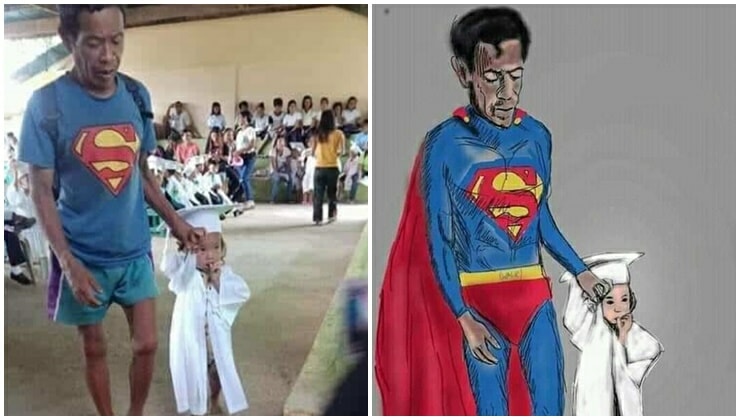 “Dad: my most real superman”

What makes a good father figure is their willingness to sacrifice everything for their kids. You certainly don’t have to tell this superdad twice!

A few months ago back in April, a father from the Philippines went viral after a netizen posted a photo of him walking his daughter to receive her graduation certificate in a Superman T-shirt. 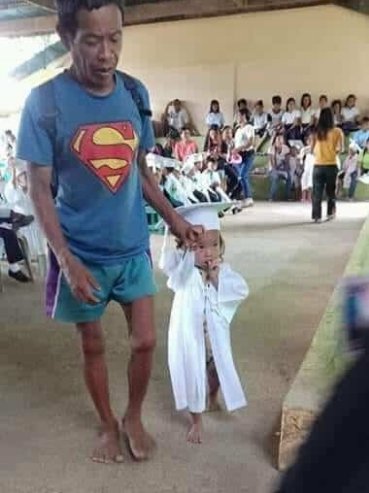 The father is a Mangyan, part of an indigenous group living on Mindoro Island. He works as a construction worker and barely makes enough money to survive. Nonetheless, he uses almost all his money to fund his daughter’s education.

Despite his struggle to make ends meet, the loving father stopped at nothing to ensure that he showed up to support his daughter, even if it meant walking her up to receive her certificate barefoot.

While he didn’t show up in your typical suit & tie, this heartwarming Superman-esque gesture does justice to the effort this man goes through in order to secure a better future for his daughter.

And now it appears as though netizens aren’t ready to let this story go just yet!

Twitter user, Lorraine, recently re-shared the touching family photo alongside a drawing of the father in a full Superman suit with the caption, “This photo deserves to be shared.”

Since the Superdad never got his chance to showcase a full super-suit, Twitter did its thing to make sure everyone knew how the Internet truly saw this hero. Netizens were warmed by the Mangyan father’s story and wished him and his daughter all the best. 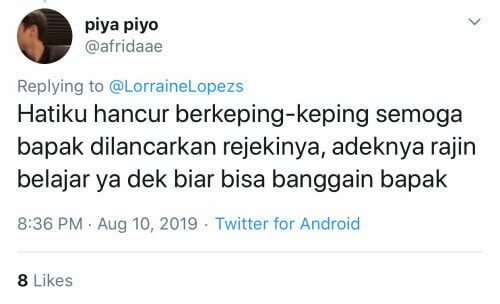 The tweet says, “My heart is broken. May her father succeed in his work and hopefully, his daughter will do well in school to make him proud.” Others were reminded of how much they appreciated the sacrifices their own fathers made just to make sure they could live better lives. 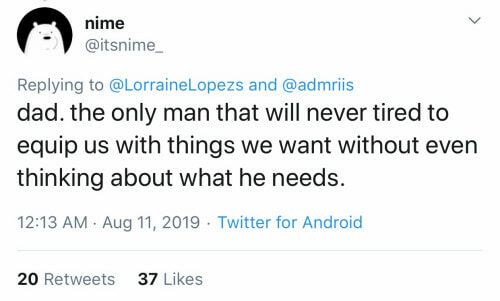 Aww, here’s to fathers! The real superheroes of our lives. 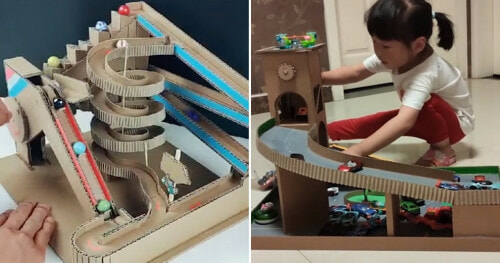