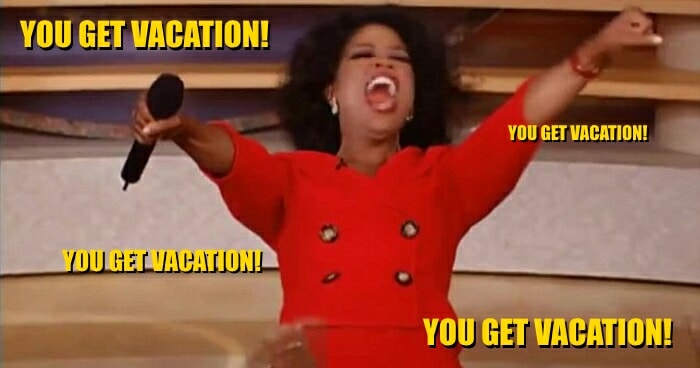 Do you have a friend that is a total workaholic and have you ever wondered how well Malaysians fare against the others in term of vacation leaves?

In the astonishing research by Expedia, it was found that Asia and North America is among the most vacation deprived and the biggest workaholic among the world.

As seen above, South Korea is the country that took the least vacation days. It was shown that South Koreans are entitled 15 days of paid vacation however they took only 8 days on average, making it the lowest among the surveyed countries, workaholic sia...

United States, Canada, and Mexico each are entitled to 15 days paid vacations and took 12 , 14 and 12 days respectively. On the other hand, countries like Finland, France, Brazil and United Arab Emirates are given 30 days of leaves and took all 30 of them on average, making it the least workaholic countries among the world! Jealous brooooo…

However, despite being entitled to 30 days of paid vacations, 68% of Spanish and United Arab Emirates workers feel that they are ‘somewhat vacation deprived’.

So where does Malaysia fit in among all these?

Malaysia on average take 12 days of paid vacation out of 16 days of available leaves!

However, Malaysia fare much better than South Korea in terms of taken annual leaves and are on par with countries like United States and Thailand. That ain’t so bad, is it?

So what do you guys think? Are we even more of an workaholic than described?