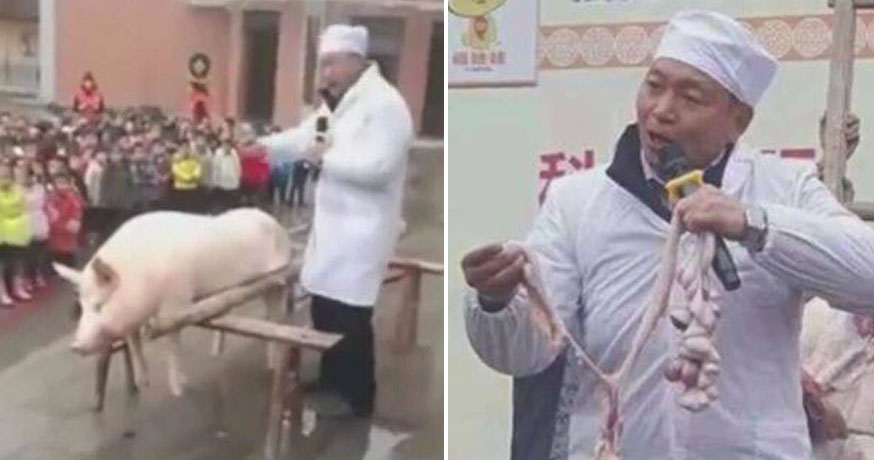 Remember how happy and excited we were when we finally had the chance to dissect frogs or mice during biology lessons back in secondary school? Apparently, these children in China have gotten a better head start than any of us!

That’s because, about 600 children from a kindergarten in Badong County, Hubei had a memorable lesson conducted by the founder of the kindergarten when he did a live demo on how to kill a pig on January 19, China Press reported. 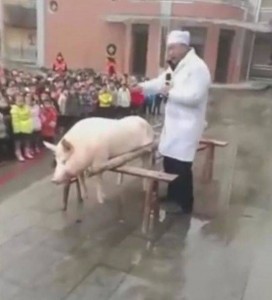 Xiang Hongmao, the founder of the kindergarten, brought a big pink pig up on stage to educate students on the right way of killing pigs. In the video posted online, Huang who was clad in a white lab coat, took hold of his wielding knife to dissect the pig’s body in front of the students. He even took out the internal organs of the pig and displayed it for the crowd to see, explaining the structure of the pig inside out thoroughly. Omg.

The children of the kindergarten responded positively as they excitedly gathered towards the front of the stage to get a better glimpse of the scene. They could also be heard cheering loudly and enthusiastically upon witnessing the pig being cut up.

According to the Xiang, he said that the knowledge from the lesson will be stored deep in the brain of the children, which lays as a foundation. The kindergarten also added that it is a local custom to kill pigs, and parents have been notified of this special lesson. 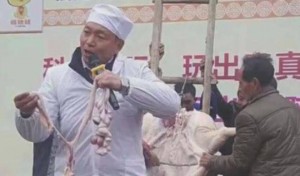 The news spread quickly among China netizens on social media, as reported by Sina. Some netizens pointed out that the scene was not suitable for the young children, as it was too bloody and gory for their age. Other netizens, however, said that it was a good opportunity to equip the children with more knowledge. What’s your take?

News reporters in the county have since contacted the director of the kindergarten, Huang Fengli, to find out more about this issue. According to Huang, the local custom to kill pigs represents good luck and prosperity. Meanwhile, to answer some of the netizens’ questions, she said that since pig-killing is a local custom, there will be no negative effects on the children. Er, sure or not? 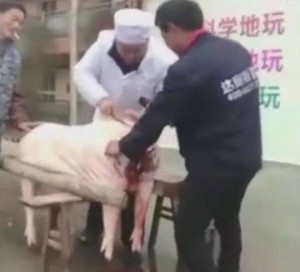 “By using the anatomy perspective to educate children on the structure and organs of pigs, it will lay as a foundation for their endeavours in the biology field in the future,” Huang said.

“The pig used as a demonstration was rared by the kindergarten itself. We have informed the students’ parents of this ‘pig-killing’ activity beforehand, and we did not receive any objections. A parent meeting was held in the afternoon on the same day, where the children were treated to a New Year’s meal as well. There were no problems encountered throughout the whole activity,” she added.

Guess the children enjoyed some delicious ‘siu yuk’ for their New Year’s meal after the lesson! What are your thoughts on this issue? Was the live demo acceptable or too much for the young kids?

Also read: Chinese Farmer Teaches Pigs How to Dive Off Platform to Keep Them Healthy 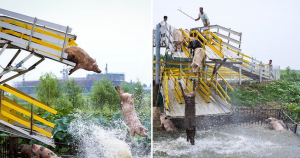