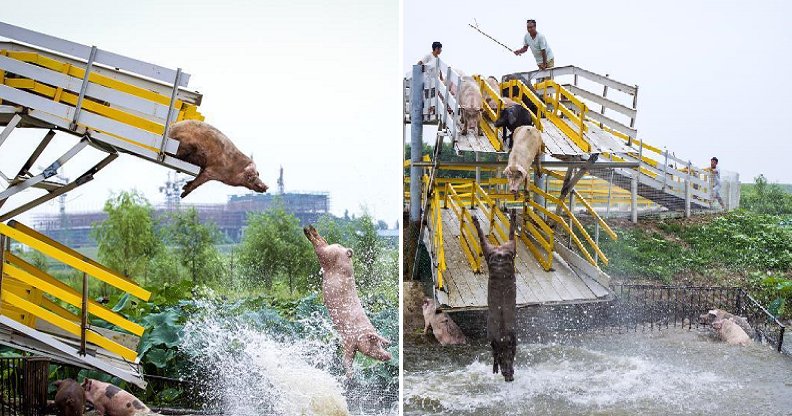 When people want to scold someone for being lazy, they often like to compare the person to pigs as the common perception of pigs is that they generally laze around, eat and sleep the entire day. Sounds like quite the life right? You get eaten, though! 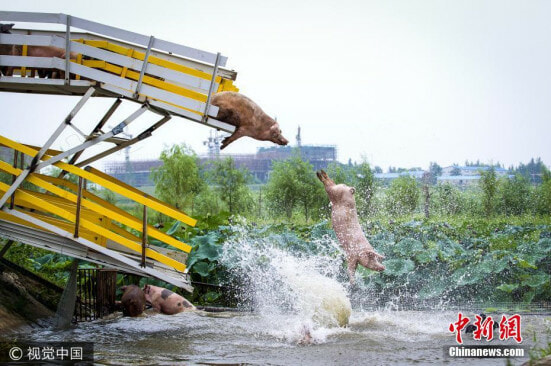 However, these pigs living in a farm in Shenyang, China are probably more active than you. That’s because they undergo daily exercise by diving from a makeshift platform into a pool of water! Their owner says it helps keep the pigs healthy. Sounds like the pigs may have a healthier lifestyle than some of us!

According to Shanghaiist, the farmer drives his porky friends up the diving board with a stick and then forces them to take a plunge into the cool water for a daily dip. This daily exercise is also a local tourist attraction on his farm and simply named, “Diving Pigs Performance”. Apparently there are different levels for pigs of different sizes but he has a simple system to determine which pigs are eligible for which level. 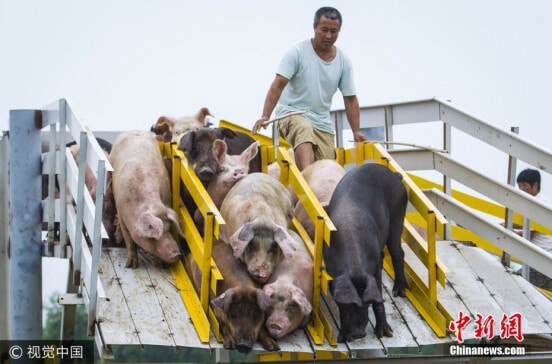 For pigs that weigh 50kg or lesser, they are only allowed to jump off the one-metre high diving board while for porkers that are above 50kg, they can leap off a three-metre high board that the farmer has constructed himself.

Sinchew reports that the farmer appears to have about 1,000 pigs on his farm and he does this because he believes that this exercise “improves the pig’s immune system and also increases the quality and price of the pork”. He says that this helps make the pork tastier as it firms up their fats as well. So, yeah he’s doing it so that his hogs will fetch better prices. 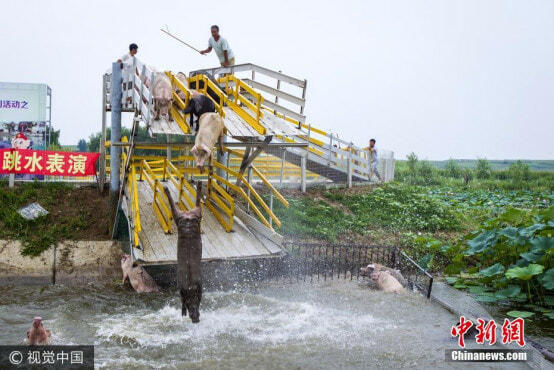 Well, at least those pigs will get to enjoy a little swim before they are sold off! 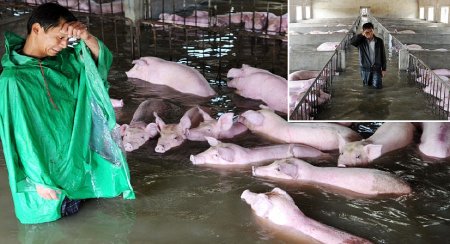