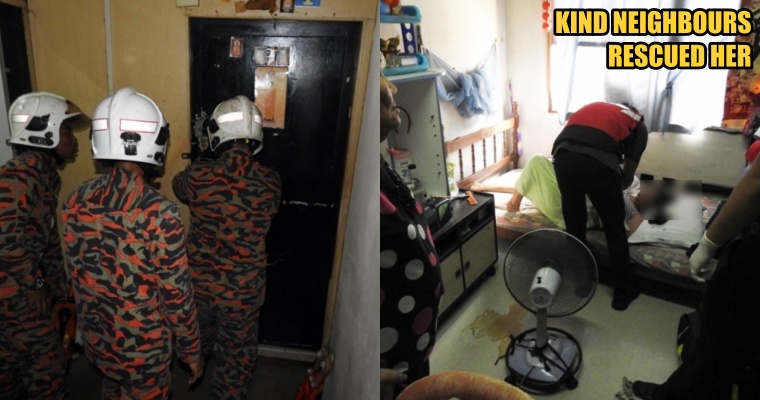 Society is no longer as close-knitted as it was a decade ago, but if you’re lucky, you might have neighbours who are warm and friendly.

An elderly woman from Melaka, Jenny, was noticed to have not stepped out of her home for two days. Her neighbours tried knocking on her door, only to be greeted with a weak response.

The neighbours hurriedly climbed a ladder to peep through the window to assess the situation. They saw Jenny lying on her bed, weak and unable to answer them. Worried about her condition, the kind-hearted neighbours called the ambulance and fire department. 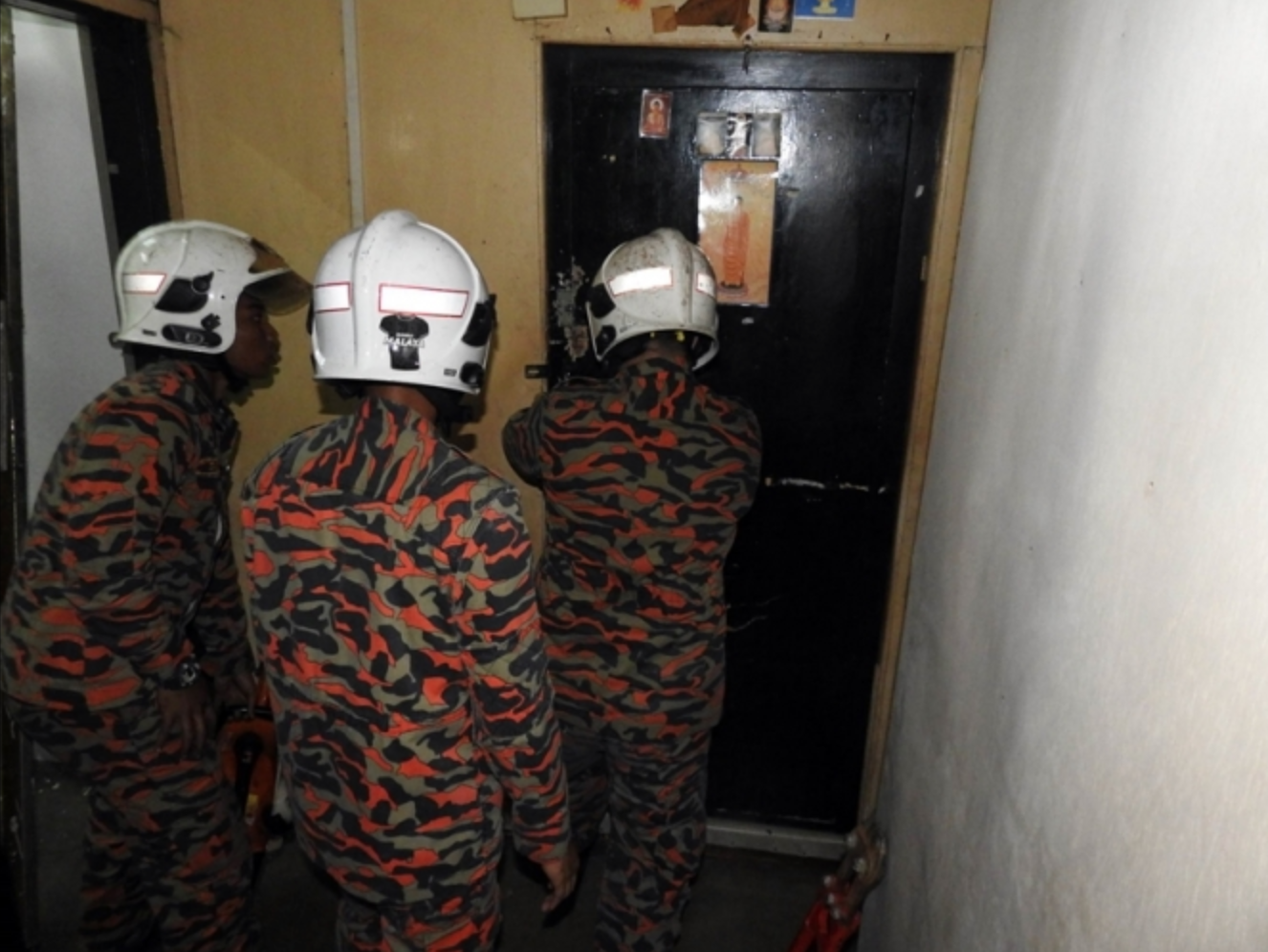 When the firemen arrived, they kicked open Jenny’s door, and the paramedics rushed to attend to Jenny. She was then sped to the hospital for treatment, and she’s currently recovering, according to Guang Ming Daily. 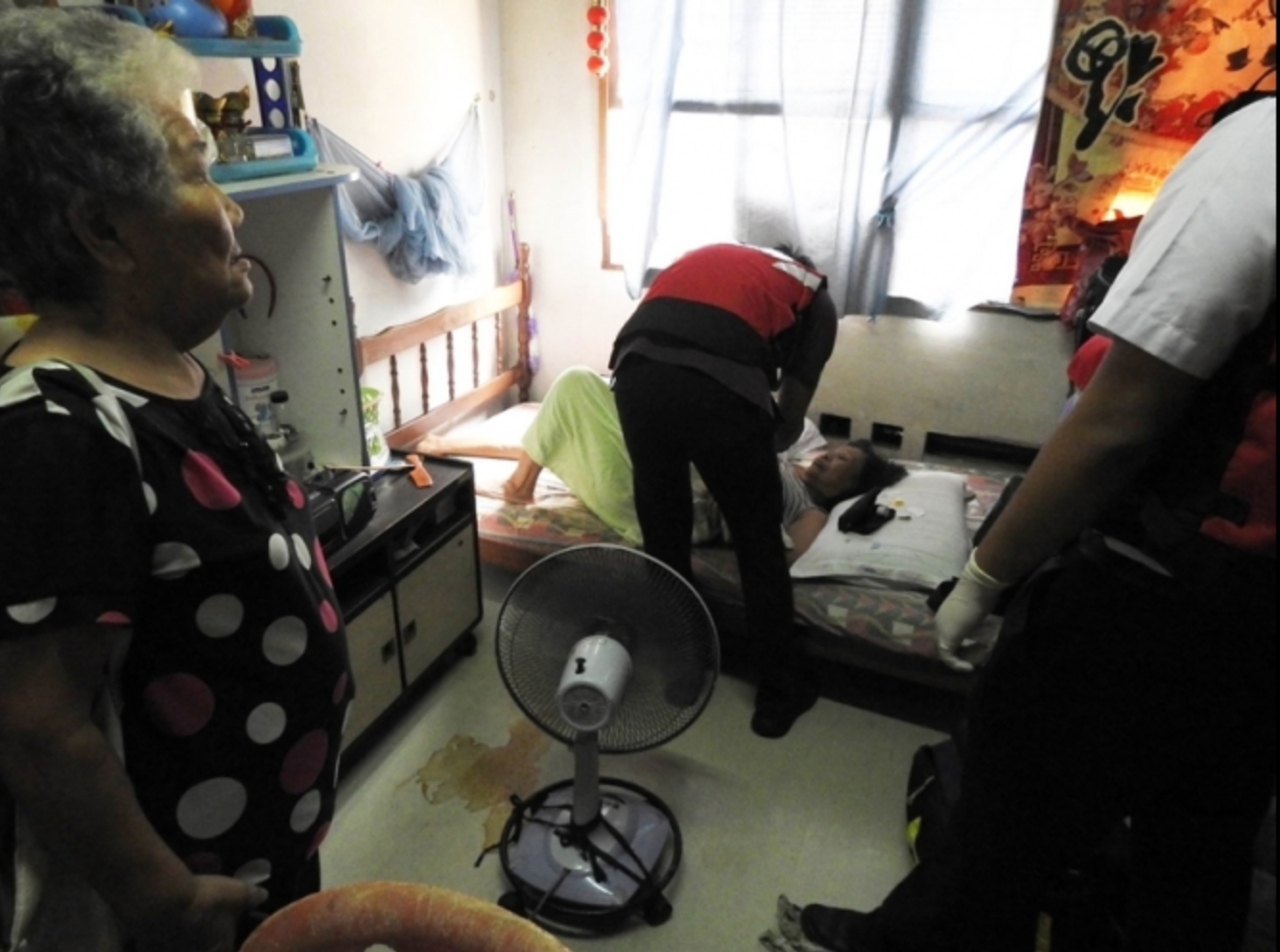 One of the neighbours, Yong, told the interviewer that she tried knocking on Jenny’s door 4-5 days ago, just to ask if she wanted to have a meal. But she declined with a weak voice.

The neighbour who resides right next to Jenny’s home told Yong that she hadn’t exited her house for days and they’re worried that an accident could’ve happened. The kind lady also mentioned that she heard her coughing for the past few days, and she hadn’t listened to her voice as well. She decided to peep through the gap below Jenny’s door, and she saw clothes were scattered all over the floor.

“The last time I saw her was 4-5 days ago around midnight. I noticed that she got up to shower at that time of the day. And this morning I had a bad feeling about Jenny, that’s why I asked our neighbours for help.”

Apparently, the residents in that area (Bukit Cina) are mostly elderly people who live alone.

We’re glad that Jenny’s alright now, and kudos to her warmhearted neighbours who were extra attentive. We hope friends and family are more active in checking on elderly people. It’s sad to see old folks living a lonely life, and ultimately experiencing a lonely death. 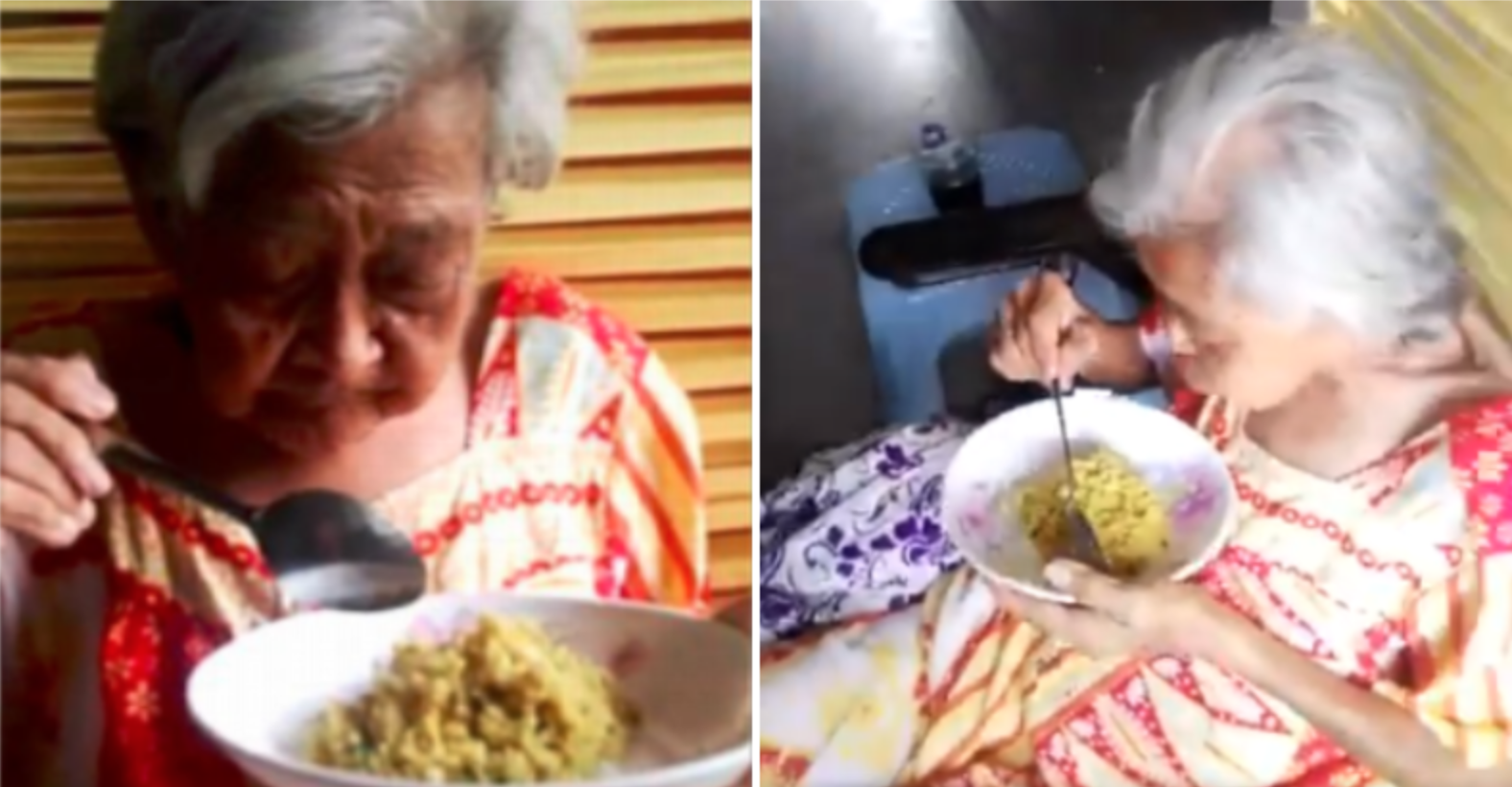