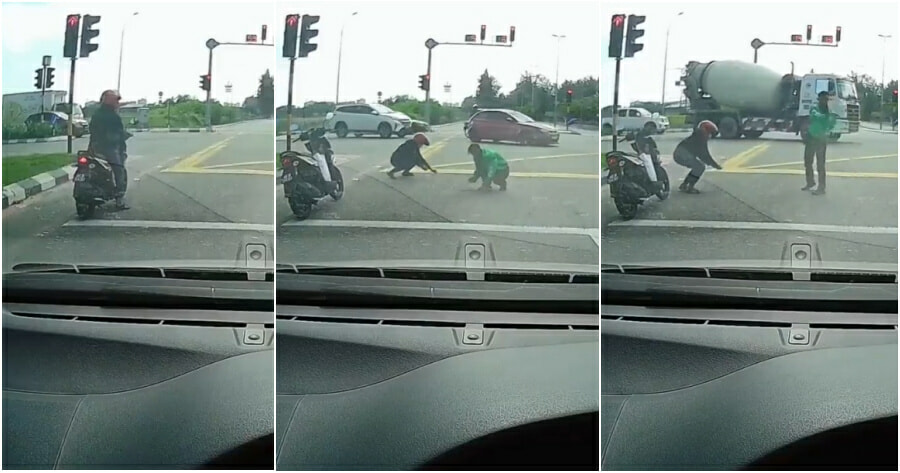 We often come across unexpected hazards while driving, such as potholes, debris of other vehicles, and in some cases objects left by irresponsible vehicles, such as nails.

A video of a Grab rider and a motorcyclist recently went viral after it showed how the considerate road users got off their bikes at a traffic light to collect nails that were scattered on the road.

The video that was posted by a Twitter user, penanam anggur(@anthraxxxx), shows a man on a motorcycle getting off his bike after noticing that there were nails on the road. He immediately bent down and collected them. As he got off, he was joined by a Grab rider who had happened to arrive at the scene.

The rider assisted him in collecting the nails before asking drivers to proceed to the other lane.

Netizens praised both men for their act of selflessness. However, another user condemned the act of irresponsible people who chose to leave the nails on the road as a hazard to other drivers. Others praised the men for doing a good job. 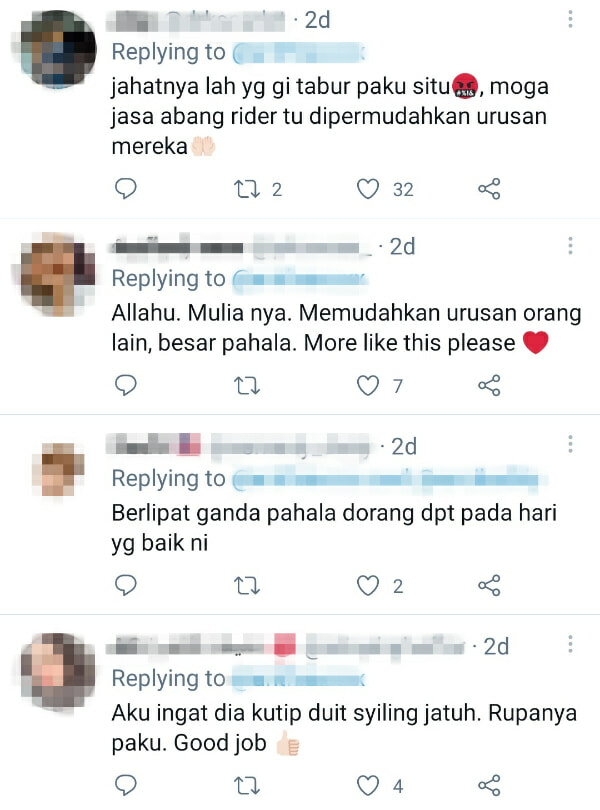 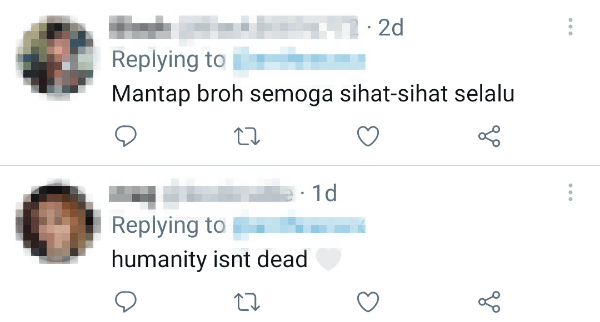 The video which is believed to have happened in Malacca has received over 3,000 retweets and 4,000 likes at the time of writing.

Also read: Piles Of Expired Raya Cookies Left At The Side Of Road In Selangor Kampung 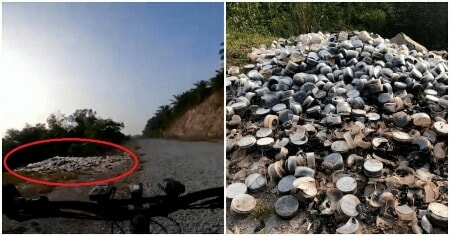