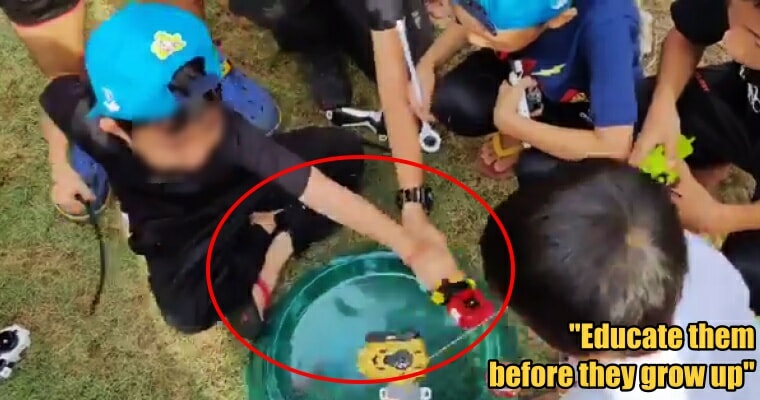 Winning and losing in a match are certain facts; what matters is how we deal with the results.

A kid refused to accept his loss in a Beyblade match, according to a video posted by Twitter user @izzuddin3 on 9 June.

The kid’s Beyblade seemed to be crushed into pieces by his opponent and was immediately defeated. He started to make a fuss about it by screaming, shouting, as well as whacking his opponent’s Beyblade. A pair of arms emerged to stop him from possibly attacking his opponent. And he ended up collapsing into the person’s arms, before sitting up to pull himself together. 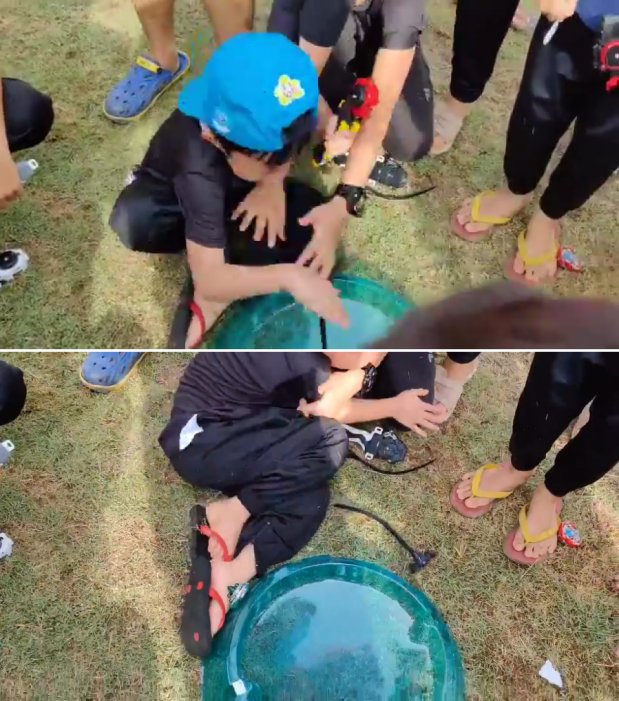 A netizen retweeted the video and commented on how much he loathes this type of children who lose their cool when they don’t get what they want. 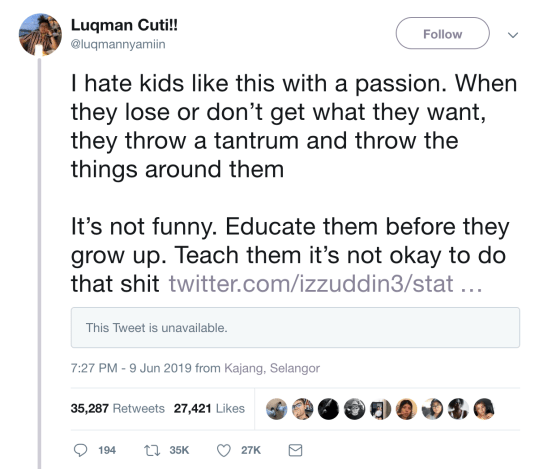 Luqman believes that all children should be educated to understand that winning or losing doesn’t mean that it’s the end of the world. Instead, kids should be taught to learn from their mistakes and try their best the next time.

He then continued to comment that “it may be cute and funny because he’s a kid, but it won’t be cute when he becomes a teenager and still throws things around him angrily”.

A netizen agreed that they “can’t stand such behaviours in children when parents refuse to buy them the toys they want”, and that they “felt like slapping the kid”. Yikes, we don’t know about violence, though!

Meanwhile, another netizen mentioned that the kid might not be throwing tantrums just because of the defeat, but that the laughter around him might have provoked him. But he also agreed with Luqman that kids need to be educated so that throwing tantrums won’t become a habit.

It’s more important to learn from our mistakes than to whine about them, and results shouldn’t matter the most as long as we do our best. 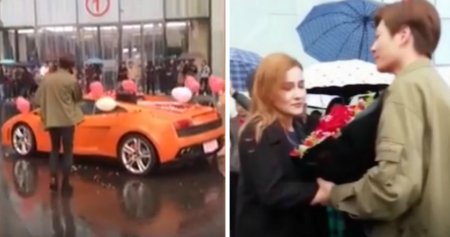