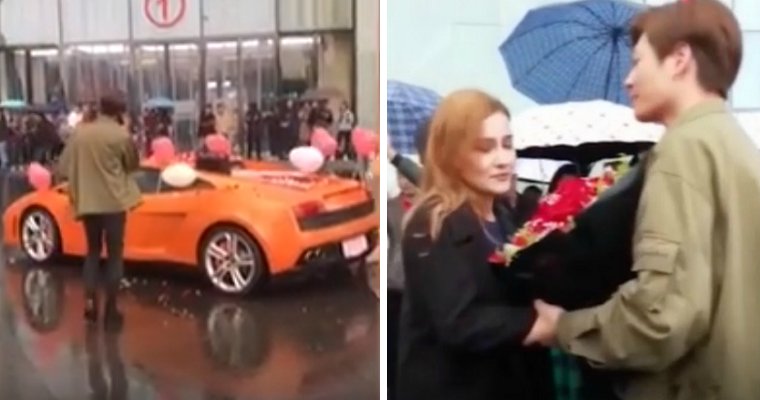 Proposals are getting more over-the-top these days and recently, a rich man from Changsha, Hunan province planned a rather elaborate proposal so that he could marry his lady love. He planned to pop the question outside Wanda Plaza shopping complex on Saturday (October 20). 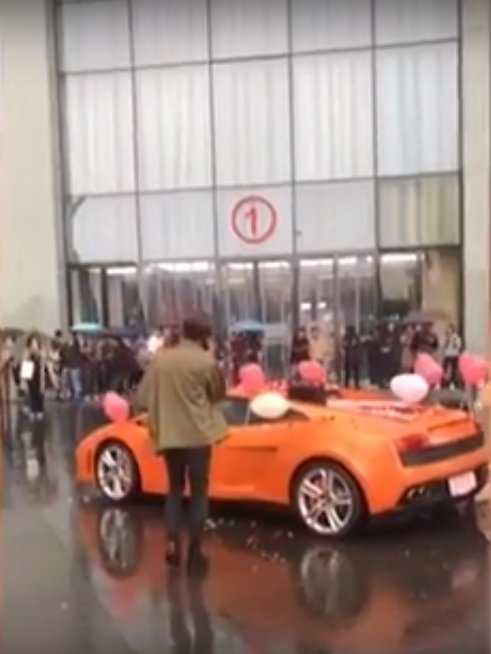 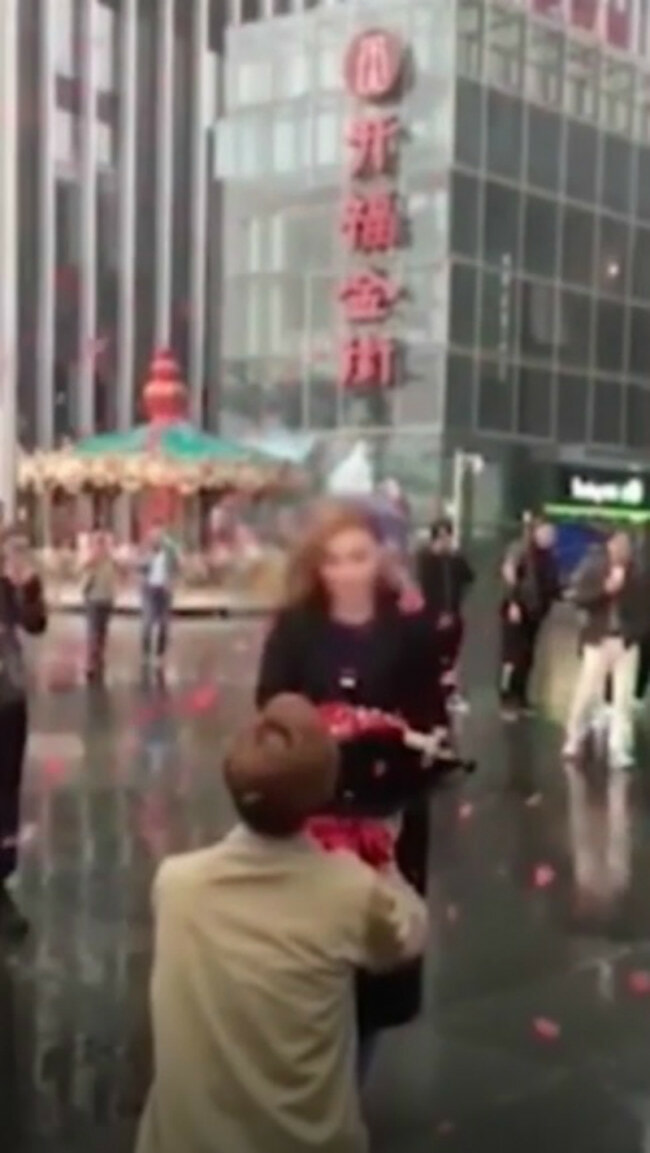 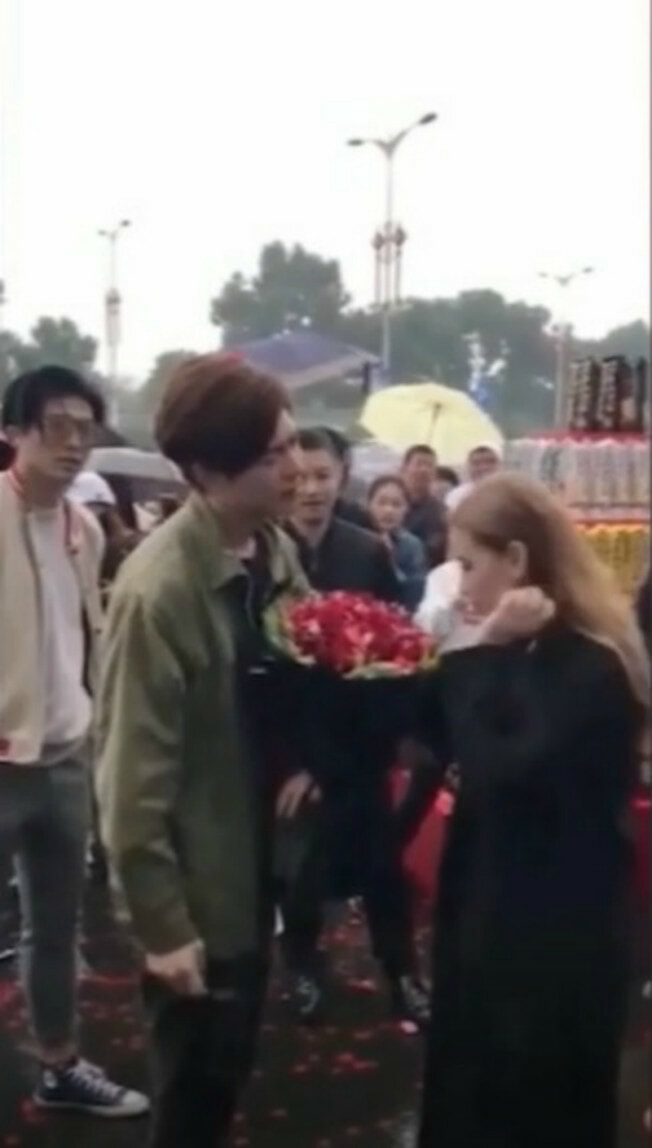 On that day, around 3pm, the man drove to the square outside the shopping complex in an orange Lamborghini with his friends and called the girl to meet him there, Xuehua reported. He had prepared roses, fireworks, balloons and not long after that, his dream girl, who is apparently an expat in China appeared with her friend.

To her surprise, the man dropped down on one knee and popped the question with the huge bouquet of roses. As onlookers gathered to witness this supposedly romantic moment, the girl seemed to be hesitating so the guy continued, saying that he had bought her favourite sports car for her as a wedding gift. 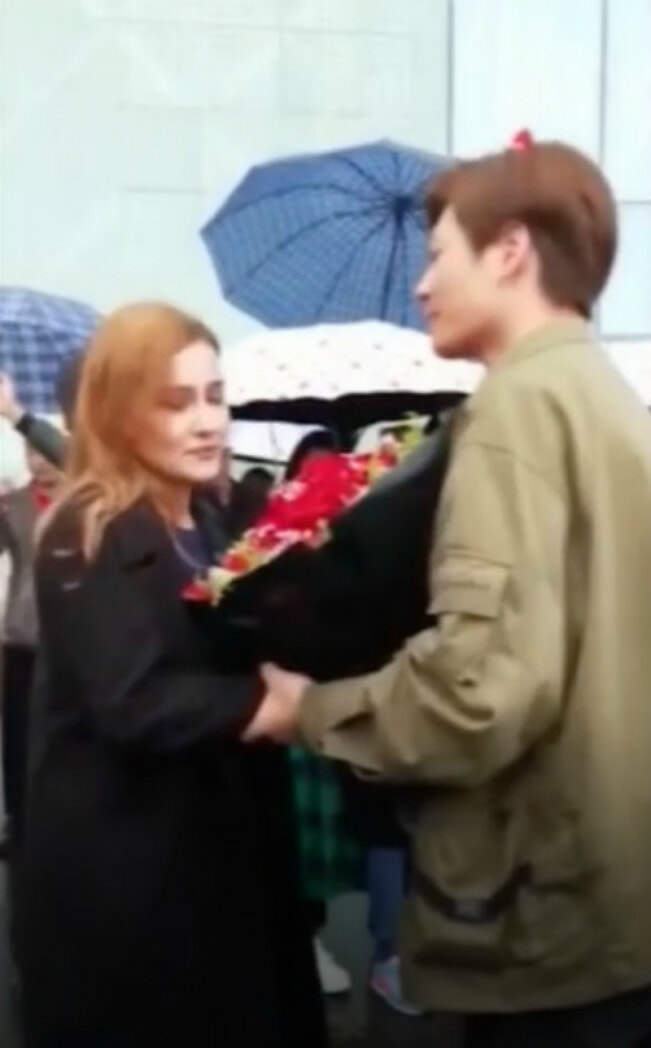 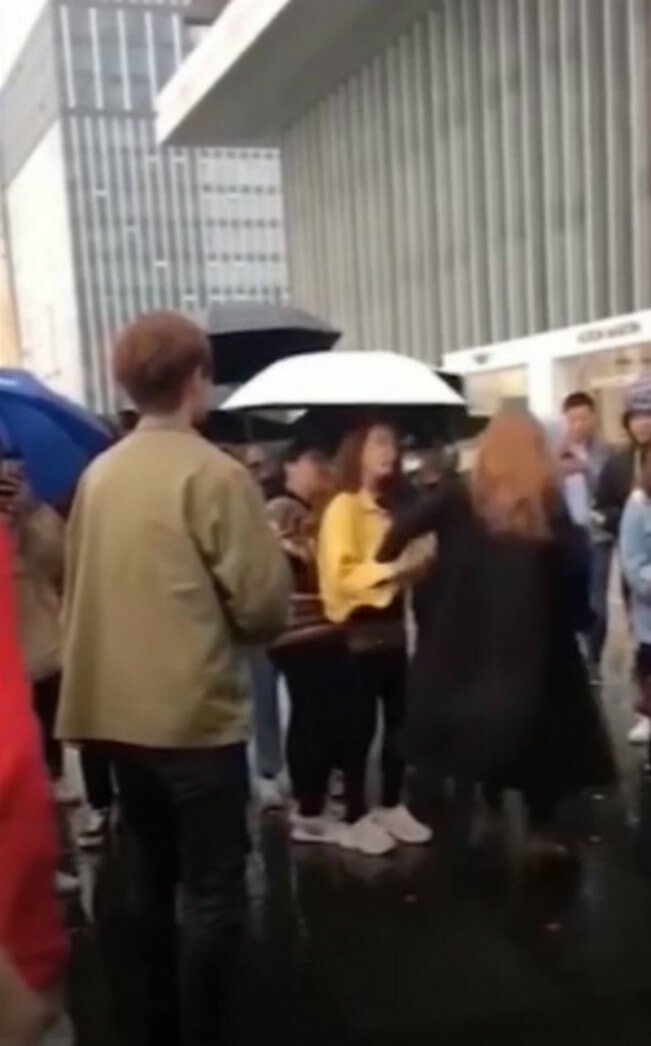 She replied to him in English, saying, “I’m so sorry, I don’t want to. I’m so sorry.” She also gave him the reason that she doesn’t want to marry a Chinese and that she wasn’t ready for marriage yet. The man got up and tried to persuade her to accept his proposal and in a desperate attempt, he said, “I have money, I can buy as many of these cars as you like. I can buy whatever you want. Marry me! Marry me!”

The girl, who was probably feeling really embarrassed by all the attention, tried to leave but the guy was persistent and said, “Don’t go! Marry me!” Seriously annoyed by this time, the girl flung off his hands and said, “So what if you have money?” before storming off with one of her friends who was watching the entire thing at the sidelines. No means no, okay? 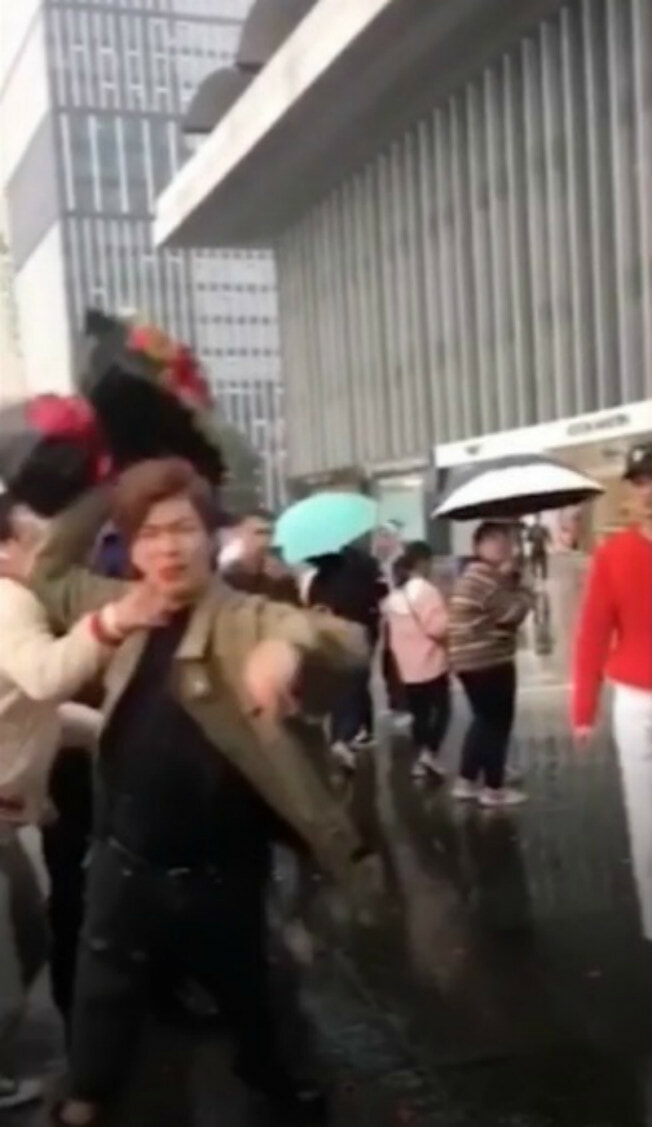 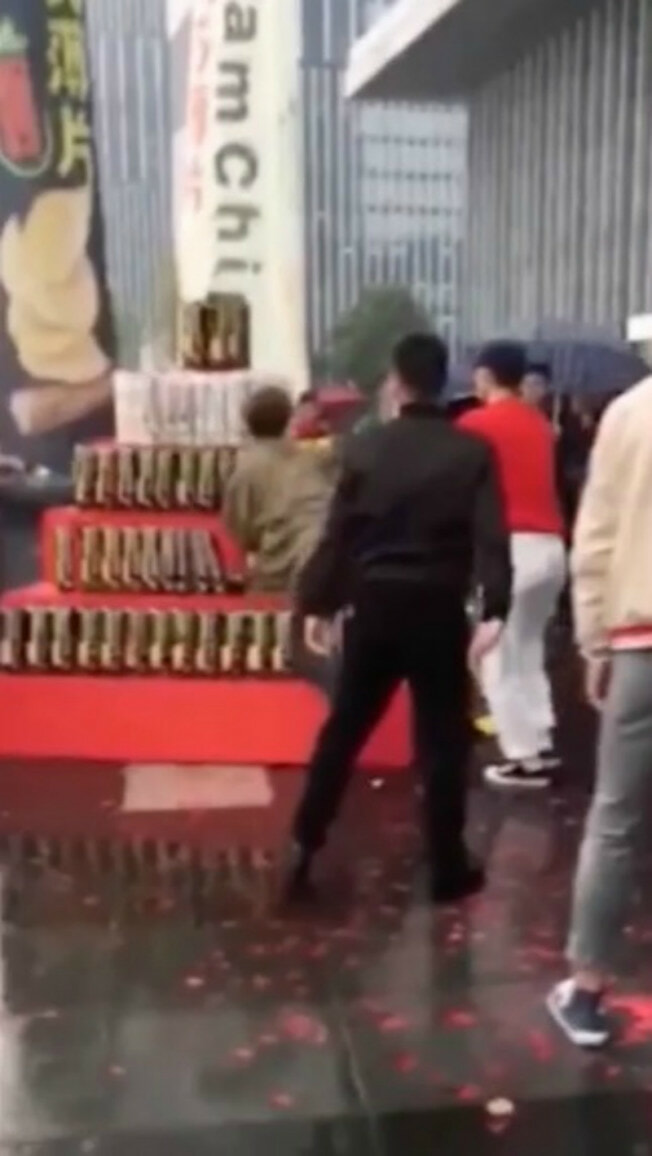 The drama did not end there as the spurned lover was left stunned by the rejection and proceeded to throw an epic tantrum. He flung the bouquet of roses in the camera’s direction before turning around and destroyed the display of products behind him even as his friends tried to calm him down.

Netizens in China were surprised at the rejection but after seeing the guy’s meltdown, they were not surprised that the girl rejected the proposal.

What do you think of this proposal? 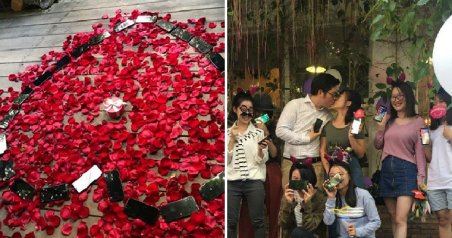