Motorists in Jalan Tun Abdul Razak – Ayer Keroh, Melaka were shocked after coming across an object hanging from a flyover at the Melaka International Trade Centre (MITC), which resembled a human body.

According to Kosmo, the incident happened at about 7.20am on 12 July. Police arrived at the location to inspect the situation and found that the object was just an effigy with an anti-government slogan written on it. The words, “Kerajaan Pembunuh” could be seen spray-painted on the body of the effigy.

An effigy is a roughly made model of a person that is made in order to be damaged or destroyed as a protest. 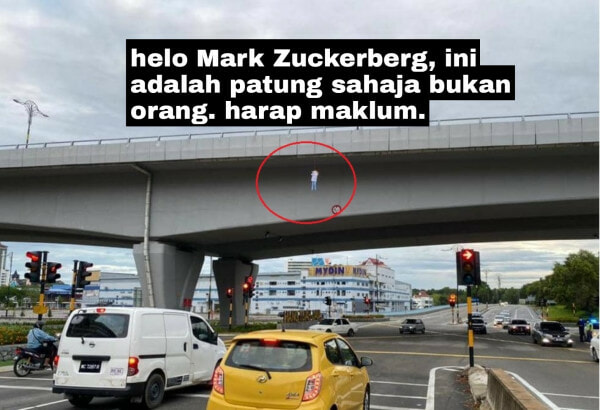 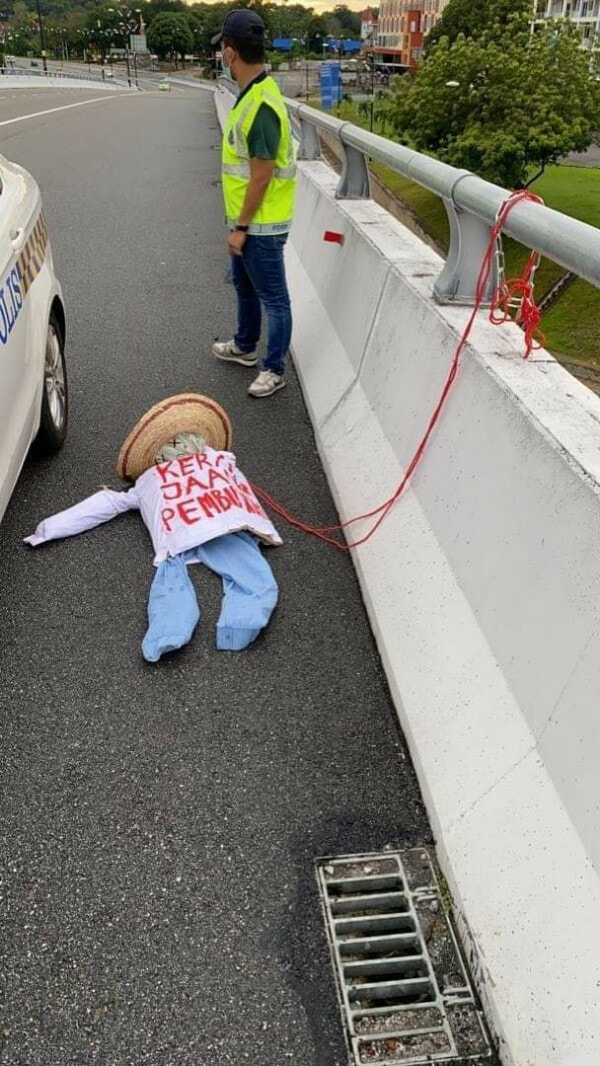 Melaka Tengah District Police Chief, Assistant Commissioner Afzanizar Ahmad said his department received a call about the incident at 7.30am and a team of members rushed to the location.

“As a result of the inspection, we found that the object was a dummy that had been hung on the flyover,” he said.

“The statue was then successfully taken down at 7.40am.” 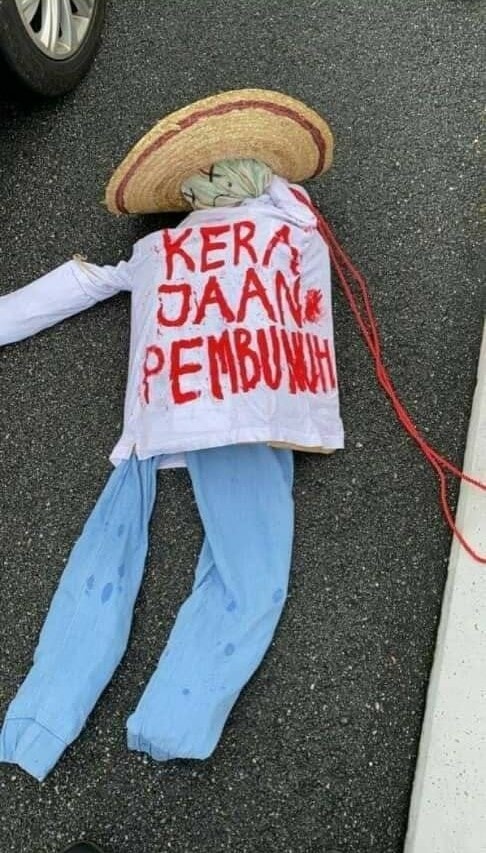 Meanwhile, the authorities are tracking down the irresponsible individuals who committed the act, which is believed to be an intent to provoke.

An investigation paper has been opened on the case in accordance with Section 504 of the Penal Code, intentional insult and provocation that could lead to a breach of public peace.

If convicted, the accused can be sentenced to up to two years in prison or a fine, or both.

Recently, suicide cases have been on the rise in Malaysia, with many taking their own lives after losing a job or being unable to cope with the prolonged lockdown in the country.

The MCO certainly has not been kind to many people and if you’re feeling lonely, in distress, in despair, or having suicidal thoughts, Befrienders is providing emotional support 24 hours a day. It’s never too late to reach out and talk to someone. It’s free and confidential. 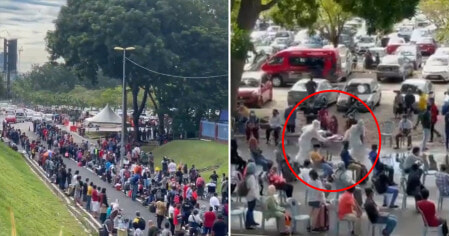