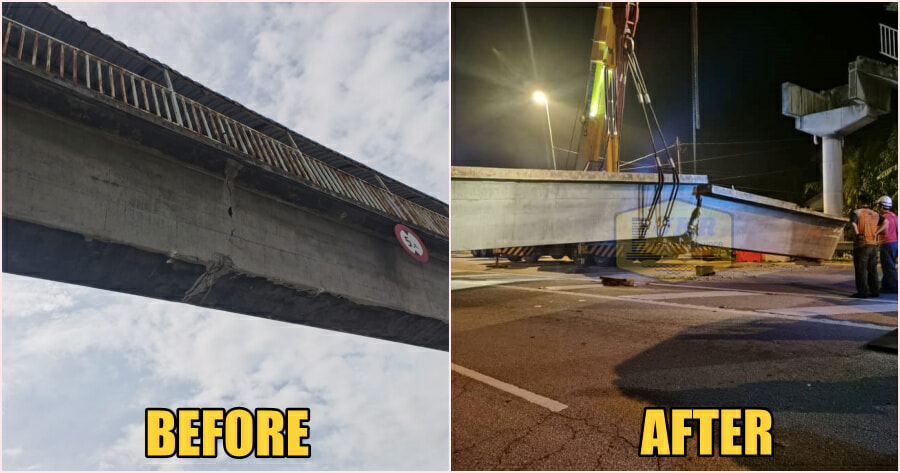 Kuala Selangor’s Malaysian Public Works Department (JKR) on Monday (10 January) had reported about a pedestrian bridge which had a huge crack in its structure after an accident.

It drew backlash from netizens as JKR had claimed that “it was still safe” and that they would not be taking it down or closing the road.

However, just a day after the initial report, JKR announced that they would be closing down the road temporarily to take down the pedestrian bridge.

In a statement on 11 January, JKR Kuala Selangor shared a notice which stated that they would be temporarily be closing the road for a few hours to do works on the pedestrian bridge.

They also provided 2 alternative roads that users can take to bypass the road closure.

Successfully takes down the pedestrian bridge

In the early morning of Wednesday (12 January), JKR Kuala Selangor announced that they have successfully managed to take down the bridge.

They even shared a few pictures! 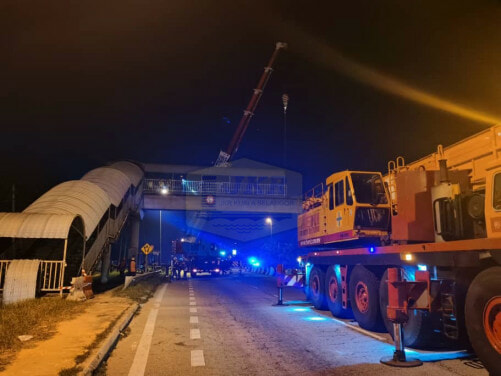 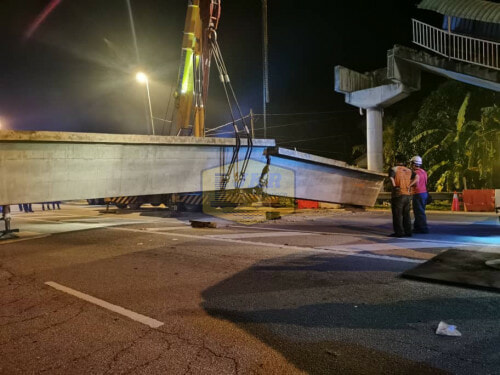 Netizens praise them for quick response

Despite the initial backlash over the fact that they had not closed the road immediately after the pedestrian bridge was “cracking”, netizens praised them for their quick response.

One user commented, “This is how quick it should be. Received the report on Sunday and it’s fixed in under 3 days, that’s how you do your job.” 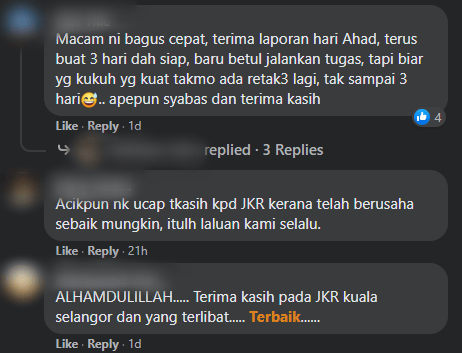 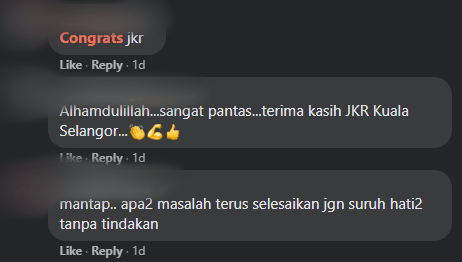 How impressed are you by their quick response? Let us know in the comments.