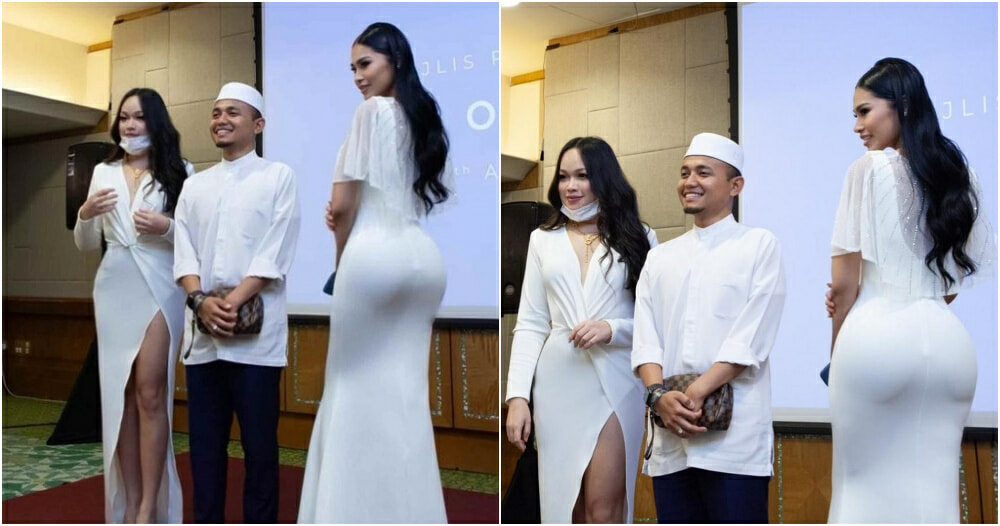 The photos were first posted on Sunday, 18 April, by Instagram personality, Nadira Isaac, at a product launch of her new beauty product, Troieka.

She had invited PU Amin to deliver a short sermon in conjunction with Ramadhan. 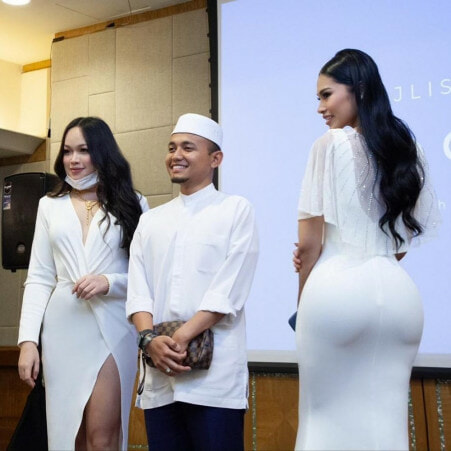 In her Instagram post that has since been taken down, Nadira and influencer Hertonnye Linggom’s were seen wearing white floor-length gowns. However, the post received backlash from netizens as they disapprove of their dressings.

Netizens claim the dresses were “sexy” and it exposes their ‘aurat’, which is deemed highly inappropriate during the holy month for Muslims. Unfortunately, PU Amin was dragged into the conflict as well.

The preacher told Utusan Malaysia that he believes he did not do anything wrong or inappropriate, as he was not touching or hugging the women.

“Yes it’s true their dresses didn’t cover their aurat but what am I supposed to say? ‘No, you belong in hell’ when they asked to take a picture? The same goes for those in the transgender community who ask for a photo, am I going to say that?” he said.

“People have slammed me for smiling in the picture — that’s what you call taking a picture. As if I’m going to make an angry face,” he added. 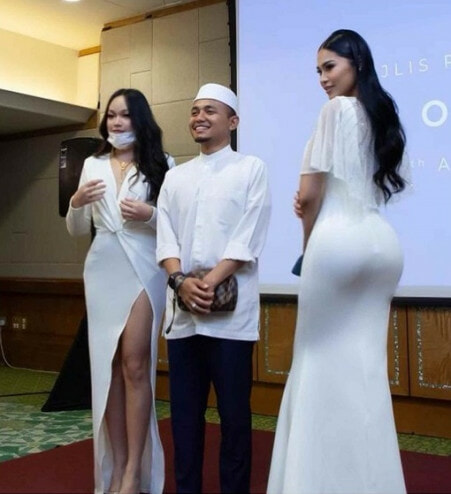 PU Amin also said that he had discussed the event with his wife and peers prior to accepting the invitation.

“All of them told me it was a chance to preach and that’s what I did when I was there. I spoke about dressing appropriately, observing sensitivity during the Ramadhan month and the power and compassion of God — the guests were happy and responded well to my session,” he said.

Even so, he took to his social media to make a public apology in regards to the matter.

“I’m sorry if my actions of taking that picture were embarrassing and disgraceful,” he said. 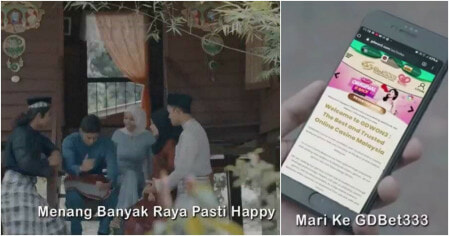