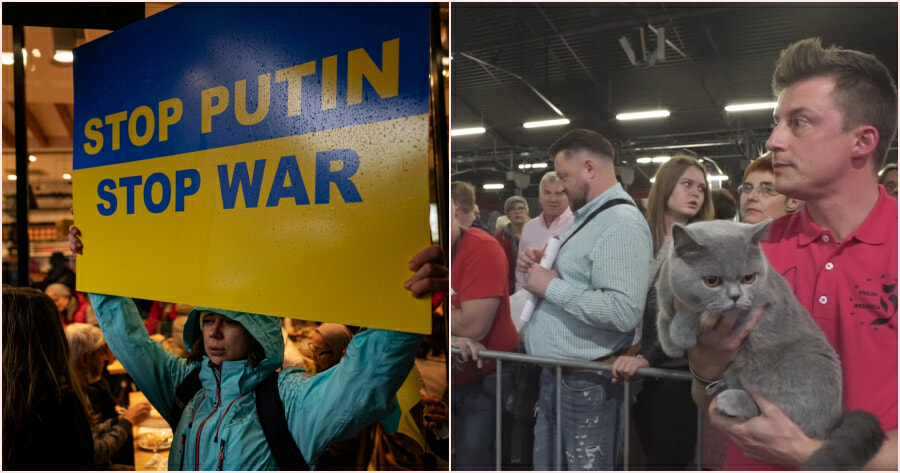 Countries around the world have expressed their disapproval on Russia and President Vladimir Putin’s invasion of Ukraine.

Since the war began, more and more countries and federations have started to impose sanctions on Russia and banning them from numerous events on the world stage.

In a bid to showcase solidarity with Ukraine and its people, the International Cat Federation recently announced that Russian cats will be banned from its international competitions.

In an announcement on Facebook, the federation which considers itself the “the United Nations of Cat Federations,” said that it was “shocked and horrified” that Russian forces had invaded Ukraine and “started a war.”

The federation which is known as FIFe, said that the measures were decided on Tuesday (1 March) and that officials could not “witness these atrocities and do nothing.”

It said the rule would remain in place until the end of May and would then be reviewed.

“No cat belonging to exhibitors living in Russia may be entered at any FIFe show outside Russia, regardless of which organization these exhibitors hold their membership in.”

The federation, which was established more than 70 years ago, also added that it would not allow cats bred in Russia to be imported or registered in any of its pedigree books. 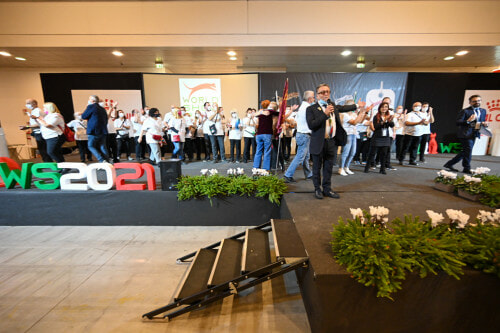 They would also be donating funds to assist cat breeders in Ukraine and thanked neighbouring countries for their efforts to help Ukrainian refugees.

According to its website, the federation holds more than 700 shows globally each year, with more than 200,000 cats exhibited from all over the world.

FIFe’s statement on Facebook has amassed plenty of attention. Plenty of users expressed their support for FIFe’s decision.

“Thank you! I’m heartbroken how cruel Russian breeders have turned out to be in the past week. They are now infiltrating help pages trying to ruin help for Ukrainian breeders,” commented one user.

Another user said, “This is the only right and bold decision! Thank you, FIFe! Everyone in the whole world should resist Putin’s regime in every possible way!”

Some users argued against the decision

On the other hand, some users were against the decision and questioned the need for such a sanction as it could damage the lives of Russian breeders who are innocent and might even be opposed to the invasion.

“I don’t think I’ve seen cats pick up a gun! Associations should be non-political and protect animals!”

“Personally, I find that the decision of FIFe affects people who have nothing to do with the war, not only in Russia, but also in other states,” added the user. 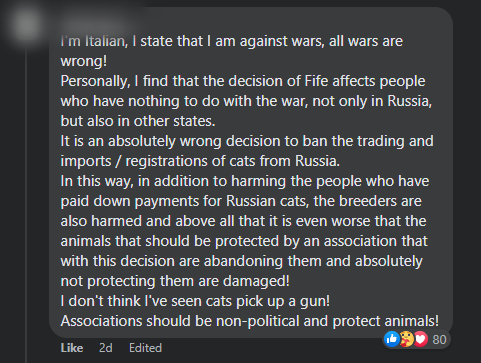 Another user said, “Absolutely ridiculous. Russian breeders should not be punished for a war that isn’t of their making. It is never right to hurt someone, just because someone else has been hurt.” 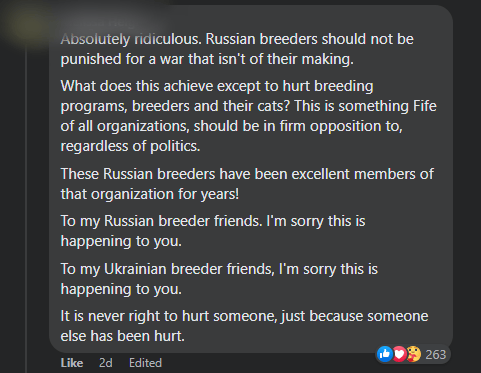 What do you think of the decision? Let us know in the comments. 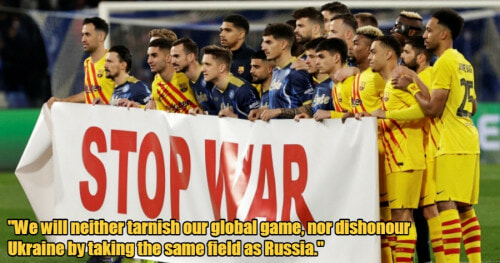