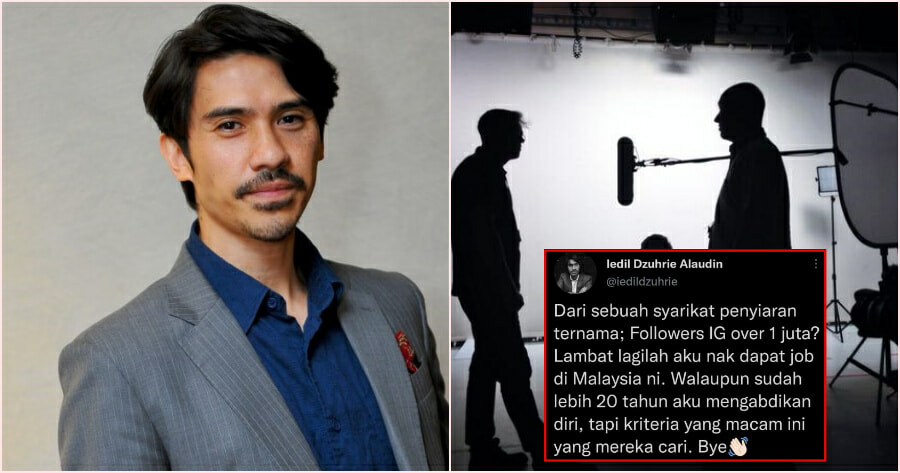 As more and more of our local talents make headlines in international films, the standards in our entertainment industry have also increased.

However, a casting requirement by a broadcasting company recently drew backlash as it seems to be leaning towards prioritising one’s social media following over their actual experience in the industry. 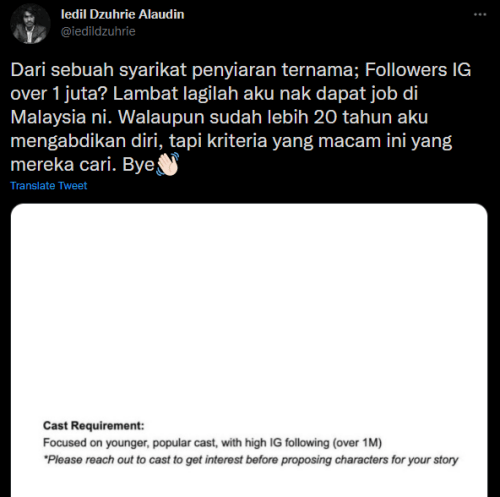 His tweet which was in response to the casting requirement reads, “From a reputable broadcasting company; Instagram followers over 1 million? Looks like I’m never going to get a job in Malaysia.”

“Although I have devoted myself to the industry for over 20 years, this is the kind of criteria they are looking for. Bye.”

Iedil’s tweet was in response to the casting requirement by an unnamed broadcasting company which required its cast to have a high Instagram following, specifically over 1 million.

Ironically, Iedil who has been a part of popular local films such as ‘Crossroads: One Two Jaga’ and ‘Fly by Night’ would not be accepted as he only has an Instagram following of over 55,000 followers.

Others in the industry also experienced the same!

Apart from Iedil, filmmaker Nam Ron also came forward to address the casting requirements. In an Instagram post, he writes, “It’s real guys. Not a joke. Neither a myth nor even an urban legend.”

“So what else? The decision is in your hands. Want your favorite actors to act on TV, follow them on social media.”

In the comments section of Nam Ron’s post, others in the industry shared the same view as the filmmaker.

One commented, “At the end of the day those with real quality and talent get paid less than those with a lot of followers. Looks like it’s more prosperous to be an influencer. Tired of acting.”

Another said, “Let’s discuss, as viewers, do you guys prefer quality or quantity? I feel sorry for the younger ones who have learnt their craft for over three years but will not be given the opportunity because their following is less than a million.”

Netizens baffled over the requirement

Aside from those in the entertainment industry, many others Malaysians commented their disbelief and amusement over the casting requirement.

One user hilariously commented how not even the Prime Minister has a million followers. 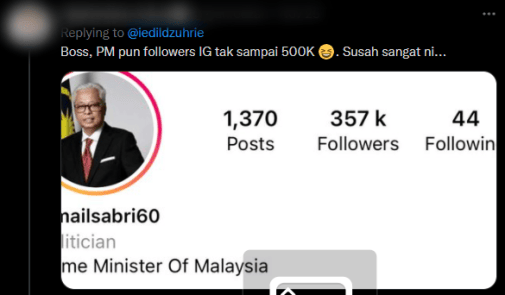 Others expressed their support with the sentiments of those in the entertainment industry and how productions should focus on the quality of the actors instead of their popularity.

If any of you have experienced the same, we would love to hear your experience. Please reach out to us! 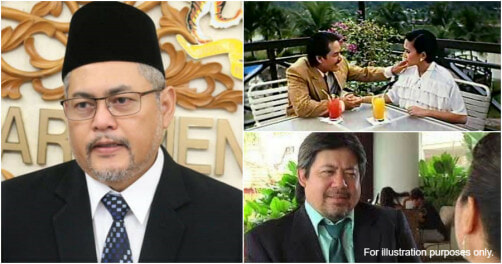