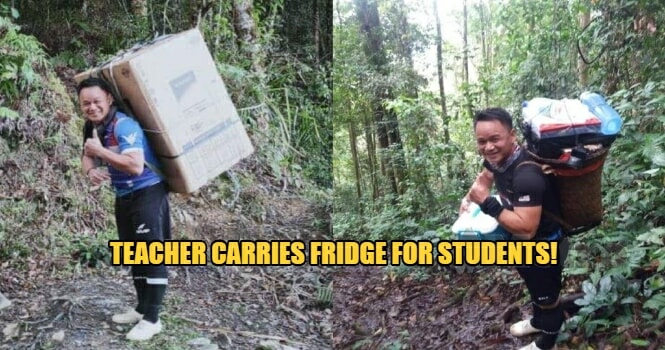 This teacher carried a refrigerator through the jungle for his students and we’re lost for words!

Harry Yanto Bikal, known as Cikgu Harry, teaching at Sekolah Kebangsaan Longkogungan Penampang, Sabah carried a 40kg refrigerator through a 10km (8 hours) jungle for the benefit of his students. According to an article by Harian Metro, the primary school has 11 students in total, but 9 of them stays in the hostel because of their homes are too far away. 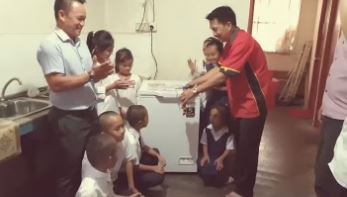 The refrigerator was a gift from all the teachers in the school, and since the only way to the school was by foot, Cikgu Harry decided to trudge jungles, rivers and even a bridge just to get the refrigerator to the school. It wasn’t a problem to him, as he usually brought groceries and supplies to them on the weekends when he visited the town. His kind deed was thanked by the teachers at school and a video of him carrying the fridge became viral when netizens too viewed his dedication. This is what a few of them said.

“I’m so touched by the sacrifices made by this teacher for the education of our country’s children,” said one.

While another said, “Strong and patient. An educator that prioritises the passing on of knowledge to the students. Congratulations and I hope you continue your journey.”

“This teacher is the best. He deserves to receive the Dedicated Rural Teacher Award,”said another user. 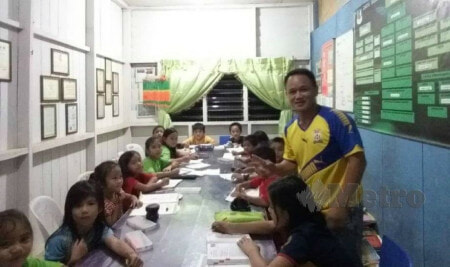 After he went viral he thanked the Sabah state assembly and other NGOs that helped him out. He also mentioned that his hope was that someday there would be a road so cars could reach the school.

Isn’t that just something? Great job Cikgu Harry and kudos on being teacher of the century!

Also read: Kind-Hearted Monk Rescues Over 100 Abandoned Babies & Orphans to Give Them a Better Future 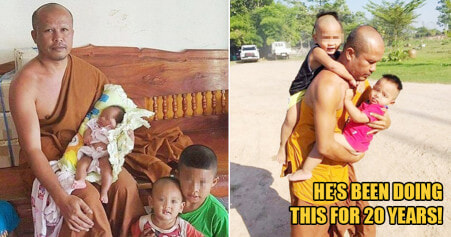