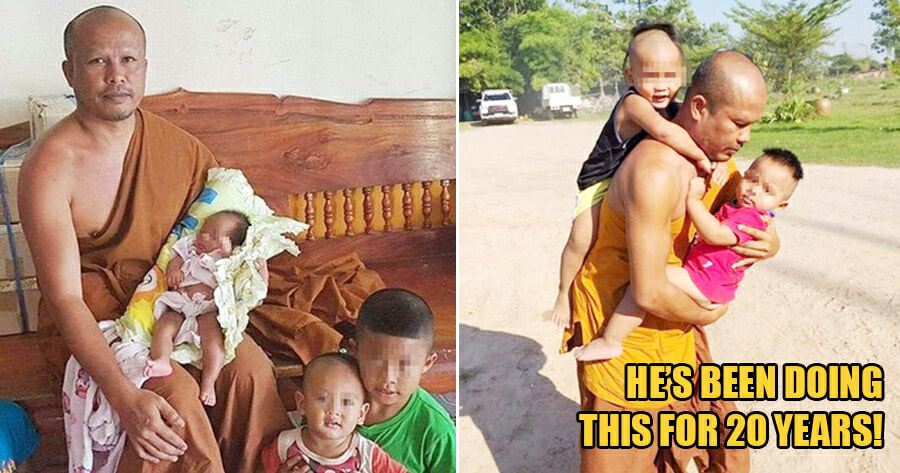 A monk in Thailand has dedicated his life to saving homeless children and giving them chance to live in this world.

As reported by Sin Chew Daily, Long Po has rescued more than 100 abandoned babies from the streets in the past 20 years and has provided these children with education, allowing them to grow and integrate into society to realise their self-worth.

What got him started was his first encounter with a child who was about four or five years old and had no father or mother. The child also had a mental illness and was living a very difficult life. He said it reminded him of his very difficult childhood and since then, he has always wanted to do something to help these children. 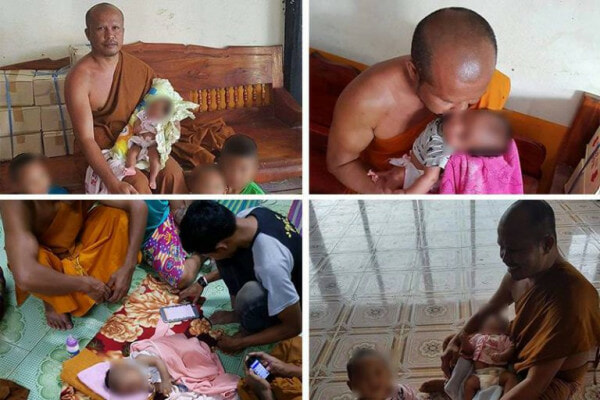 As a child, Long Po’s mother rarely had time to worship at the temple. Most of her time was spent taking care of him and his siblings and finding ways to get them to school. He remembered the meals he brought to school when he was young and recalled how four of them had to share the same omelette.

Long Po knows that life is difficult, and when he thinks about it, he just cannot turn a blind eye to the abandoned babies on the streets.

So, for 20 years, Long Po has adopted more than 100 abandoned babies and orphans, with the hopes that they can have a good future. 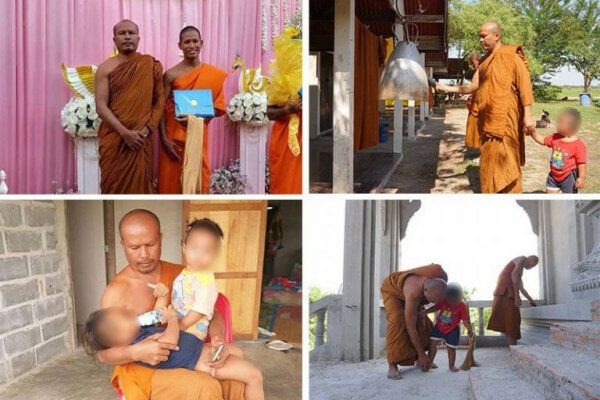 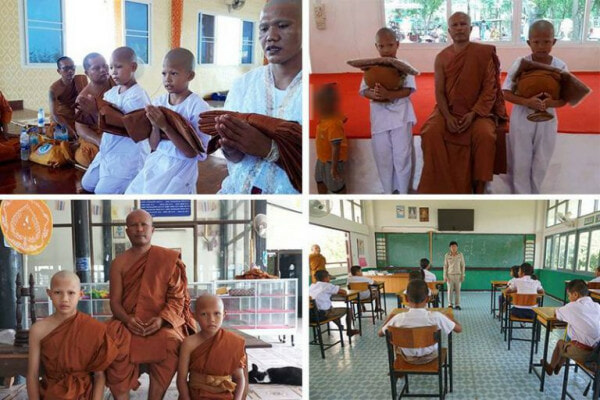 The temple where he is currently living in was built by his mother who contributed land and funds. She owns about eight acres of land around the temple and gave Long Po about 2.7 acres to build the temple. She then sold the remaining acres to fund the construction of the temple.

His story was told on Thai media on Wednesday (4th March) where netizens praised him for his kindness and dedication for the past 20 years.

Truly his kindness will come back to him and that the good he has done unto others will be done unto him. Because of him, hundred of homeless children now have a better future.

Also read: Woman Shares How To Get Rid Of Tissue Bits In Laundry Without a Lint Roller or Picking at It 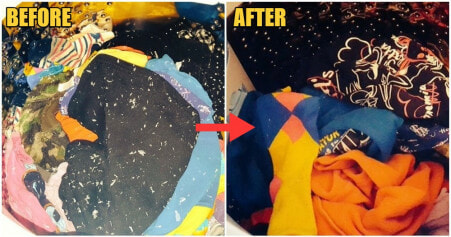