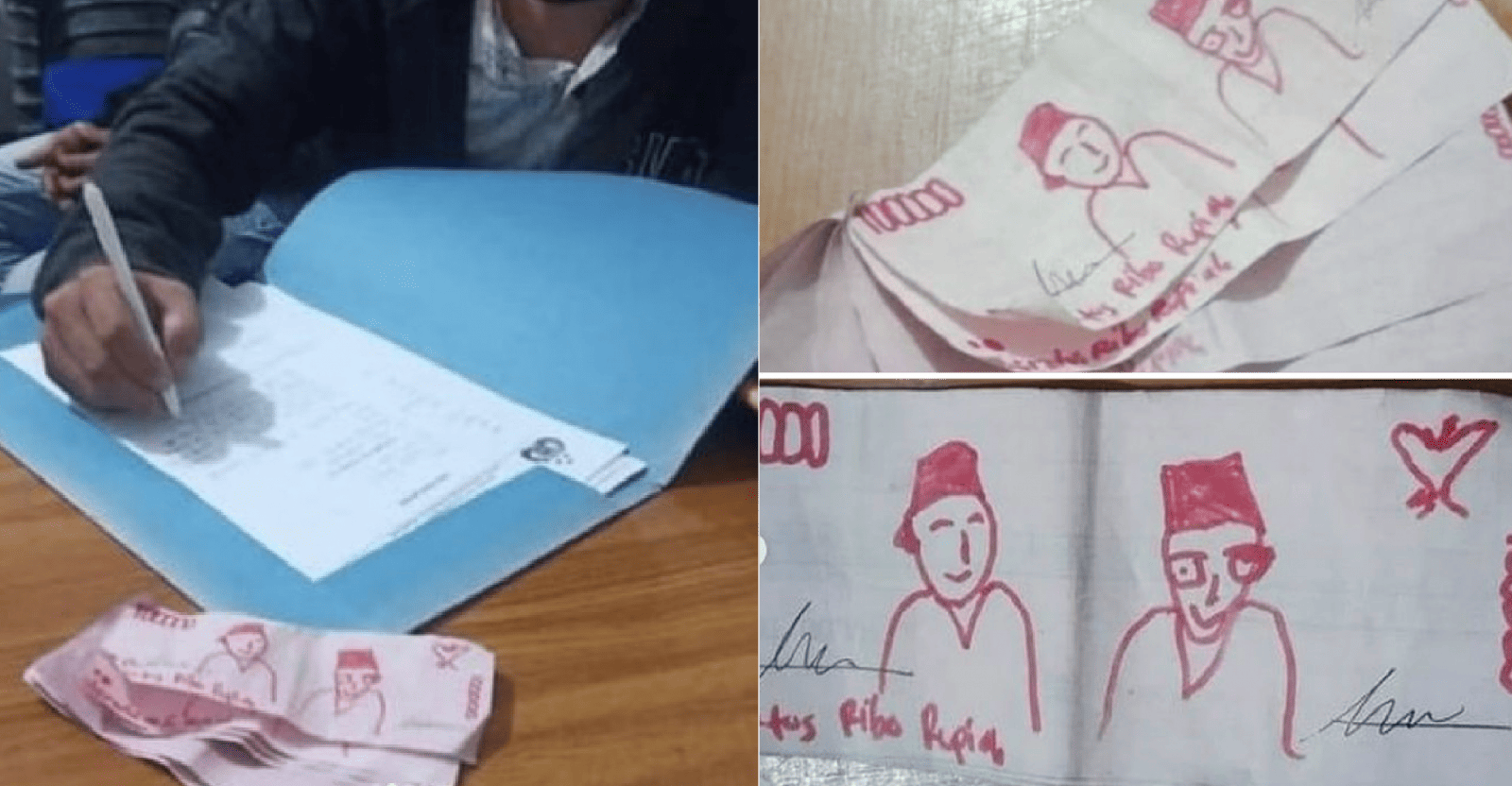 Always double check the money before you proceed with your cash-on-delivery transactions guys!

One of the funniest scam cases in recent history just happened in Kalimantan, Indonesia whereby a local man was duped into selling his smartphone for fake rupiah banknotes. It’s not just any fake banknotes mind you, but one of the worst attempt at faking a banknote in the history of mankind. I mean, just take a look at the image below, it looks like it was drawn by a toddler! 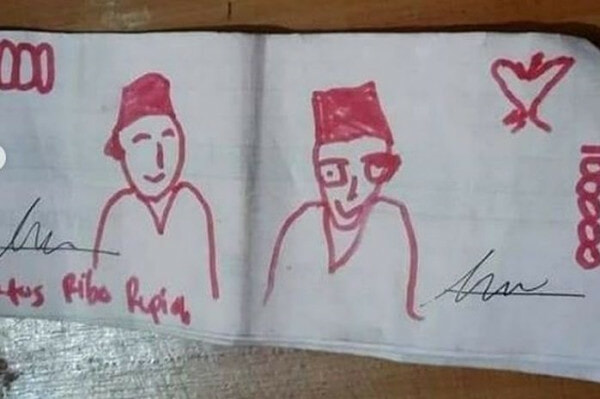 The above is an attempt at making a fake 100,000 rupiah banknote by the scammer. Here is an image of the real 100,000 rupiah note for your reference:

Yikes! How on Earth did the Indonesian man got duped?

As reported by Indonesia news portal suar.grid, the man lodged a police report at the city of Samarinda where the incident happened on the midnight of 16 December 2020. Before the incident, both seller and buyer/scammer gave details of their respective appearances so that they can easily recognise each other when they meet.

As soon as they meet up, the victim gave his phone to the scammer after the latter gave the Rp900,000 or around RM260 to him. During the whole exchange, the scammer was on his motorcycle with the engine still running. 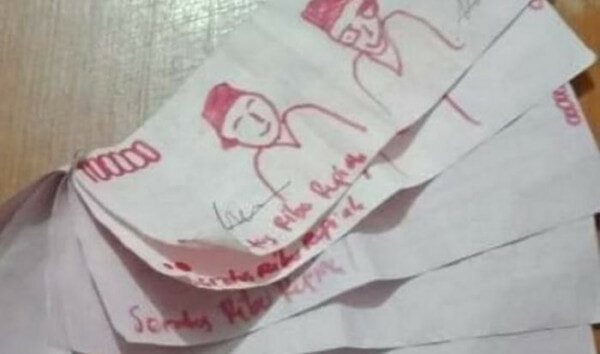 Only after a few moments did the victim check the banknotes and realised he was duped big time. He tried to chase after the scammer but alas, he was too far away. 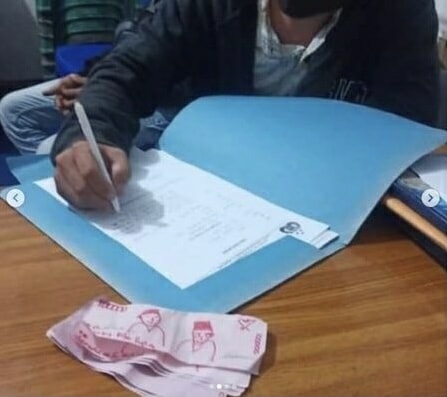 The victim making a police report on the scam.

Let this be a lesson to all of us. Before you do any transaction via COD, make sure that you see the money first before giving away the items that you’re selling. Better be safe than sorry!

What do you guys think of this incident? Have you encountered anything remotely similar to this? Share your thoughts with us in the comments! 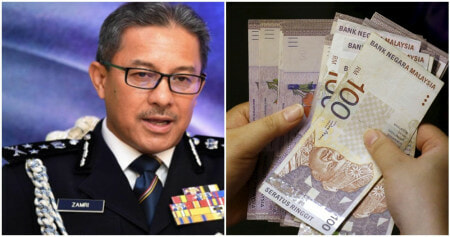