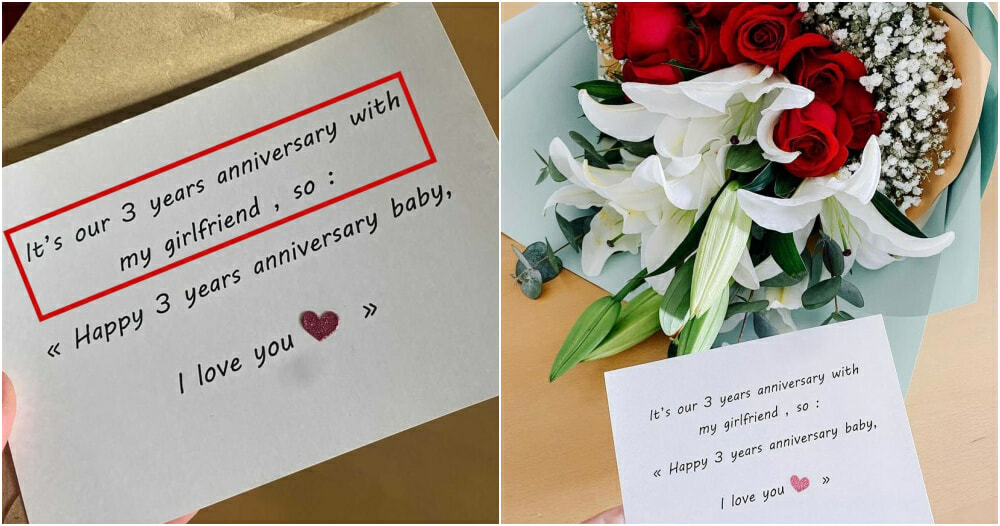 Nobody is perfect and we are all bound to make mistakes. That is just part of being human.

Recently, public figure, Patricia Knudsen, took to her Instagram to share a picture of a bouquet of flowers she received from her boyfriend, Matt, on their 3rd year anniversary.

As sweet as the gesture was, there was a funny mistake made on the card that came with the bouquet. 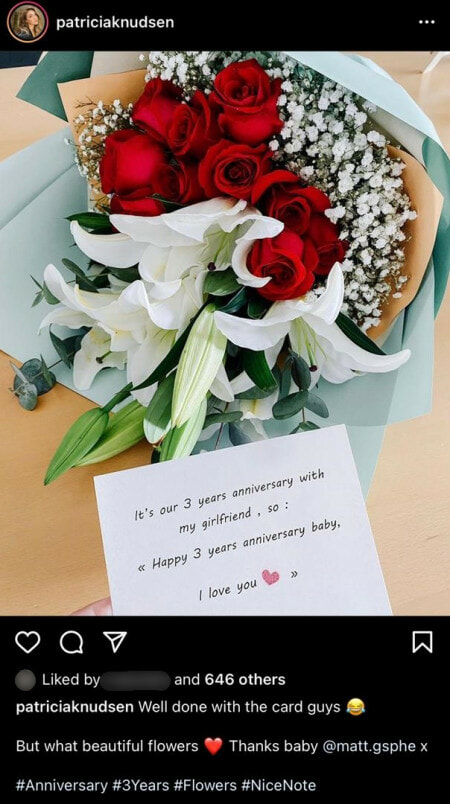 Still don’t get it?

Well, the first sentence of the card was not meant to be on it! It was Matt’s directive to the florist!

Speaking to WORLD OF BUZZ, Patricia admitted that it took her a moment to understand the card.

“I was so confused. I read it and was like, Are they writing to me?” she said.

“Then I realized that they had just copied what he wrote them and written the whole thing. I had to read it a couple of times,” she added.

Even Matt was surprised! That just confirmed it was not some sort of silly prank done by Matt, it was a genuine mistake made by the florist.

Patricia said, “Matt was like, OMG, Did they seriously write the whole thing?!”

Mistakes like this happen more often than we think and sometimes it is okay! The florist did end up giving Patricia, Matt, and netizens a good laugh.

Has this ever happened to you? Let us know in the comment section below!

Also Read: “Alien Hehehe” M’sian Shares How A Waiter Made Fun Of Her For Being Vegetarian 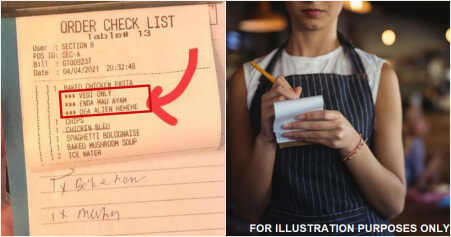