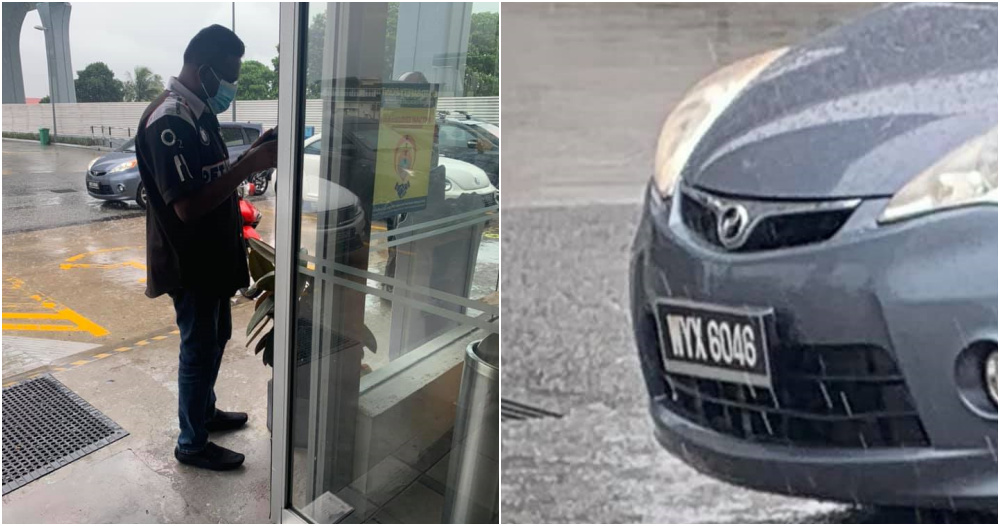 “Wherever you go, always be wary of your surroundings and the strangers you meet.”

Recently, a 53-year-old Malaysian woman, Evie Lam, took to her Facebook to warn others of con artists at petrol stations after an incident she encountered at a petrol station along the Cheras-Kajang highway.

According to Evie, the incident took place on 18 May, around 12pm when a random stranger approached her saying that he was instructed to tow her car. 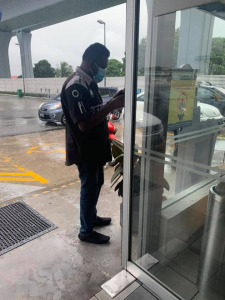 A picture of the con artist that Evie managed to take.

“I was on my way home towards Semenyih around 12pm and it was raining quite heavily along the Cheras-Kajang highway. So I thought of stopping at one of the Petron petrol stations along the highway until the rain slows down a bit [so I could] continue my journey home later.

I parked in front of the station and waited a while then decided to go down to buy something. When I got down I saw a Grey Alza parked behind my car. There’s this guy that waved at me but I didn’t hear what he was saying so I didn’t bother and I continued walking.”

“He asked me if the car belonged to me”

Evie then saw the man got down from his car and ran towards her before asking her if her car belonged to her.

“I told him yes. He then said he got instruction to tow away my car now because I didn’t pay my instalment. I told him no I did pay my instalment and the last one was last month. This month I’m making my final settlement already. I asked him if there was any notice or letter or any identification.

He said he has one but will show it to me later.  “Show me later” sounded fishy already. He kept asking me “how now” and where I wanted to go and how since he has to tow away my car.” 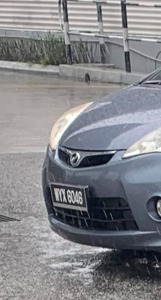 The number plate of the con artist car that Evie managed to capture before he fled off.

“Then I told him I’m gonna call my family and then he said, “Yes, pass me the phone” as he will talk to them. Inside I was thinking “Huh? What is this guy trying to do?”

“I was starting to get scared”

Evie added that this whole commotion was taking place outside of the station kiosk. 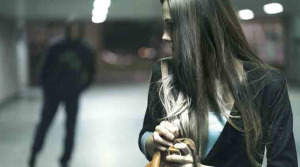 “I slowly walked inside and he was still standing outside. Then he came in and stood quite a distance from me and I continued moving inside. Then he asked me whether I managed to get hold of my family or not.

He came beside me, so annoying but I was starting to get scared too. Then I told him I’m calling the bank to reconfirm and as usual, the bank line keeps giving you messages. He said, “Aiya I want to help you but you don’t believe me”. I told him I just wanted to reconfirm with the bank.”

A while later, another friend of the man approached them.

“They talked for a while then both went back inside their car and drove off. There were two guys. One came down and the other one was inside the car.

I was so scared and trembling after they left. It is so scary and it’s my first time.”

“They told me those people are scammers. Don’t believe them. But, the funny thing is, he was able to tell me the final settlement amount that I needed to pay.

I thank God that nothing happened to me and my car is still with me,” Evie said.

“So, ladies, especially when you are alone, please take extra care and go to where there’s a lot of people around because when it happens to you, you would not know what to do,” she added.

Speaking to WORLD OF BUZZ, Evie said that she headed to the police station the next day to file a report but failed to do so.

“The police officer said it’s a very common thing now happening. It’s really up to me whether to make the report or not. She said since nothing happened to me, it’s not necessary to make the report… unless the man came to my house. This is why I was hesitant to go to the police station.”

“This is also why I’m more willing to share it on Facebook or social media directly. At least I get my message and awareness thru to the public. I also shared in some group chats especially for ladies.”

Ladies, always be cautious of your surroundings and don’t be afraid to seek help from those around you.

Also Read: “Beware Girls!” Woman Shares How She Was Almost Assaulted At Petrol Station In SS15