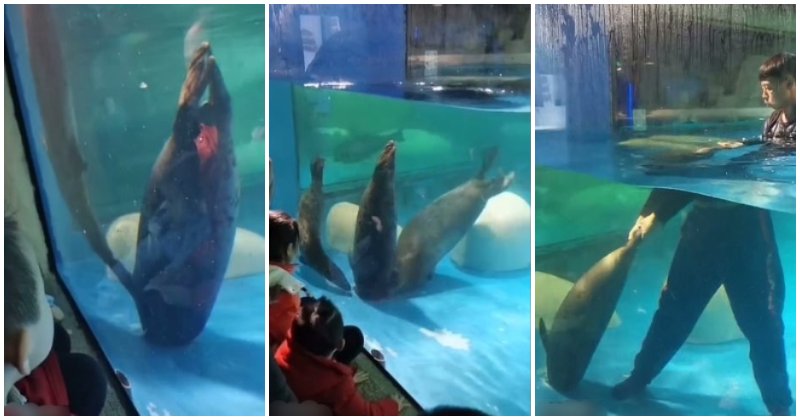 Animals raised in captivity are more often than not, a little dysfunctional considering they probably have many natural instincts being oppressed due to human intervention.

These animals are forced to come into contact with human environments, get curious and proceed to investigate their surroundings, only to get in trouble.

For instance, one young seal raised in captivity in an aquarium in Liaoning, China died in front of multiple visitors after it had pried open a drainage grate with it’s claws and mouth, before then getting it’s head stuck in the drain. 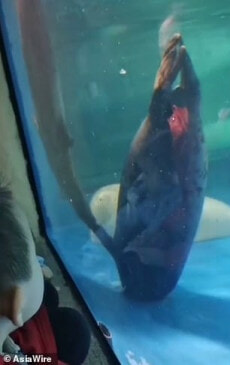 As according to DailyMail, its fellow seals had apparently tried to help the seal out of the drain by tugging at it but failed to free the stuck seal. A staff member of the aquarium dived in to help as well, but when he finally managed to yank the seal free, it was too late. 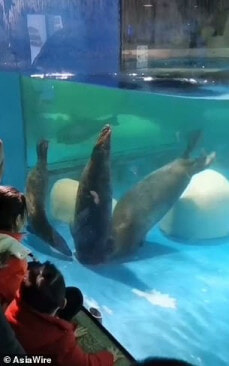 The seal was already dead.

How can this problem be avoided? 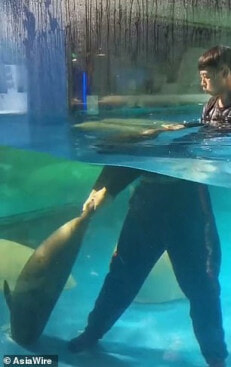 By not enclosing them within man-made structures for the sake of human entertainment. Eventually, animals will get bored of such enclosed spaces considering it’s only in their nature to be curious and explore, hence their fates may end up like the poor unfortunate seal who didn’t know the dangers human inventions could inflict, while those who don’t explore will eventually face zoochosis, a condition that causes them to pace and walk in circles nonstop as they’re in mental distress due to boredom.

Plus, imagine how it would feel, being separated from your families, shoved in a cage for the rest of your lives while other creatures stare at you. 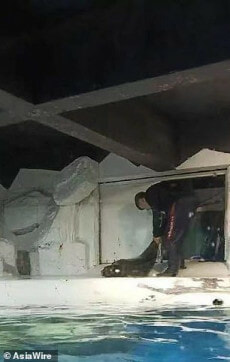 Hence, it’s about time we consider taking a step back when it comes to human intervention in animals’ lives.

The horrifying video of the incident can be seen here.

Or that poor seal may not be the last. 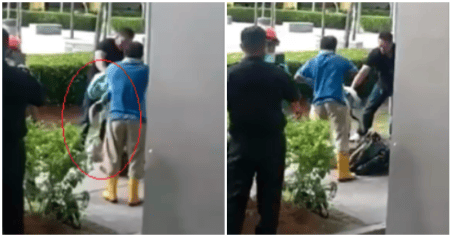