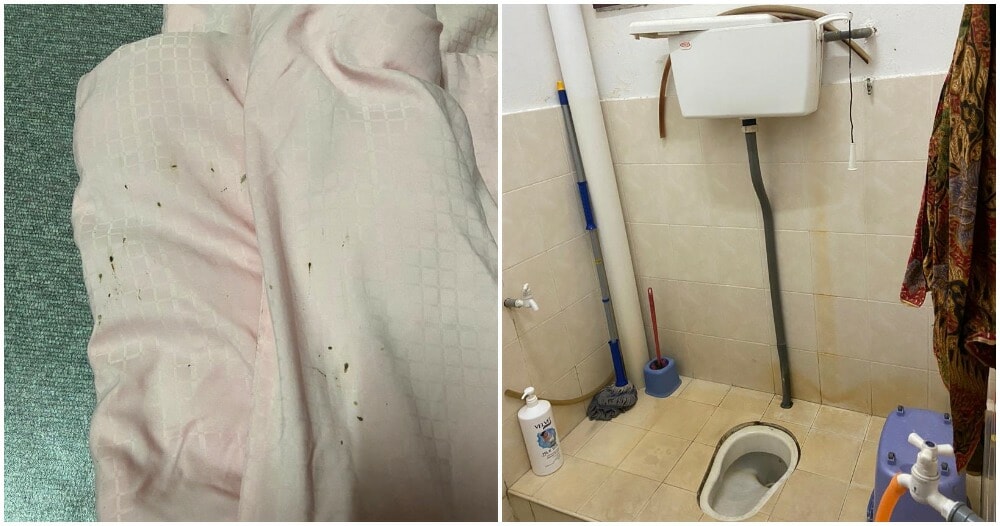 Travelling nowadays has been made easier with the existence of Airbnb. With just a few taps, you are able to reserve holiday homes for reasonable prices.

Twitter user, @BangBadut speaks of his experience of booking an Airbnb home in Kuantan from 30 to 31 August.

Bang wanted to bring his family to Kuantan for a little getaway during the Merdeka long weekend. As it was really last-minute, the hotels were all booked and the only Airbnb that was available near Teluk Cempedak was this one. He looked through the pictures and thought that it was not too bad. As it was for his family, Bang didn’t mind paying the hefty price tag. In fact, the rent for the house was RM450 while the cleaning fee was a whopping RM200! 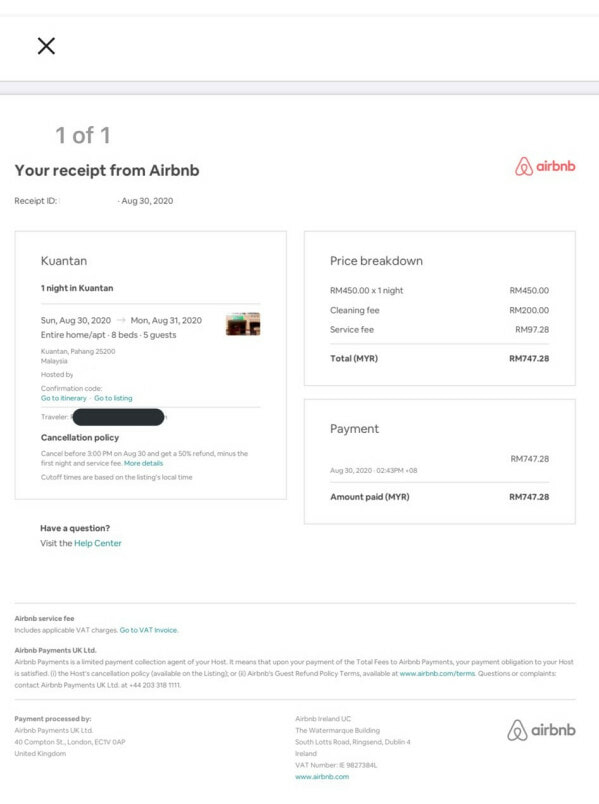 Bang proceeded anyway, he thought that if he had to pay so much for it, it will be at least comfortable enough to sleep in.

However, as he entered the vicinity, they could not switch on the Astro decoder and the TV. So he contacted the host and asked them to fix the problem. Instead of instructing Bang on what to do, the host asked him to contact Astro himself!

After the trip was done, Bang did not report to Airbnb about the condition of the house as he felt lazy. However, the host left a scathing review about Bang on Airbnb instead. 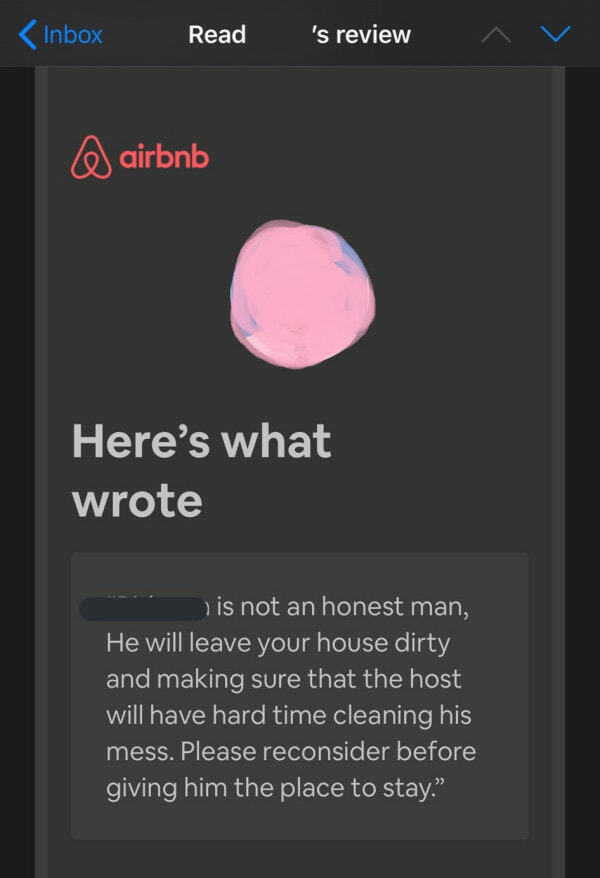 After seeing that review, Bang’s blood boiled and he started the thread on Twitter. In his own defence, he said that the house itself was already dirty by the time he arrived. This was his feet when he walked from the entrance to the room. 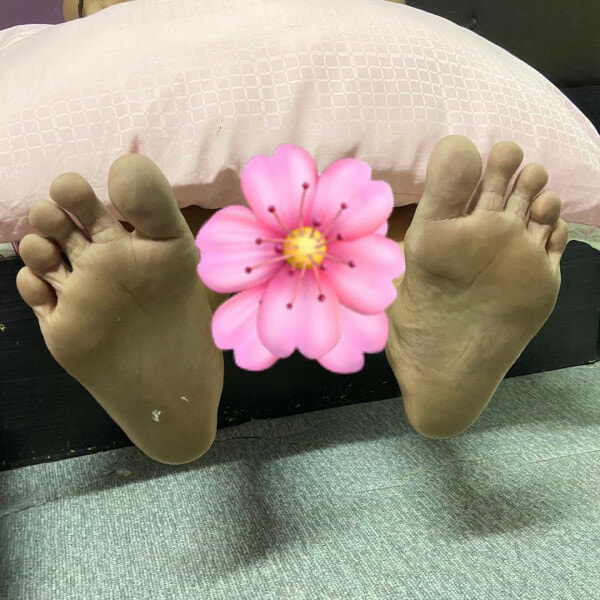 This was the condition the kitchen was in when Bang arrived. 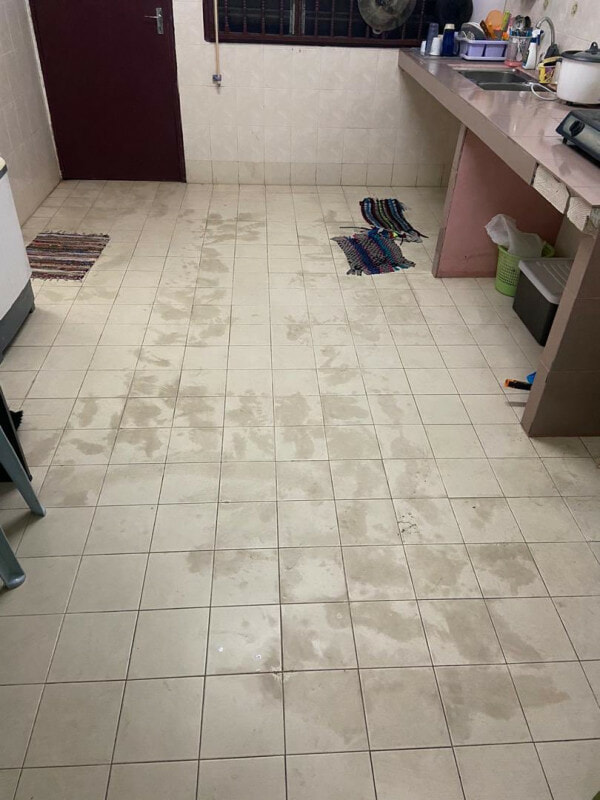 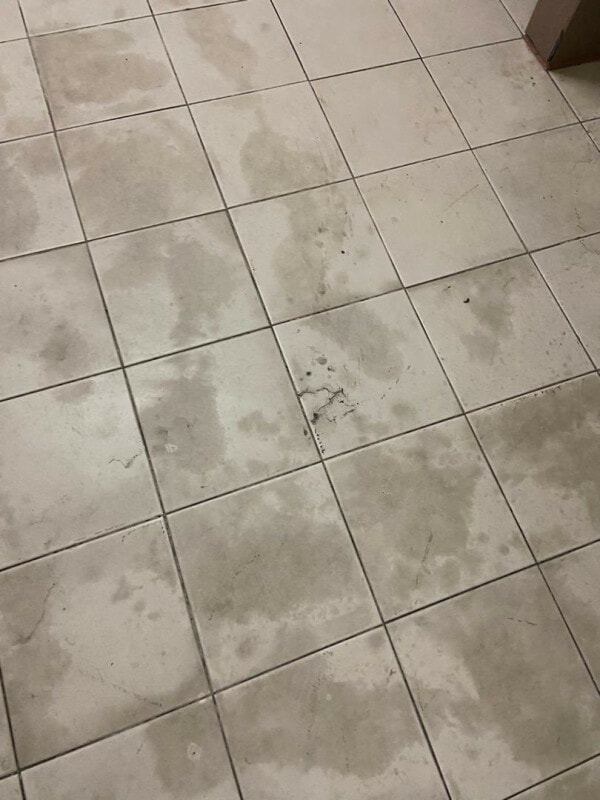 Other than that, Bang also said that the comforter supplied by the homestay was dusty and apparently, there were a few fleas as well. 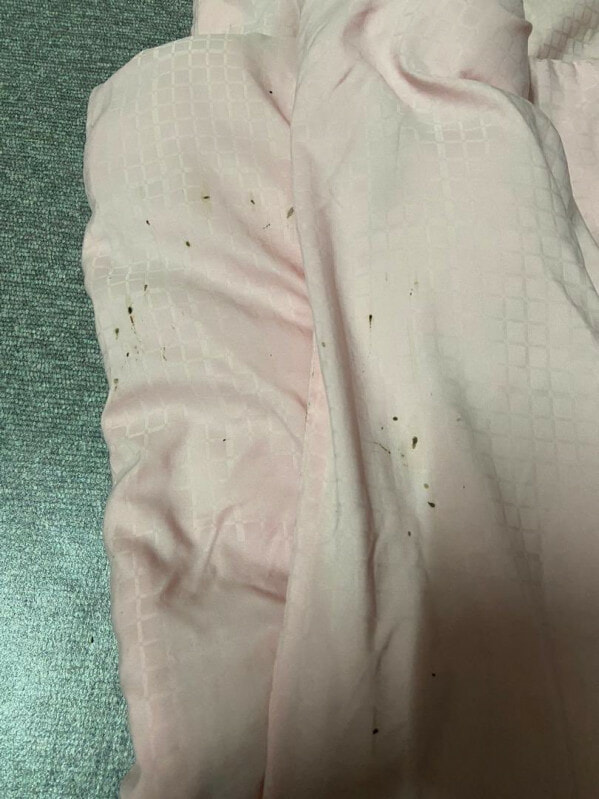 The room had spider webs and the air conditioning remote had no batteries in it. The washroom was not in any better condition.

WORLD OF BUZZ has contacted the host of the homestay, but they have yet to reply. What is your take on this? 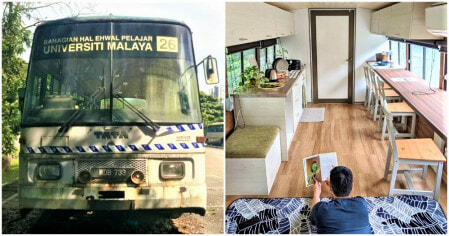