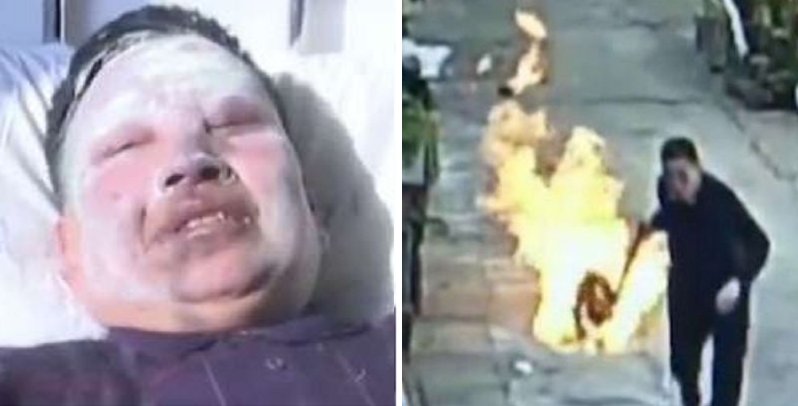 Heroes do not necessarily wear capes. Recently in Wuxi, Jiangsu, surveillance camera footage showed a 63-year-old man known as Cai saved his neighbourhood by single-handedly dragging a burning gas cylinder that was in danger of exploding to a nearby pond. 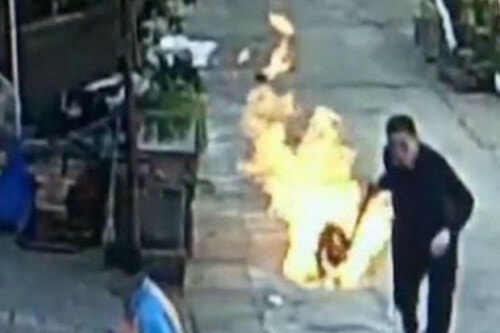 The incident happened when Cai spotted smoke pouring out from his neighbour’s house when he was on his way home from shopping on Friday in the morning around 11.00am.

Apparently the fire was caused by a gas leak which escalated to an explosion when Cai’s neighbour was cooking.

By then the fire was blazing too fiercely for the neighbour to turn off the gas tank. 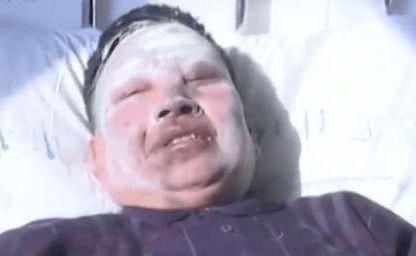 At that urgent moment, his neighbour was frozen in shock!

Cai reacted quickly by dragging him from the house and proceeded to try to turn off the gas tank himself but failed to do so.

He then risk his own life by using an iron-toothed rake to hook the burning tank and ran off with it on the narrow lane between the houses. This man has got balls of steel! 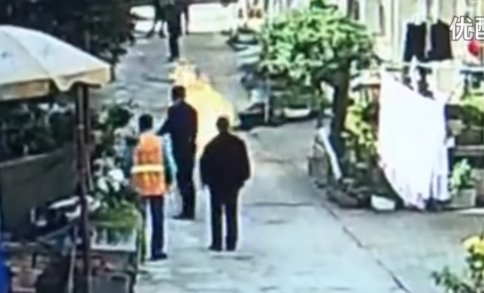 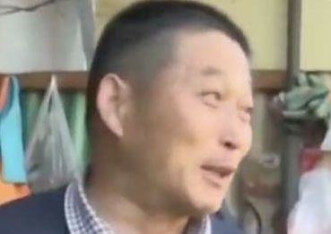 The footage of him dragging the flaming canister went viral on Chinese social media as everyone applauded him for his selflessness and bravery.

When asked, Cai stated that he could only think of moving the burning canister out in the open and saving the lives of the others in his neighbourhood.

He also said that he would be the only one to be sacrificed if the canister exploded while he was dragging it.

Cai managed to drag the gas canister to an empty open space by the pond in a mere four minutes and in the process saving many lives while remaining unscathed.

The world needs more selfless heroes like you, Mr Cai. We salute your bravery!