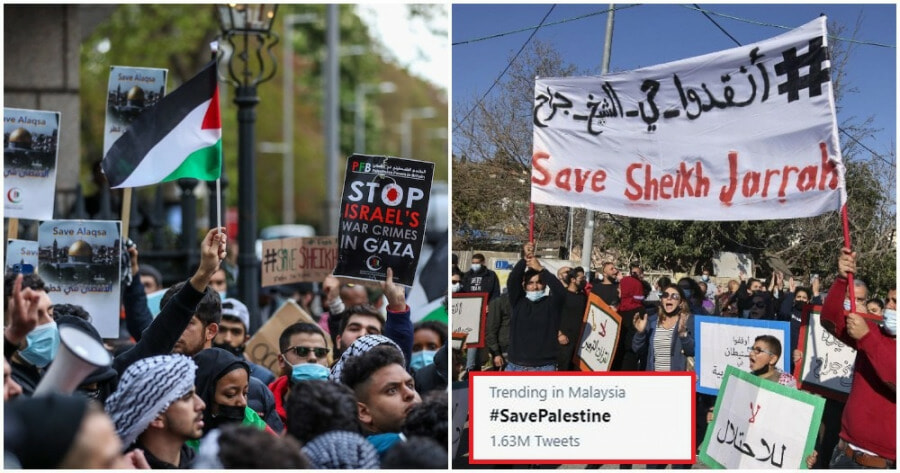 If you’ve been on social media recently, you would have seen that #SavePalestine and #SaveSheikhJarrah is trending and being shared everywhere!

On 10 May 2021, residents of a Palestinian neighbourhood in East Jerusalem, Sheikh Jarrah faced forced expulsions by the Israeli Defence Force and Palestinian families faced the violence of the Israeli settlers. Sheikh Jarrah is said to be the home of 3,000 Palestinians who were ethnically cleansed from their homes in the 1948 war.

Israeli forces raided the neighbourhood and dozens of Palestinian families were evicted from their own homes in East Jerusalem. Unfortunately, this isn’t the first time this is happening.

In fact, it has happened before in 2009 when three families were evicted by Israeli settlers, and it happened again in 2017 when another family was told to leave. 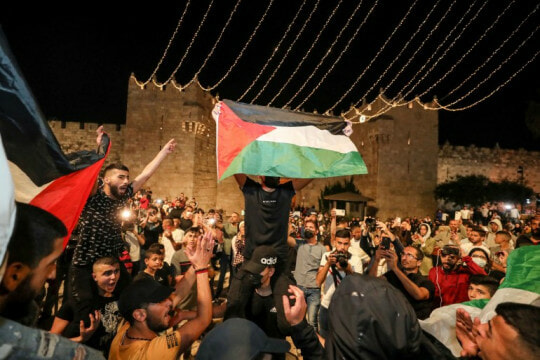 Why is this happening?

Israeli settlers have been given approval by the Israeli district courts to occupy or move into Palestinian homes in East Jerusalem. Due to this ruling, 550 Palestinians face the threat of dispossession. On top of that, the court also ruled that each evicted refugee family must pay over $20,000 (RM82,450) to cover the settlers’ legal expenses. Palestinians who began to protest the act of Israeli polices were assaulted and arrested. 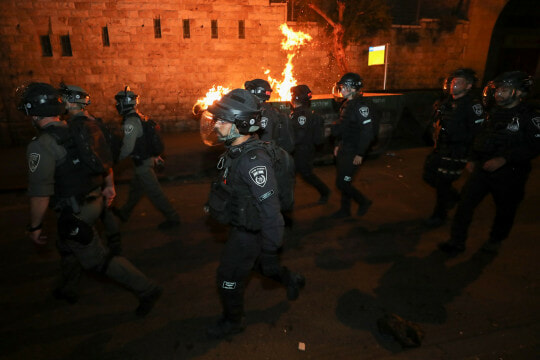 According to Al Jazeera, Israeli police attacked Palestinian worshippers at Al-Aqsa Mosque which led to Hamas, the ruling entity in Gaza, firing dozens of rockets at Israel. Israeli forces responded by launching airstrikes where at least 20 Palestinians were killed, including a senior Hamas commander and 65 others were left wounded in the attack.

How have Palestinians responded?

According to JNS, when the Palestinian community brought up the unjust eviction, the owners of the property (a private Israeli NGO, Nahalat Shimon), claim they have the legal title to the property in question and that, in the absence of rent being paid by the tenants, the tenants ought to be evicted for breaching the law. 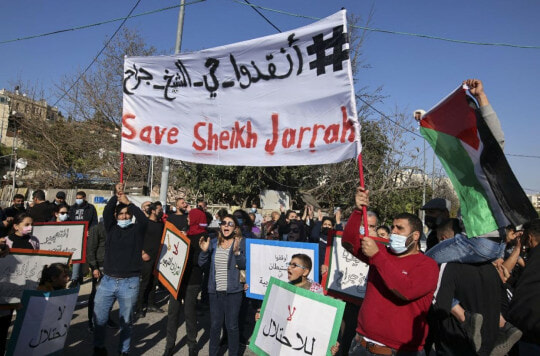 As of now, the Israeli Supreme Court has given the four Palestinian families till Thursday to reach a deal with Israeli Jewish settlers regarding the ownership of their homes. However, the families refused this proposal as they considered it a recognition of the claimed demands of the settlers, reported Middle East Monitor.

77-year-old Nabeel El-Kurd from Sheikh Jarrah told CNN that they’re the owners of the land and they’re still resisting even if the authorities don’t want them to. Israeli Foreign Minister has called the dispute a “real-estate issue” but for the Palestinian families, it’s a huge injustice.

How violent is the situation?

Israeli bombardment continues as worshippers in the Al-Aqsa Mosque, the third holiest site for Muslims where the compound was attacked again on 11 May. Palestinians who had finished performing Ramadhan night prayers were bombarded with stun grenades and tear gas, as reported by Al Jazeera.

The Gaza-based Hamas movement launched several homemade rockets into Israel following the raid, with its military wing, al-Qassam Brigades, immediately taking responsibility for the attacks, warning they came in response to Israel’s actions in Jerusalem. The rockets that Hamas fired injured a 49-year-old man, who was described as “in a moderate condition” after being injured by shards of glass.

A Palestinian man was also killed in the Israeli city of Lod after he was shot dead as protests continued inside Israel in solidarity with al-Aqsa and Gaza.

“There is no possible justification for children being killed or injured.”

Save the Children’s country director, Jason Lee told Middle East Eye that they condemn and demand an immediate stop to the indiscriminate targeting and killing of civilians, including children. Ahmed Aboul Gheit, the secretary-general of the Arab League said that Israel was responsible for a dangerous escalation in Jerusalem and they even called on the international community to stop the violence.

So far, 35 people have died from the attacks including 12 children and three women while 233 others have been injured by the air assaults on Gaza.

“The United States expressed “serious concern” about the violence in Jerusalem

Washington condemned the happenings as the Palestinian Red Crescent said at least 17 people, including one Palestinian paramedic, were wounded during peaceful demonstrations across East Jerusalem on Sunday evening. Celebrities such as international model, Bella Hadid, have also been vocally showing their support for the Palestinians on social media.

The hashtags #GazaUnderAttack, #SavePalestine, and #SaveSheikhJarrah are being heavily used by netizens all around the globe to protest the violence towards Palestinians and to create awareness. Citizens in London have also taken to their streets to protest the #FreePalestine movement.

London is protesting for a #FreePalestinepic.twitter.com/PzLiEKOTKz

UN Secretary-General António Guterres expressed his deep concern over the situation, including the escalation of violence in Gaza, “which add to the heightened tensions and violence in occupied East Jerusalem reported UN News.

“Malaysia also reiterated its regret over the violent attacks and continued invasion of the Israeli army against the Palestinians and Muslims who have been worshiping at the Al-Aqsa mosque since 7 May.”

Also Read: Yemen Is Currently Facing The Largest Humanitarian Crisis In The World But No One’s Talking About It 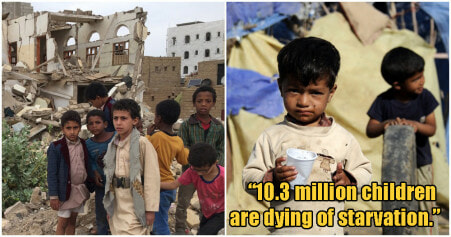