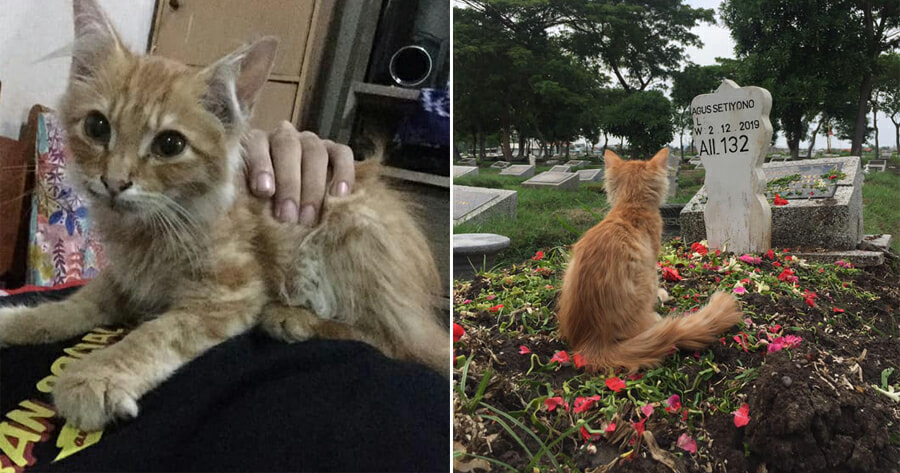 A Facebook user by the name of Fadhil Raihan shared how his cat called Rambo, became depressed and sick after his father passed away but immediately started recovering after he brought Rambo to his father’s grave.

The man from Indonesia shared that the Persian cat was adopted by his father and had a very special bond with him. Rambo would follow the owner everywhere and even be beside him when he sleeps. 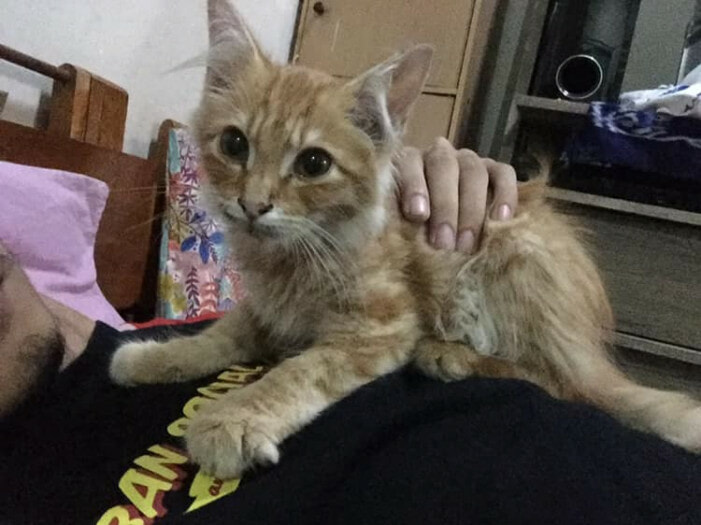 On the day the owner died, Rambo suddenly fell sick. His body became hot and he didn’t want to eat. But on the night of the Quran recital event for his late owner, Rambo perked up and listened as if he could understand them.

Once the event was over, Rambo’s health began declining again and started facing dehydration. He had to be brought to the vet for a few days, but even after he recovered, Rambo was not himself. His eyes had no life in them. 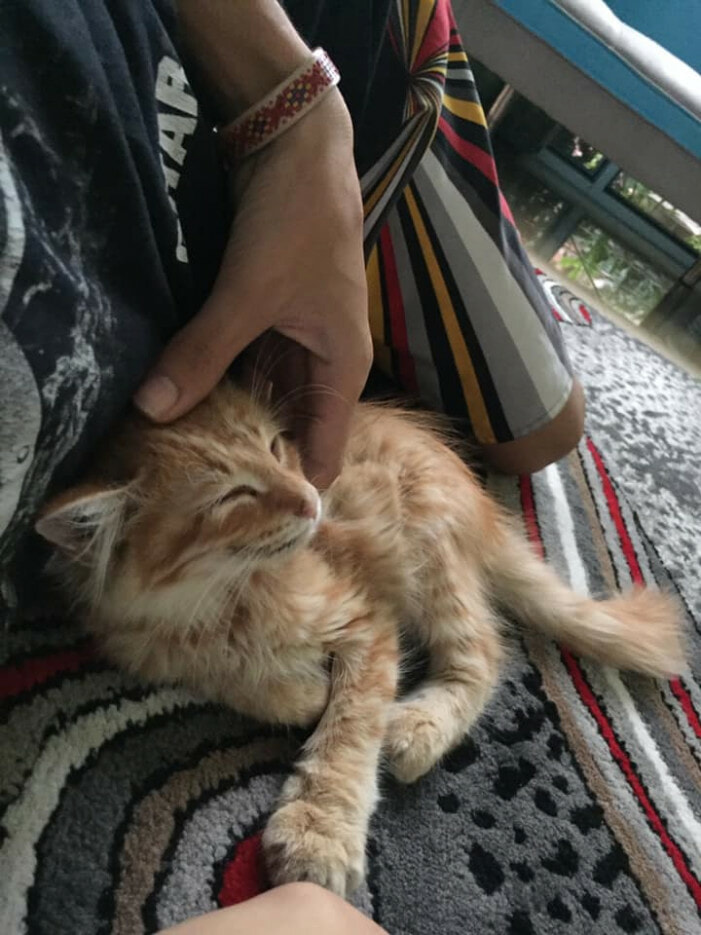 The vet then said that these were not symptoms of physical pain but emotional pain, which was evident in how he was just not excited about anything even though his body was physically healthy.

Fadhil then decided to bring Rambo to visit his father’s grave.

“When I was in my late father’s grave, Rambo just sat down while looking around. Then he walked alone with his eyes gazed towards my father’s tombstone and sat there silently while we all recited our prayers together,” Fadhil wrote. 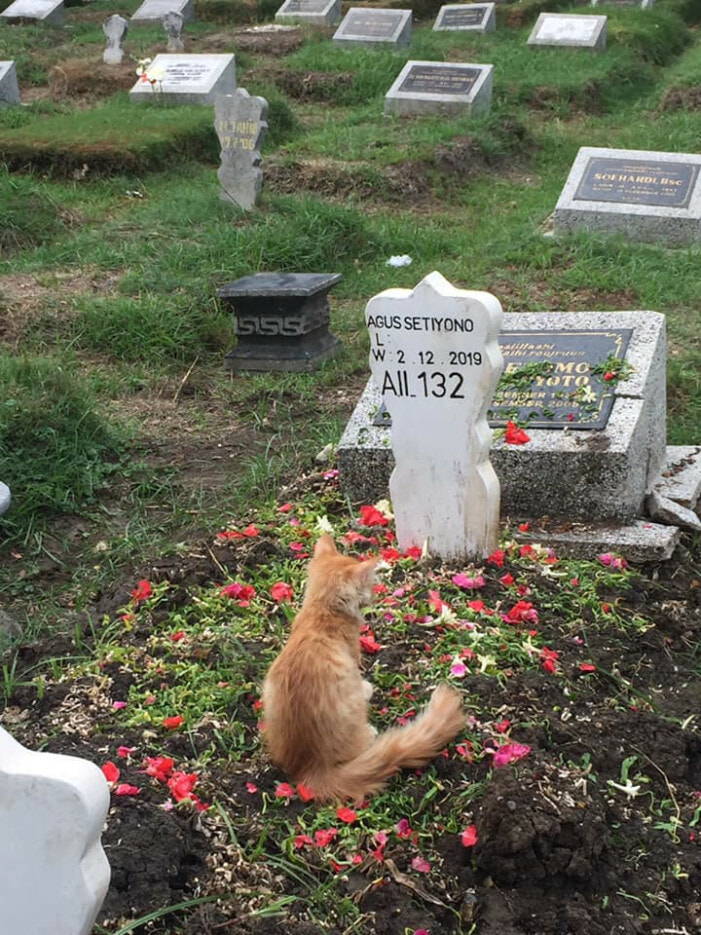 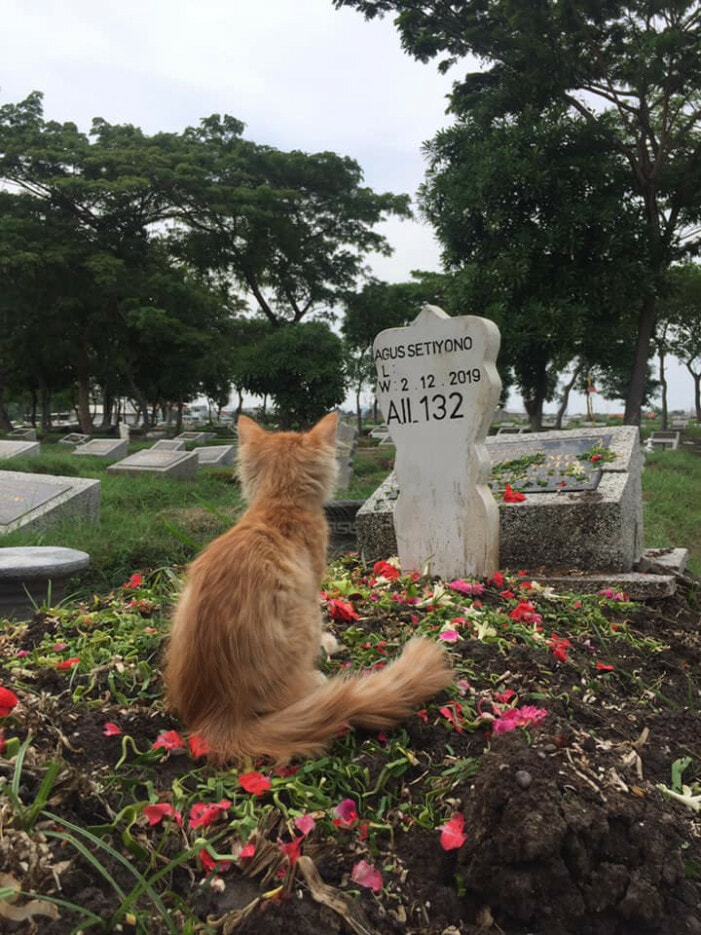 After they were done, Rambo kept his gaze towards the tombstone during the drive out of the cemetery while Fadhil and his family witnessed the moment.

Upon his arrival at home, Rambo started to eat and drink, and he began to recover!

This was where Fadhil realised that animals do experience the same feelings as humans when someone they love passes away, just that the way they express it could be different.

Aww, these precious animals need closure too. Good of Fadhil to bring Rambo to visit his father’s grave. 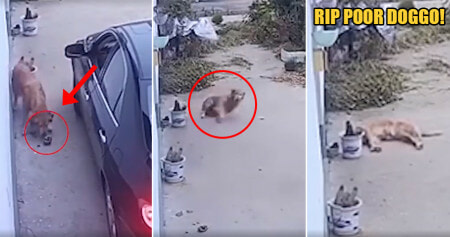